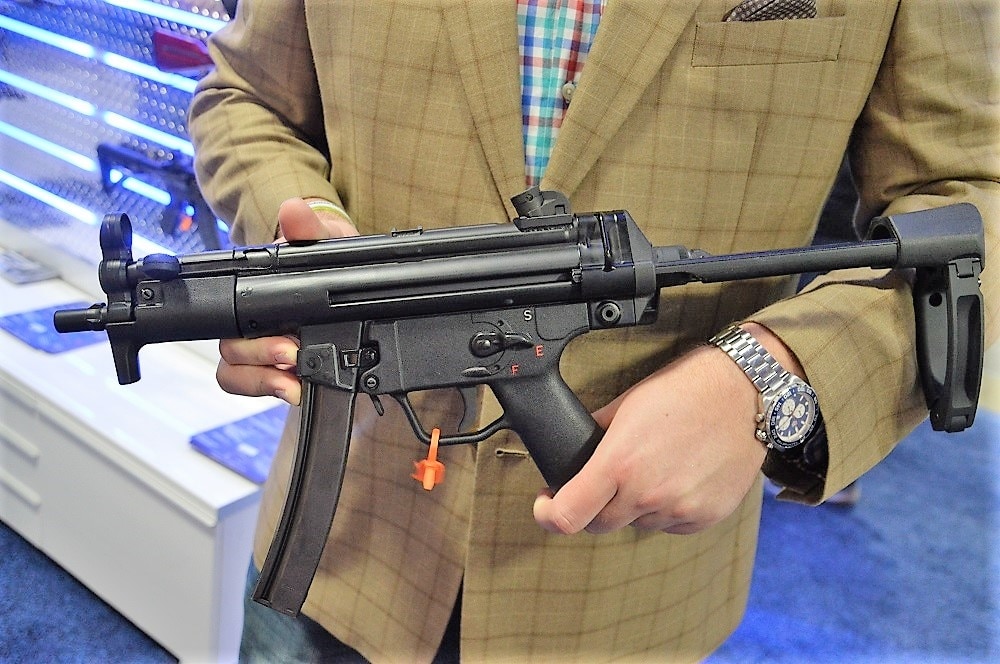 A natty Adam Ruonala of Palmetto State Armory showing off one of the company’s planned MP5 clones, the PSA5 (Photos: Chris Eger/Guns.com)

Companies to include Palmetto State Armory and  PTR kicked off efforts to bring MP5 style pistols and carbines to market, highlighting their current efforts at SHOT Show.

South Carolina-based Palmetto teased on ARFCOM prior to the premier firearms industry trade show in Las Vegas they had an MP5 fun gun in the works and delivered a concept gun to the show last week. 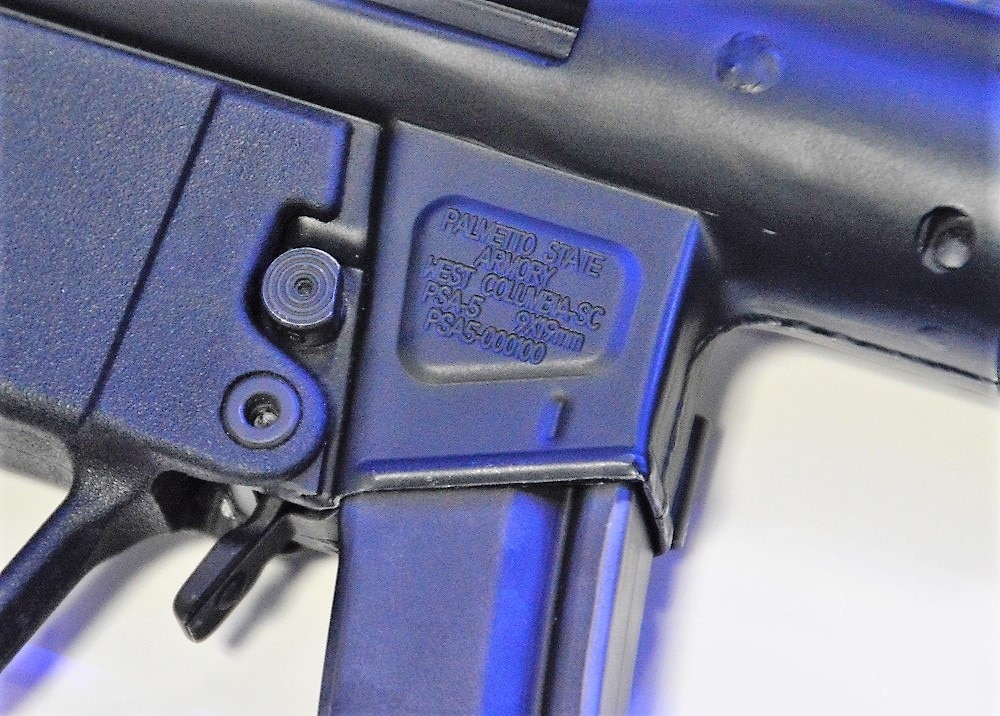 Adam Ruonala, chief marketing officer for Palmetto, told Guns.com the planned American-made PSA5 is supposed to come to market in 2019 in both an MP5K shortie as well as a more traditional model which boasts 100 percent compatibility with legacy HK designs. 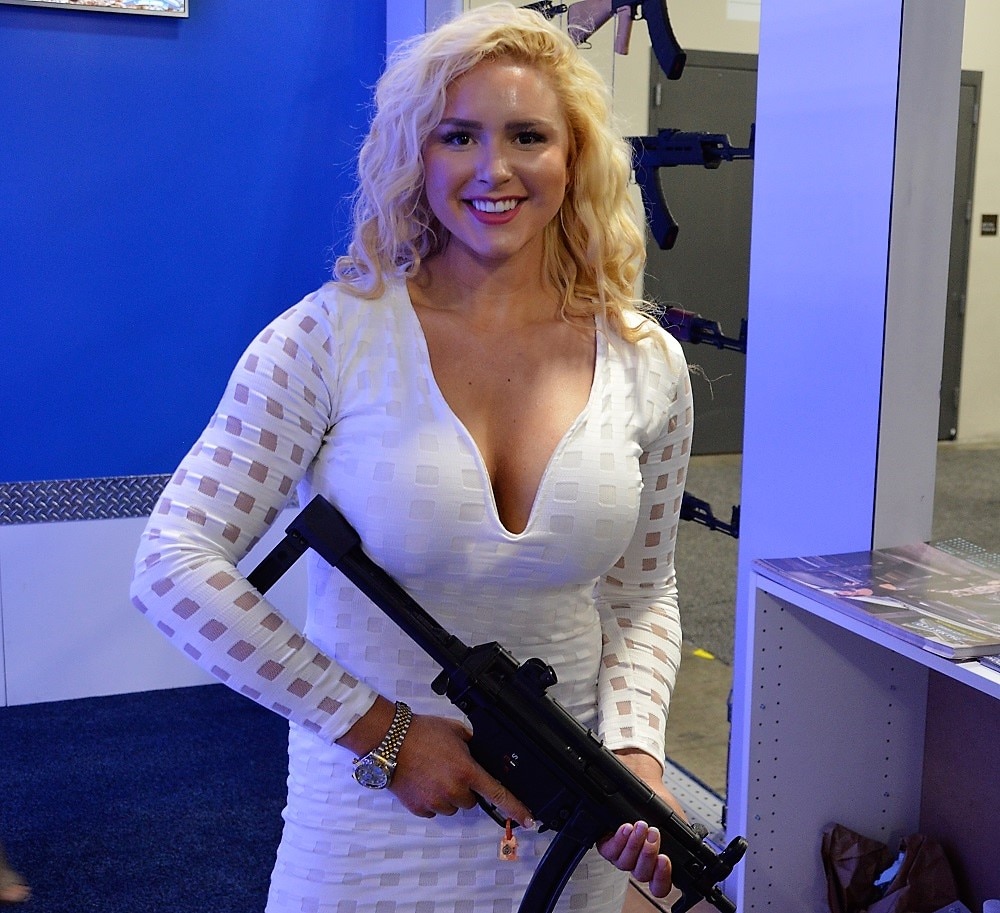 Another shot of the PSA5

While Ruonala was coy on the price, he did say it would be “considerably lower than anything out there” and the company would market $19.95 9mm mags as well. 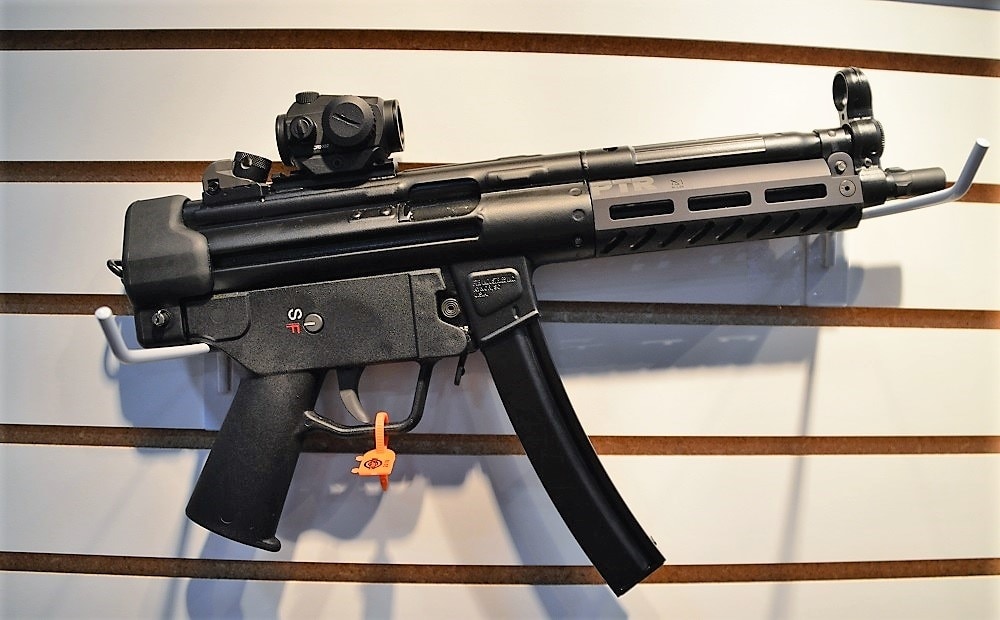 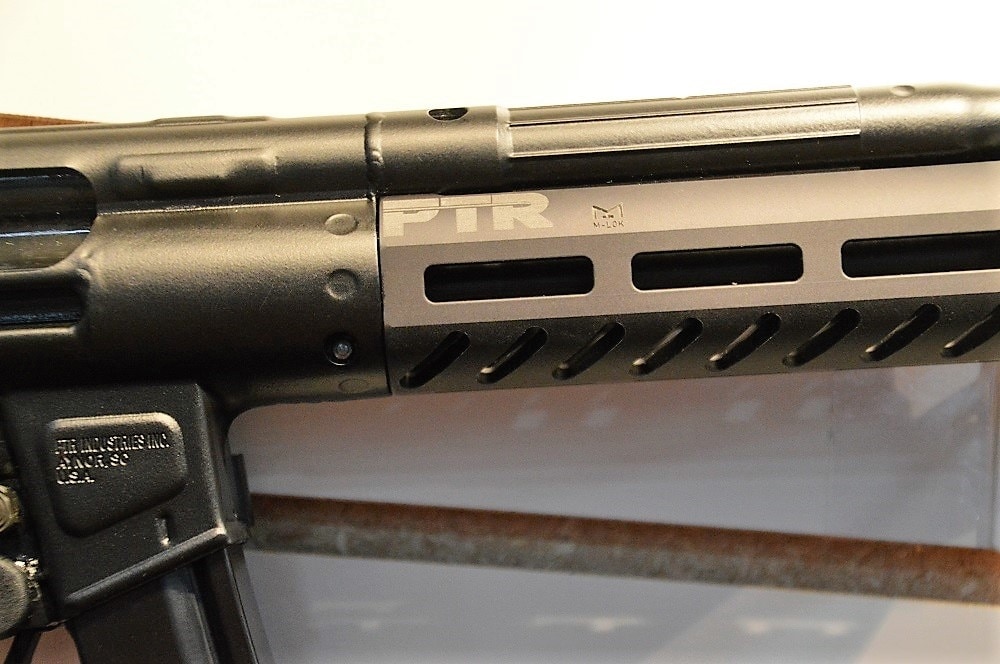 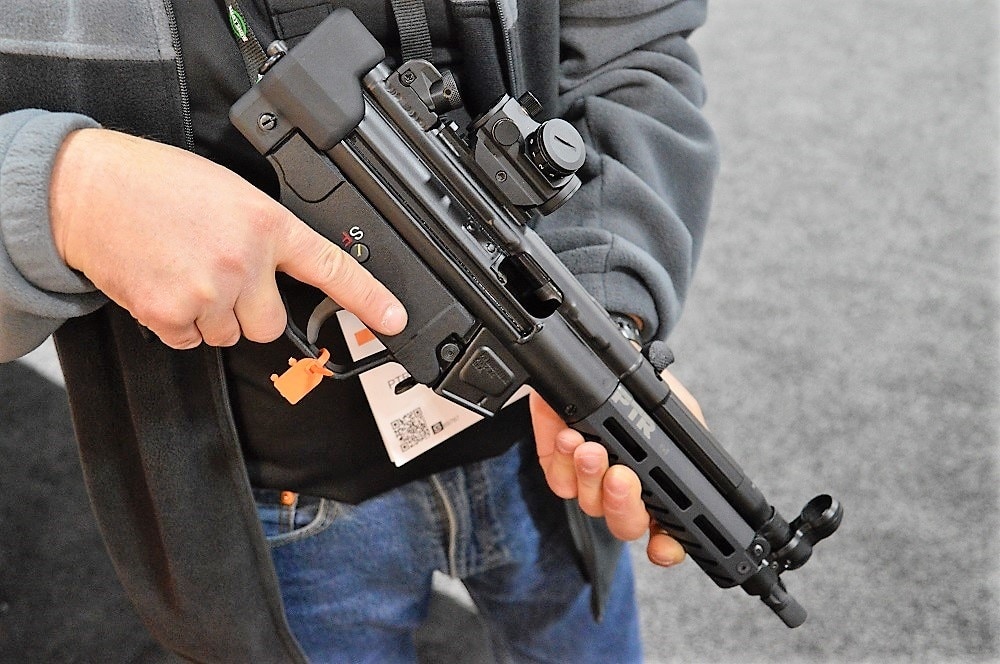 PTR officials say they are ready to start shipping in February

With an overall length of 17.6-inches, a 5-pound weight and $1,899 MSRP, the main difference between the pair is the CT comes with a threaded barrel.

Virginia-based Zenith, working closely with MKE of Turkey, has a new roller-locked .300 Blackout Z300 rifle, which is basically a scaled-up version of their Z43P and MSRP’s for $2,999. 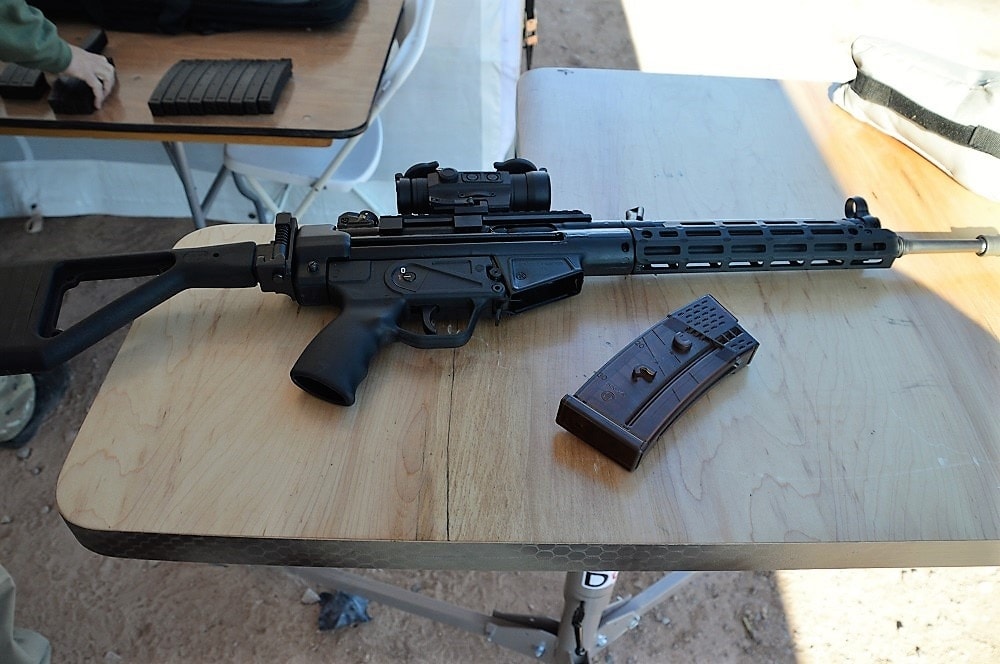 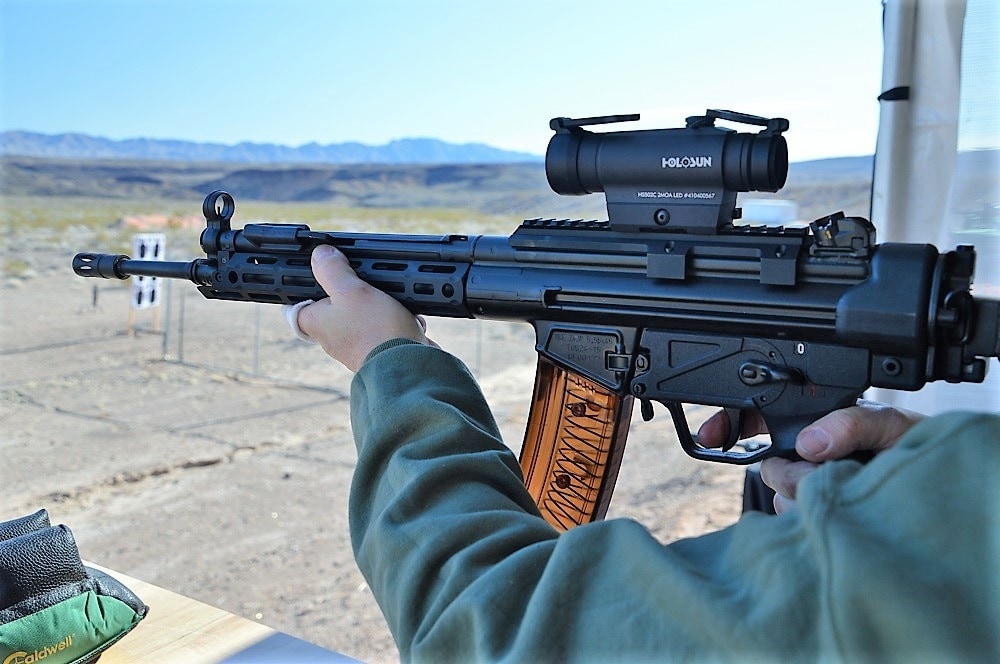 Of course, Zenith also had lots of their regular Z pistols and Z-5 carbines on hand as well. 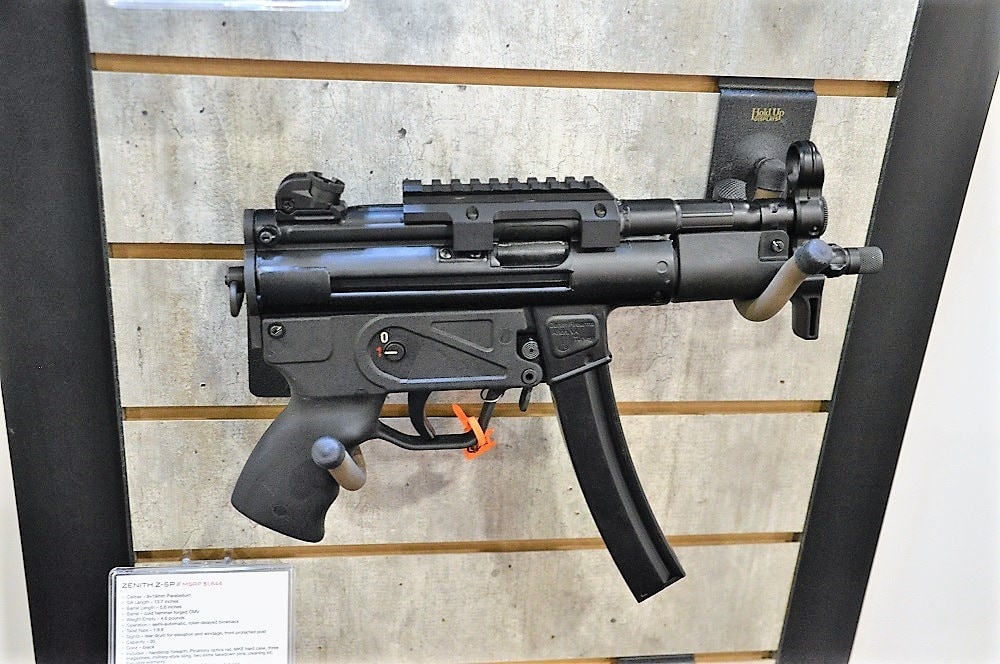 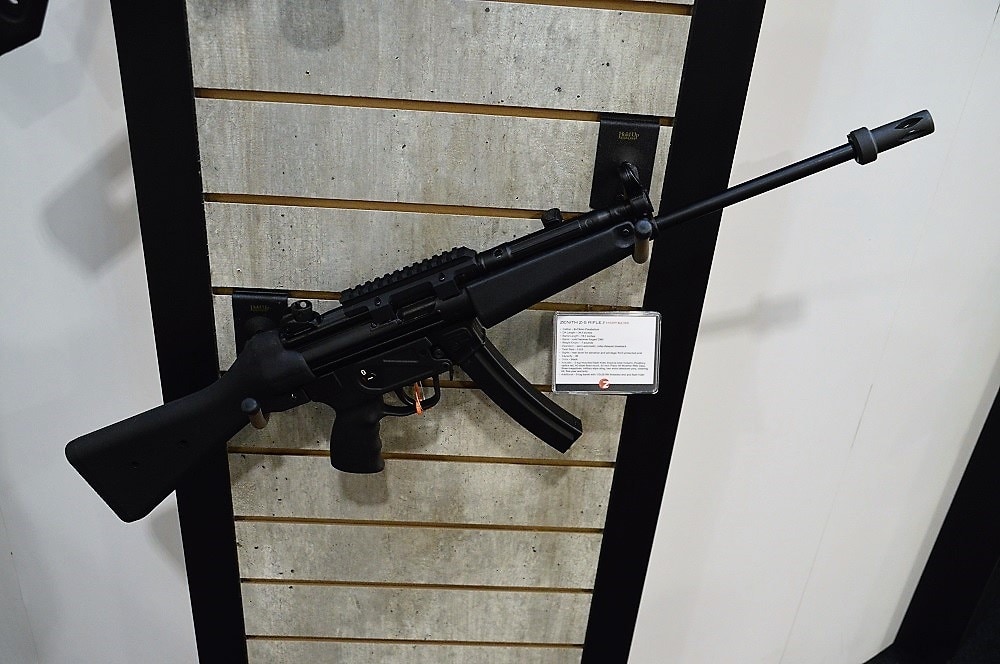 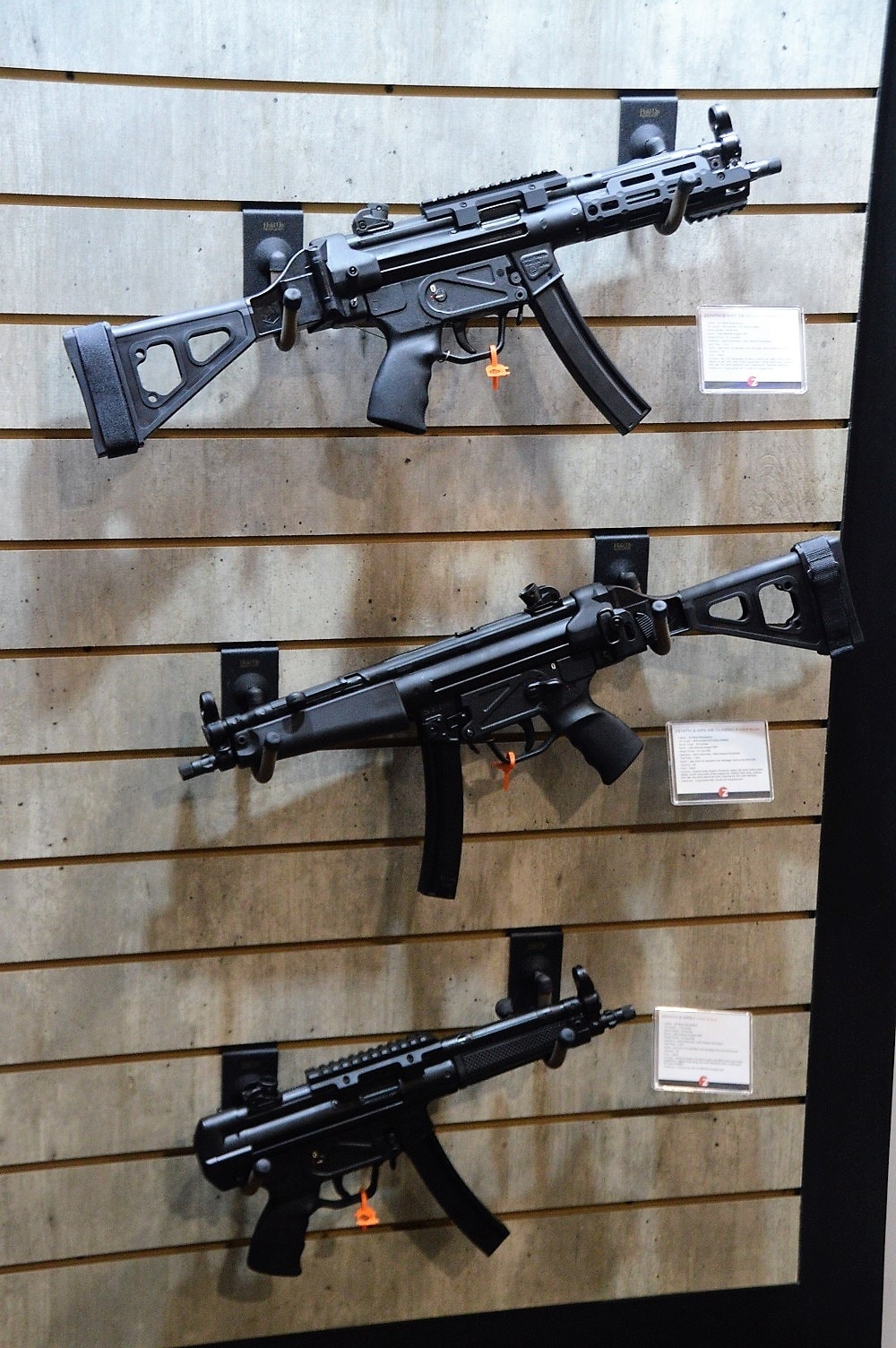 Then for something completely different, New Frontier has an AR pistol caliber lower that accepts MP5 mags on the way– because the way things are going there may be an MP5 clone in every home soon.