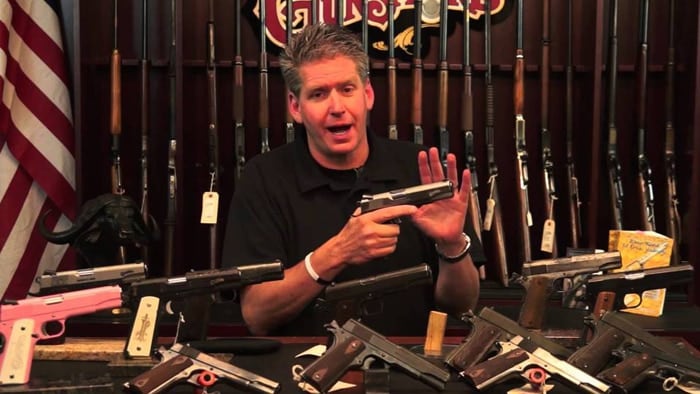 The former star of reality show “American Guns” was sentenced Thursday in a Denver federal court for conspiracy to sell guns without a license and tax fraud.

Richard Wyatt, 54, of Evergreen, Colorado, was ordered to serve 78 months in federal prison and had to forfeit 490 firearms. But the amount of restitution to the Internal Revenue Service will be determined at a future hearing.

“Even television reality stars are not exempt from the reality of our nation’s tax laws,” said Steve Osborne, an IRS special agent in charge of Denver’s field office. He added, “Today’s sentencing is a reminder that there are detrimental consequences for this type of criminal behavior.”

After a three-week trial last year, a federal jury convicted Wyatt on two counts of conspiracy, filing a false tax return and multiple counts of failure to file. In all, he failed to pay more than $500,000 in income tax. However, he pleaded not guilty to the charges.

At trial, prosecutors showed that Wyatt continued to operate the store Gunsmoke even though he lost his federal firearms license in April 2012. The store was the set of a reality show on the Discovery Channel from 2011-2012. The show focused on the store’s day-to-day operations as well as the relationships between Wyatt, his wife, their daughter and occasionally their son.

After surrendering Gunsmoke’s FFL, he changed the address on another license for another store to Gunsmoke’s address and continued to operate the store and offered gunsmithing services. He also falsified ATF paperwork and transaction records, so the other store operated as a “straw licensee.”

During transactions, employees would take payments and then direct customers to another store to complete a background check form and to take possession of a firearm.

“A man has to make a choice, and Wyatt chose wrong,” said U.S. Attorney Bob Troyer. “Unless your ambition is to serve a long sentence in the Federal Bureau of Prisons, selling guns illegally and cheating on your taxes are going to be bad choices.”