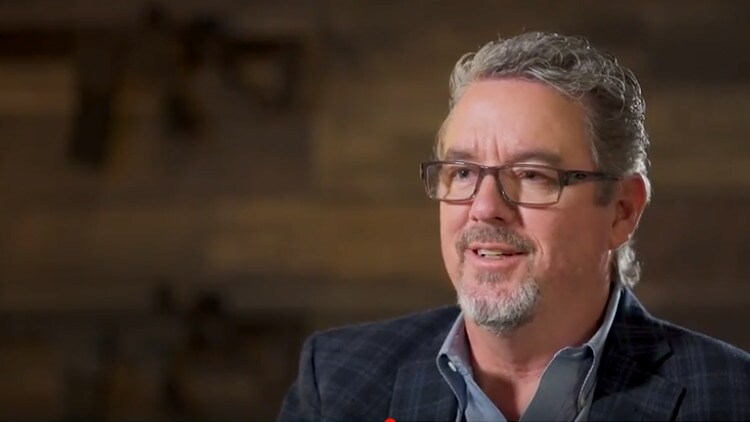 Even though the measure had already been endorsed by leading gun rights groups and the White House, the company’s owner, Marty Daniel, said on Monday that he was wrong to support the bill and cannot “in good conscience” support it any longer.

“I released the original statement because I believed it was the best option available at this time to hold back the continued attacks on the Second Amendment and the erosion of our rights,” he said in a message posted on the company’s Facebook page.

Daniel explained since releasing the statement on Friday, he had received “overwhelming feedback” that “brought to my attention that there are significant and justified concerns regarding this bill.” In Friday’s statement, Daniel called the bill “the only common sense approach to keeping firearms out of the hands of the wrong people” and asked Daniel Defense fans and customers to urge Congress to pass it.

Texas Republican Sen. John Cornyn filed the Fix NICS Act with co-sponsor Sen. Chris Murphy, a Democrat from Connecticut, to strengthen the effectiveness of the National Instant Criminal Background Check System. The bill would create incentives for state and federal agencies to promptly report disqualifying records to the FBI so NICS could better identify prohibited buyers.

The senators filed the bill in November, after a gunman murdered 26 people at a church in Southerland Springs, Texas. The gunman in that scenario had been convicted of domestic violence during his service in the Air Force, but the Defense Department failed to report the prohibiting details. The gaffe allowed him to pass the NICS check requested by the licensed gun dealer that transferred him the rifle would use in the attack.

The Fix NICS Act became a key component of a White House plan for preventing mass shootings, particularly at schools, after a gunman who had been making dangerous threatening comments to peers opened fire at a high school in Parkland, Florida, killing 17 people and injuring 15 others.

Even though President Trump had supported a similar measure of the same name, he said he opted for Cornyn and Murphy’s bill because it has bipartisan support and mass appeal. The other was tied to a partisan legislative package aiming to expand concealed carry to all 50 states and is unlikely to pass in the Senate.

The Fix NICS bill has also gained support from the two largest gun lobbyist groups, the National Rifle Association and the National Shooting Sports Foundation, as well as pro-gun control groups, which call it a step in the right direction.

Advocacy efforts led by students and victims in the Parkland attack have influenced corporate America to take action. Multiple financial firms and banks said they would review their policies about investing in the gun industry, a handful of retailers changed gun sales policies, and dozens of brands broke business relationships with the NRA. However, few gun companies have pushed for policy change. Those that had were public companies and therefore had obligations to answer to investors.

In response to a financial firm’s questionnaire, American Outdoor Brands defended industry standards and defaulted to the legislative guidance of the NSSF, a trade group that represents gun and ammo companies. Sturm, Ruger & Company also said it supports proper enforcement of existing laws.

Fix NICS has picked up 67 co-sponsors — including 34 Democrats, 31 Republicans, and two Independents — since it was filed in November. The bill was sent to the Senate Judiciary Committee in December, but it’s unclear when the committee will hear the measure.