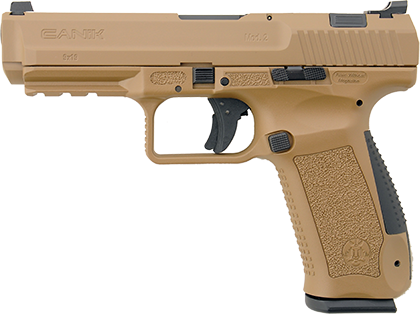 The striker-fired TP9SA Mod.2 features a flat top slide for better sight acquisition in addition to a top-slide-mounted disassembly button. The 9mm pistol, like its TP brothers and sisters, sports Warren Tactical sights that the company says allows for better and faster target acquisition and target-to-target transitions. 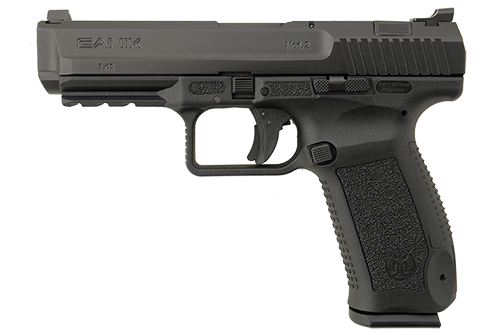 The gun comes in either FDE or black, pictured above. (Photo: Century Arms)

Featuring an aggressive stippling pattern on the grip, the frame allows for a secure grip under adverse weather conditions, according to Century Arms. Boasting an 18+1 capacity, the handgun is offered in either black or Flat Dark Earth.

“The TP9SA Mod. 2 is the next evolution of our time tested, proven, and incredibly popular TP9SA,” Jason Karvois, Century Arms Director of Sales, said in a press release. “With a refined slide profile, new Warren Tactical sights, enhanced decocker, and a retail price of $399, the new and improved SA Mod.2 is sure to continue to be one of our most popular models.” 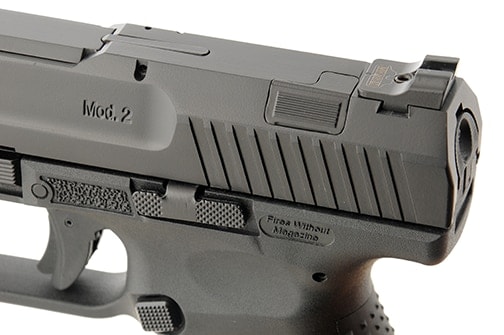