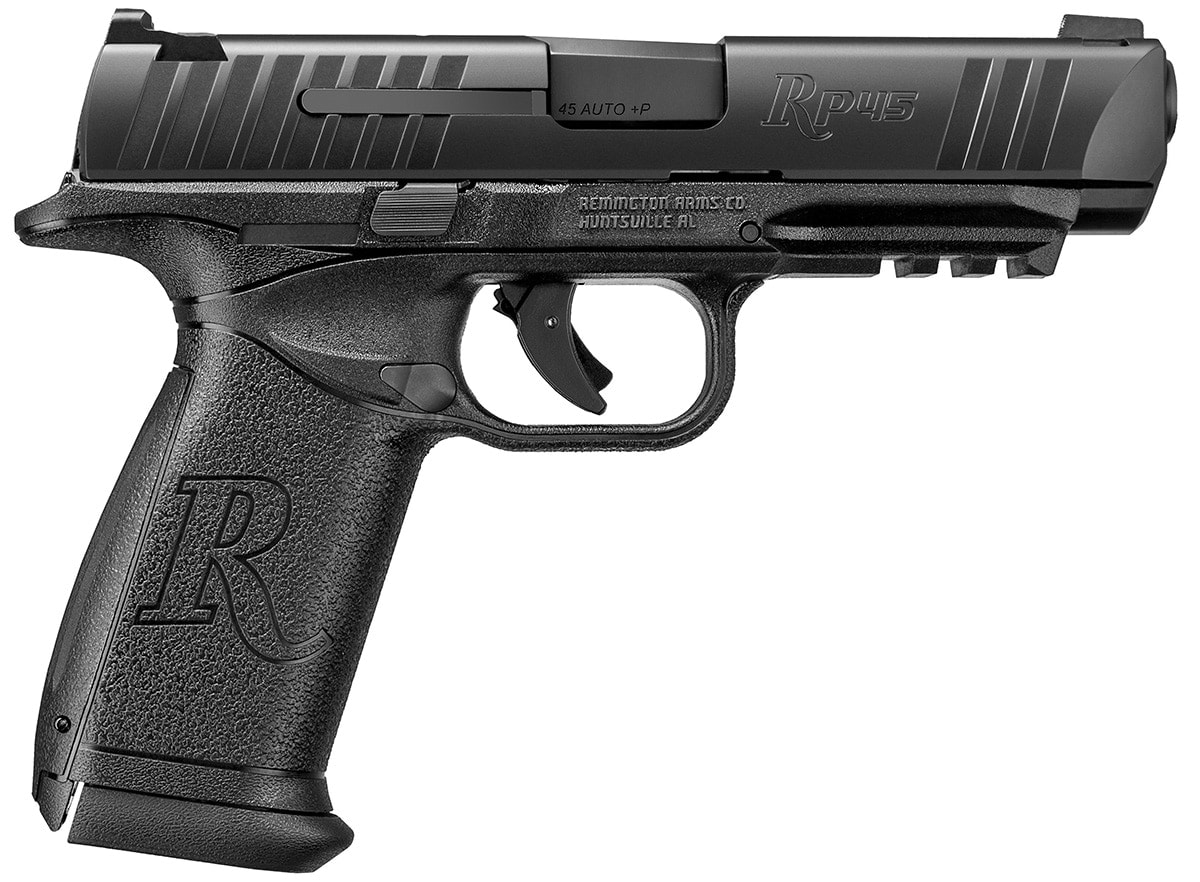 Remington’s RP45 and RP45 Night Sight are can now be purchased nationwide, according to the gun maker who announced the pistols are available at retail stores.

The striker-fired RP45 joins Remington’s RP line which already offers a 9mm option in the RP9. The RP45, as its name implies, is chambered in .45 ACP with a 15+1 round capacity. Available with three-dot tritium night sights in the Night Sight model, Remington says the pistol has been designed to fit 95-percent of all shooters with an optimized grip. The RP45 ships with interchangeable back straps in sizes small, medium and large to further accommodate shooters of various hand sizes. 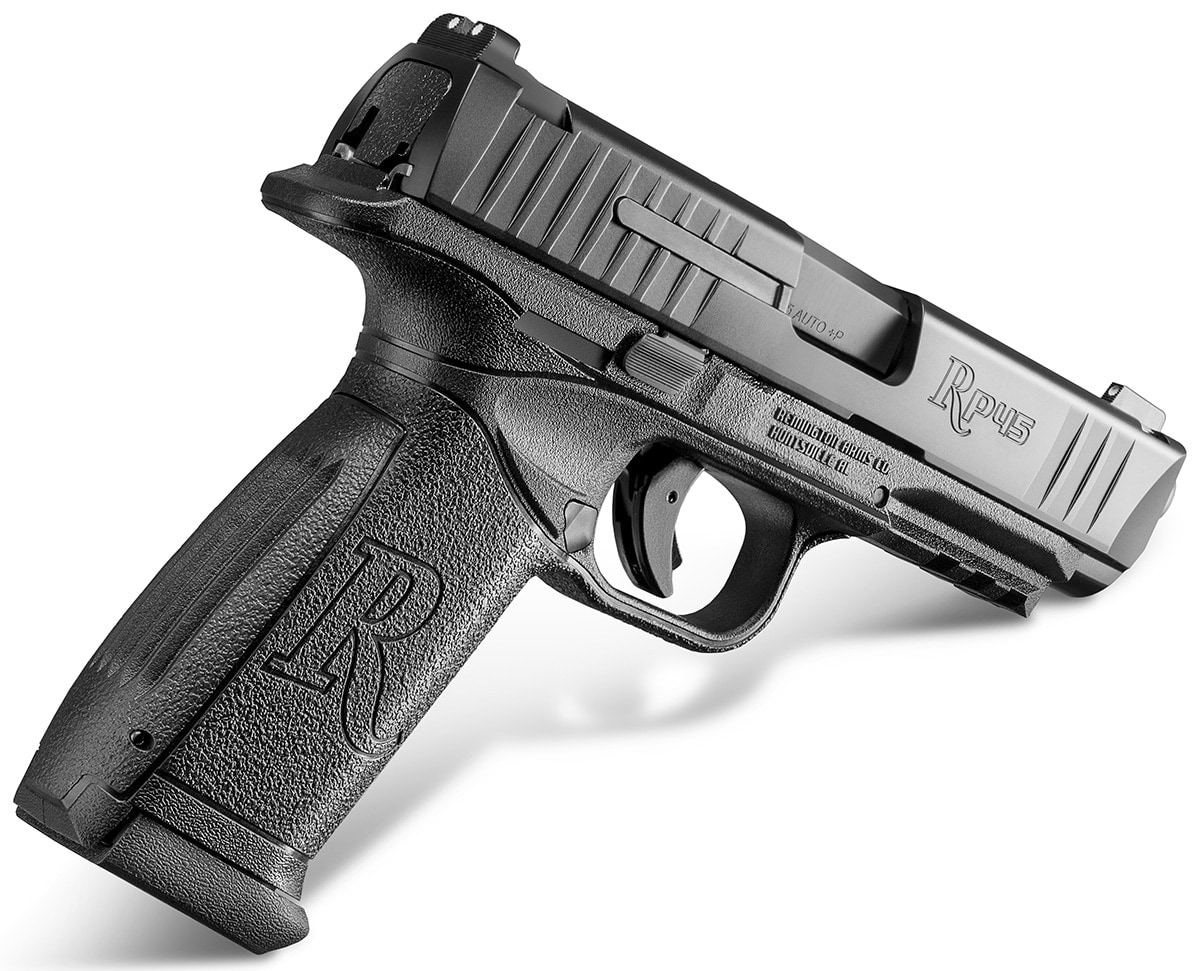 The grip boasts a small circumference which the company says works to fit hands of various sizes better. (Photo: Remington)

Rounding out its attributes, the pistol boasts an ambidextrous slide release for lefties or righties and sports a Picatinny rail for optics mounting.

“Durable, versatile and supremely consistent from shot-to-shot, the Remington RP45 allows you to live ready with the confidence you seek,” Remington said in a press release.

The RP45 comes with the interchangeable backstraps and two magazines, retailing for $418. 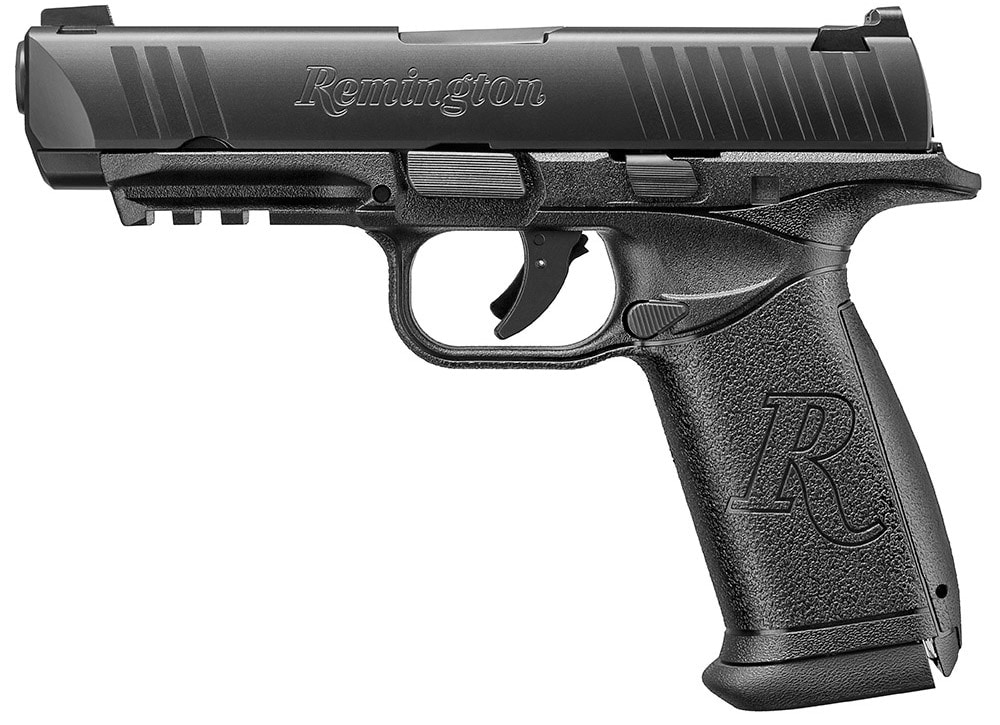