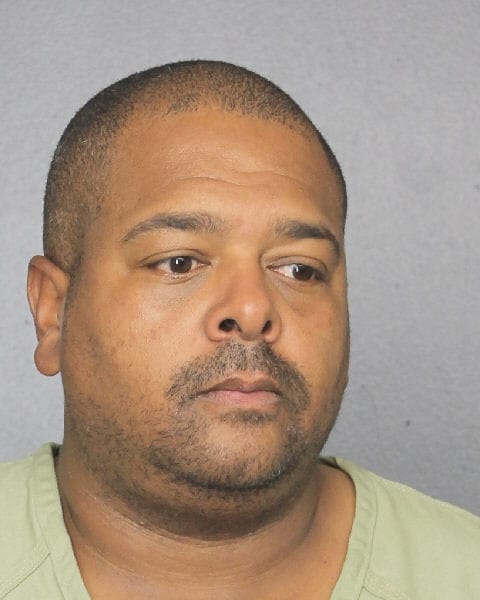 A teacher at the high school in southern Florida where 17 died in a mass shooting in February left his gun in a public bathroom over the weekend, according to multiple media reports.

Sean Simpson, 43, teaches chemistry at Marjory Stoneman Douglas High School in Parkland, Florida. He faces one count of unsafe storage of a firearm after he left his Glock 9mm handgun behind in a bathroom at the Deerfield Beach Pier on Sunday.

A drunk homeless man found the gun and fired it, according to a report from the Orlando Sun Sentinel. Broward County Schools Superintendent Robert Runcie told the newspaper Simpson remains on the job and won’t face disciplinary action — yet.

“We wouldn’t take any action at the school until there’s a final disposition,” he said. “Then we would decide if an investigation or discipline is warranted.”

“Would I have been able to stop this gentleman with a semiautomatic weapon? I’m not sure. Would I have liked to have had the opportunity? I’m not sure I would know the answer. Maybe,” he said during the interview. “Some of us are willing to take training if it was offered to be another line of defense.”

The Florida Legislature last month approved $400 million for increased school security and $67 million for a “guardian” program aimed at connecting volunteer armed school personnel with official law enforcement training. The Broward County School Board voted against participating Tuesday, according to the newspaper.