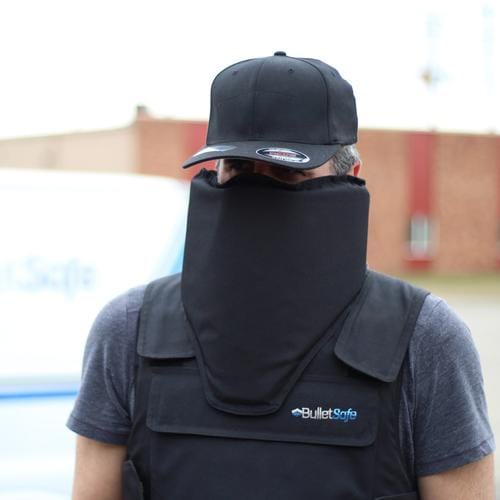 Nardone’s concept takes the same material used in bulletproof vests and works it into a bandana style approach that aims to protect the neck area. Weighing 1.8-pounds, the BulletSafe Bandana is said to stop nearly all handgun rounds including .44 Magnum.

“It protects your neck, your upper chest, and your lower face from bullets.” Nardone said in a news release announcing the product. “It looks cool too. You can duck down into it like a turtle or stick your neck out of it to be friendly and talk to people.”

Nardone is the son of Tom Nardone, President of BulletSafe Bulletproof Vests. The company specializes in designing and supplying bulletproof products. The younger Nardone developed the idea for his bandana at the tender age of nine. After building prototypes alongside his dad, the two eventually finalized the BulletSafe Bandana’s design.

The BulletSafe Bulletproof Bandana is available through BulletSafe’s website, featuring a MSRP of $129.