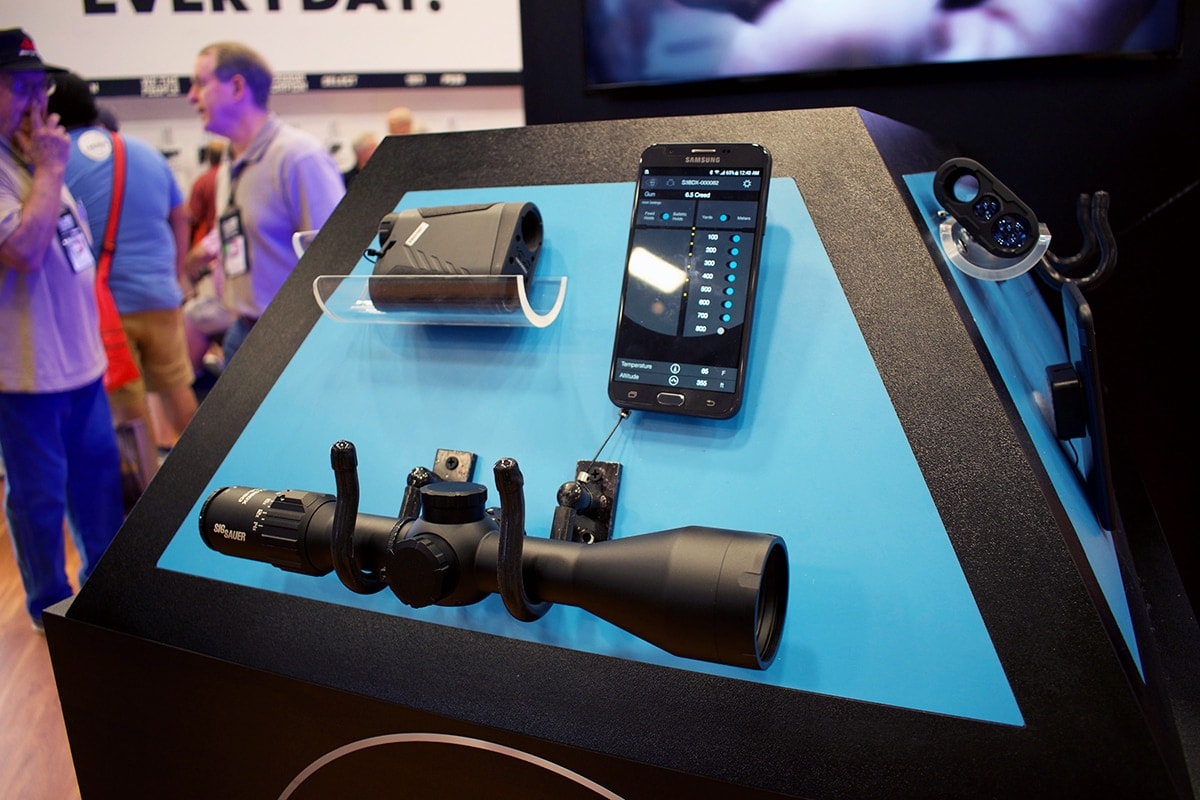 The Sig BDX tech allows the rangefinder to “talk” to the scope delivering key information such as holdover to the scope itself. (Photo: Jacki Billings)

Sig Sauer introduced the BDX to a gathering crowd of gun owners at the NRA’s Annual Meeting in Dallas last week.

In the field, users range the target as usual. The Kilo BDX rangefinder will use its onboard Applied Ballistics Ultralight to send the dope to the scope via Bluetooth. Using the ballistic profile, the ballistic solution is calculated for the target and will illuminate on the BDX-R1 Digital Ballistic Reticle displaying windage and elevation holds int he Sierra3DBX.

“Rangefinding riflescopes of the past have had two major shortcomings: they are either big, boxy and heavy, or extremely expensive,” Andy York, president of Sig Sauer Electro-Optics, said in a statement.“The revolutionary and affordable BDX system packs advanced ballistics technology into a simple platform that looks just like the rangefinder and riflescope that every hunter is using today. It is extremely simple to use; range a target, put the digital ballistic holdover dot on target, pull the trigger, impact. Incredibly accurate and extremely simple, just connect the dot.” 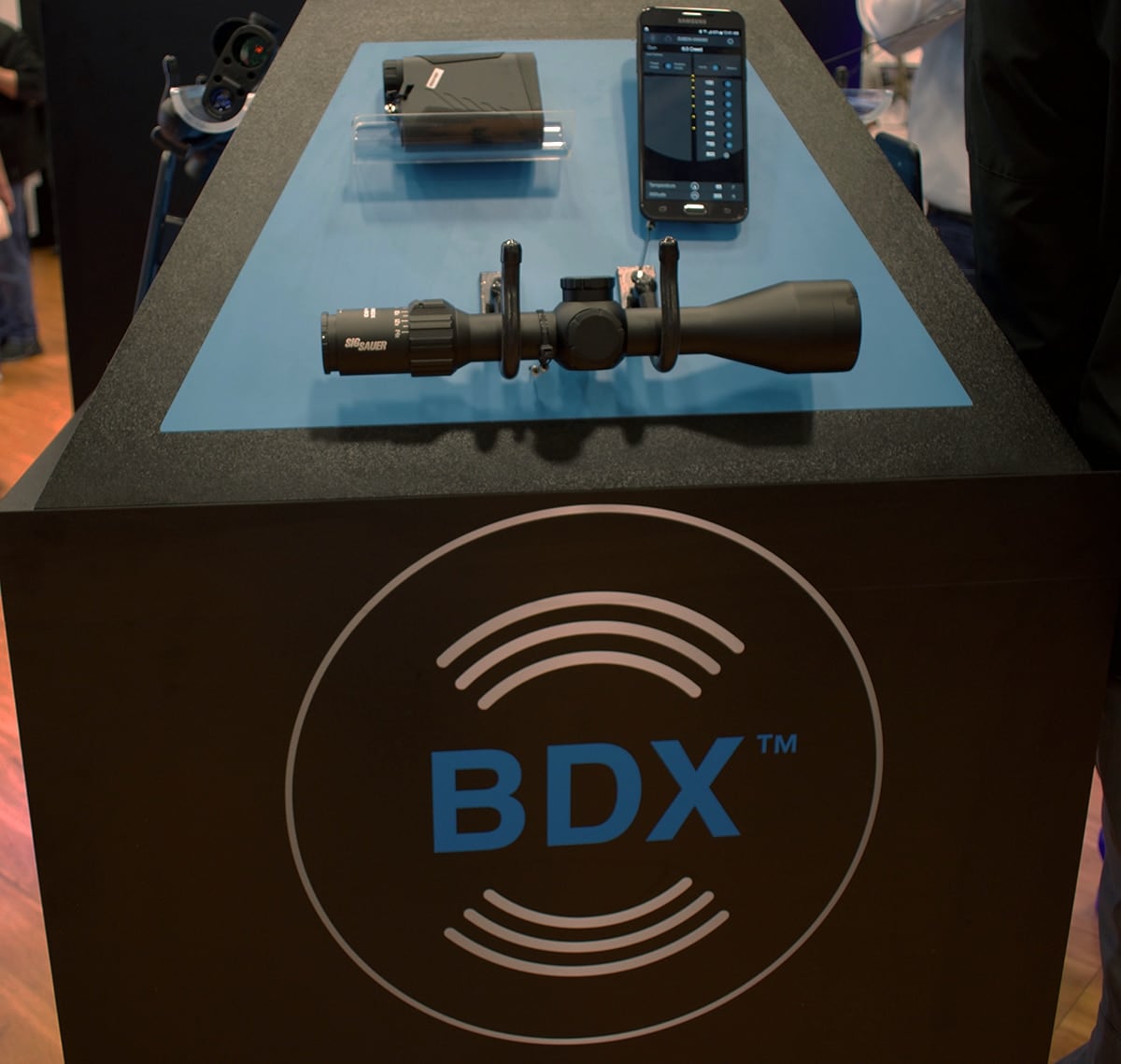 The lineup features a series of riflescopes and rangefinders along with a downloadable app. (Photo: Jacki Billings)

In addition to offering ballistic calculations the series also boasts a unique feature called the KinEthic. The KinEthic offers assistance to ensure that hunters achieve an ethical hunt by indicating when energy on target drops below a threshold that can be set by users in the app.

“Ethics in hunting are a contract we make with ourselves based on the standards we as sportsmen adhere to as a group, what we feel good about personally, and respect for the game and our hunting traditions,” said York. “KinEthicis a feature that asks the hunter to make an educated and ethical decision beforehand by taking into consideration what the velocity and energy capabilities of your bullet and load are to deliver a killing shot. It then lets you know if the shot you are about to take will fulfill this contract. If not, it provides a visual affirmation to stalk-in closer. Knowing your maximum effective hunting range is more than just knowing what you can hit.”

Available at dealers beginning in July 2018, the Kilo BDX rangefinder line starts at $299 while the SierraA3BDX scopes start at 4599.