Meet the NRA's 'good guy with a gun' 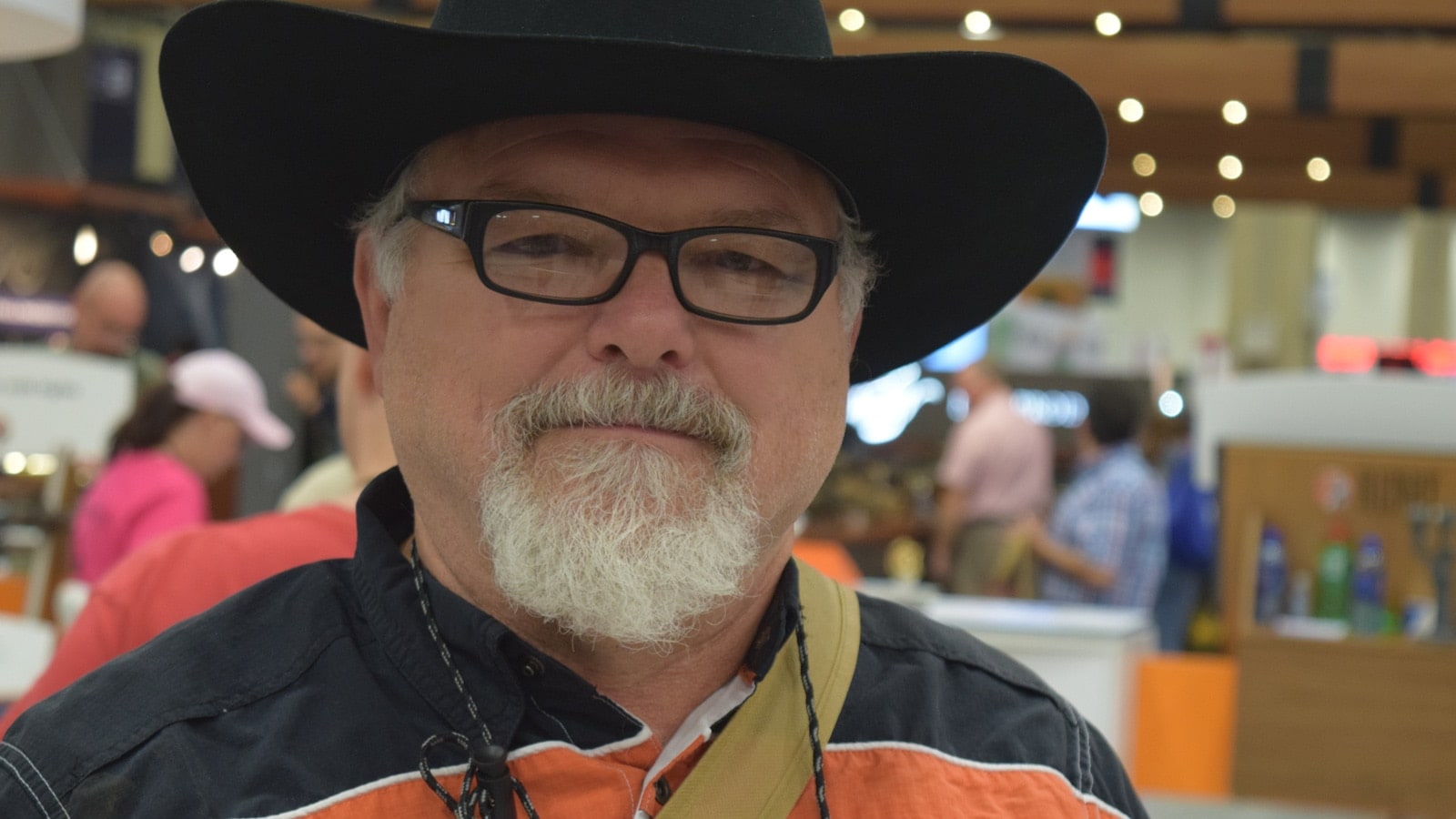 Stephen Willeford on the show floor during the NRA annual convention in Dallas on May 5, 2018. It was around 5:30 pm and he was anxious to get his seats at the Charlie Daniels concert later that night, but he still stopped to give a quick interview. (Photo: Daniel Terrill/Guns.com)

At the National Rifle Association’s annual convention in Dallas this year, the organization and guest speakers assigned a face to the good guy with a gun theory. Normally, the concept is exemplified by those in law enforcement or military, who are already expected to take action amid a crisis, but this year they had a civilian representative. An honest-to-God good guy with a gun. That face belonged to Stephen Willeford.

Speech after speech throughout the event rehashed details about Willeford’s heroic actions when he confronted a gunman last November at a church in Sutherland Springs, Texas. They mentioned how Willeford sprung into action when he heard gunfire. Because the gunman had on tactical gear, Willeford retrieved an AR-15 from his gun safe. How each gunshot Willeford heard represented, in his mind, a friend or neighbor dying, so he grabbed his rifle, a handful of ammo, and ran barefoot to confront the killer.

Despite his hasty preparation, Willeford’s performance couldn’t have been better. He took cover behind a truck, placed well-aimed shots that struck the gunman twice — in the leg and torso — and caused him to drop his rifle. Then, as he tried to flee in a car, Willeford waived down a driver and jumped inside the truck. With the stranger driving, they pursued the gunman.

After a short chase, the gunman crashed his car and police swarmed in. Yelling for the gunman to step out of his car, Willeford mistakenly thought they were giving him orders, so he tried to comply. But over a megaphone, they clarified that they didn’t consider him — the good guy with a gun — a threat.

The horrific incident that took the lives of 26 people and injured another 20 had an atypical ending. Few mass shootings have ended that way. Half the time the gunman kills himself or in the other half he’s either killed by police or arrested. But the NRA and Willeford are hoping to change that.

During the show, Willeford was the subject of multiple speeches, gave a speech himself and he participated in interviews on NRA’s network shows. Seeing so much of him in the spotlight, it felt like the three-day event was dedicated to rehashing his actions on Nov. 5. It looked exhausting for someone who doesn’t have to be “on” all the time like politicians or media personalities. But when I caught up with him on the exhibit floor late Saturday, to my surprise, he wasn’t tired of it at all.

“I’ve tried to stay somewhat anonymous. It’s almost impossible. I have a lot of people that want to talk to me and that’s cool. That’s cool,” he said. “I don’t want to not talk to someone who wants to speak with me. And I have a message to tell when I do.” His message had two parts. First, he sees himself as a sheepdog watching over the sheep and Jesus Christ as his shepherd. Second, he wanted people to “get the mindset of being a survivor and not a victim.”

Yet, with details about his actions already well documented, I was less interested asking about his story. I knew he walked the walk, so I wanted to know what drove him to promote his message. Willeford, the soft-spoken Christian, motorcycle-riding, family man. I wanted to hear how he talked the talk.

I asked him how he became the star of the show, which, he said, he didn’t think he was. “(The NRA) called me and they wanted me to talk,” Willeford said. “Being in the spotlight is not something I really care to do. And I don’t know about you, whether you noticed, (but) I haven’t given a whole lot of interviews. I give interviews to the people that I don’t think will twist things and I’m hoping you won’t.”

Well, I hope not either.

Willeford explained that he trusted the NRA over other organizations. He called the group “excellent” and “just a superb organization.” He’s been a member most of his life and even taught NRA firearm courses. “I love the NRA,” he said. But his love for the NRA also extended to gun rights. He said he agrees with other gun rights groups, but thinks his “money (could) be put to best work with the most powerful group.”

“You wanna push Gun Owners of America, man, I am all for it. But remember the NRA. We need to stand with one voice. And the NRA has over 5 million members and pushing to 6 million and that’s hard to stop,” he said. “It’s a juggernaut.”

Willeford said he disagrees with gun control advocates who push for tighter gun regulations. Although their intention is preventing future tragedies like what happened in Sutherland Springs by limiting how you buy a gun and what kind, he just doesn’t see it as realistic. “If you can show me the plan that takes guns away from every one of the bad guys in this world and ensures that they’ll never pick up another gun again, I’ll turn mine in right along with them,” he said.

Instead, he sides with gun rights advocates who argue such tragedies are unpreventable and that the government should loosen regulations to give potential victims more opportunity to stop an attack when it happens. “In this world, there’s a handful of bad guys and hundreds of good guys,” he said. “That’s what people don’t understand … and if all the good guys turned in their firearms there’d still be a million — millions — of firearms out there with bad guys.”

In the aftermath of the Sutherland Springs shooting, investigators found that the gunman had convictions that would have labeled him a prohibited buyer. Yet, he obtained and kept his firearms through a series of loopholes and missteps by the government. Most lawmakers in both parties sought to correct those issues. Whether or not they would have certainly prevented the attack is up to speculation, but I think most would agree that in Sutherland Springs on Nov. 5, Willeford was a good guy with a gun.