The military of the Philippines had warehouses full of vintage M1 rifles. Getting them back to the U.S. was an epic struggle.

The Garand Collector’s Association, which has been helping the Civilian Marksmanship Program inventory and classify a literal shipload of repatriated M1s, produced the above video chronicling the return to the states of some  86,000 Garands loaned to the Philippines over the years. Fighting poor storage, threats of critters and hazardous materials, the CMP invested millions in cleaning the guns, packing and sending them via truck, train and ship back to Alabama. 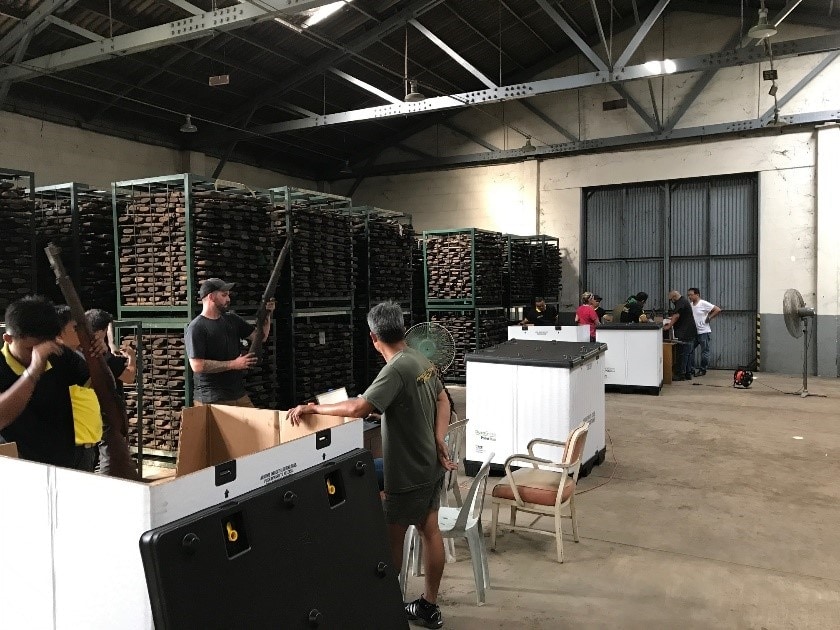 “It goes almost without saying that accurately accounting for and transporting approximately 90,000 small arms from the other side of the globe is challenging under any circumstances,” noted the Army’s Defense Logistics Agency in their coverage of the event. “Throw in termite infestation, monsoon season, and asbestos contamination, and you will have a recipe for disaster.”

The good news is that, while some of the guns are in bad shape and have been bubbafied by Filipino field gunsmiths unknown, others are in amazingly good shape.