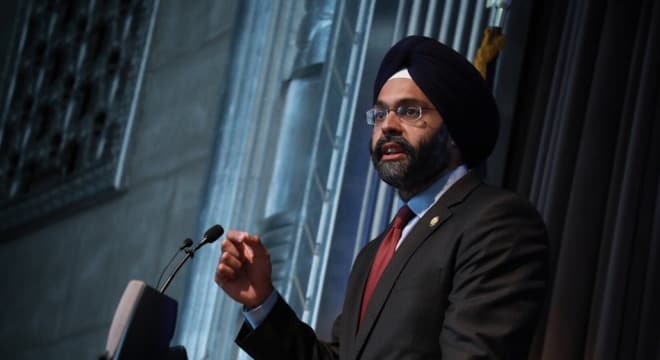 Grewal’s action targets unnamed “ghost gun makers” who he argues advertises build and kits to New Jersey residents with possible civil action under New Jersey’s Consumer Fraud Act, with as much as a $10,000 penalty for initial offenses. He holds that fraud is committed because the makers do not disclose that possessing a firearm classified under state law as an unregistered “assault weapon” in New Jersey is a crime.

“As the chief law enforcement officer for New Jersey, I demand you stop selling and advertising unregistered and unserialized assault weapons to New Jersey residents,” Grewal says in the letter. “Should you fail to comply with this demand within 15 days, my Office will initiate legal action.”

Grewal, 44, is the former prosecutor of Bergen County and was appointed by Democratic Gov. Phil Murphy in January to replace Republican Gov. Chris Christie’s Attorney General Christopher Porrino. Another recent appointment by Murphy is attorney Bill Castner to a newly created “gun czar” position focusing on new firearms regulations and policy. Castner formerly represented U.S. Rep. Gabby Giffords’ gun control group, and he weighed in on the state’s new stand on unfinished receivers in a statement issued through Giffords.

“Once again Governor Murphy and our Attorney General are delivering on their commitment to take aggressive actions to protect New Jerseyans against dangerous and illegal firearms,” said Castner. “The ghost gun industry needs to be — and will be — closed for business in the Garden State.”

In 2017, Giffords argued that GhostGunner.net and GhostGuns.com should be taken offline because they allow individuals who may be legally barred from buying a firearm to purchase kits that allow them to assemble guns themselves. As such, they contend the companies’ ISPs– Shopify and Dreamhost, respectively– are contractually entitled to shut the websites down. Both sites are still operational.