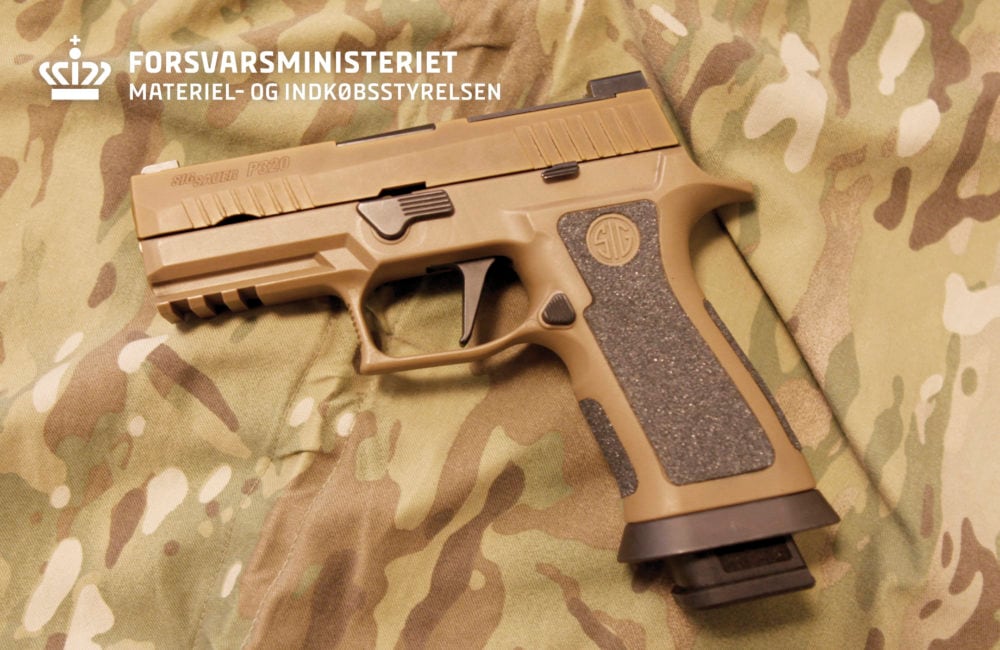 Denmark chose the Sig P320 X-Carry to replace the Sig P210 pistols they have used for more than the past half-century. The latter of which in turn replaced the M1910/21 Bergmann and Lahti M40 handguns in 1949 (Photo: Danish Ministry of Defense)

Following an evaluation that stacked the X-Carry against the Glock 17 and others, the Danish Ministry of Defense elected to stick with Sig. Tentatively announced in Denmark a few months ago and confirmed by Sig Sauer this week, the P320 X-Carry will replace all of the handguns in the Danish military and serve with the country’s Army, Navy, Air Force, and Special Operations Command.

The gun was tested in a month-long competition against the Glock 17 Gen 5, Beretta APX, and Canik TP 9 SF to replace the classic but obsolete Forsvarets M/49 “Neuhausen” pistol, the Danish designation for the Sig P210 adopted after World War II. The P320 was the unanimous choice after evaluators ran the handgun through grueling field tests followed by accuracy, drop and safety tests. When compared against the legacy Sig, the X-Carry has more than double the magazine capacity (17 or 21 vs. 8) and the capability to use suppressors, tactical lights, lasers and red dot sights. In Danish service, the X-Carry will mount XRAY 3 night-sights, use an enhanced grip with deep trigger guard undercut, flat trigger and extended removable mag well.

The X-Carry spent a month being evaluated against the Glock 17 Gen 5, Beretta APX, and Canik TP 9 SF, coming out on top. (Photo: Danish Ministry of Defense)

“By far Sig Sauer’s P320 X-Carry outperformed the competition throughout our rigorous and stringent testing process,” said Tom Elvius-Brisson, chief of the weaponry branch of the Danish Defense Acquisition and Logistics Organization. “The P320 X-Carry pistol is the modern firearm we were looking for to support our soldiers.” 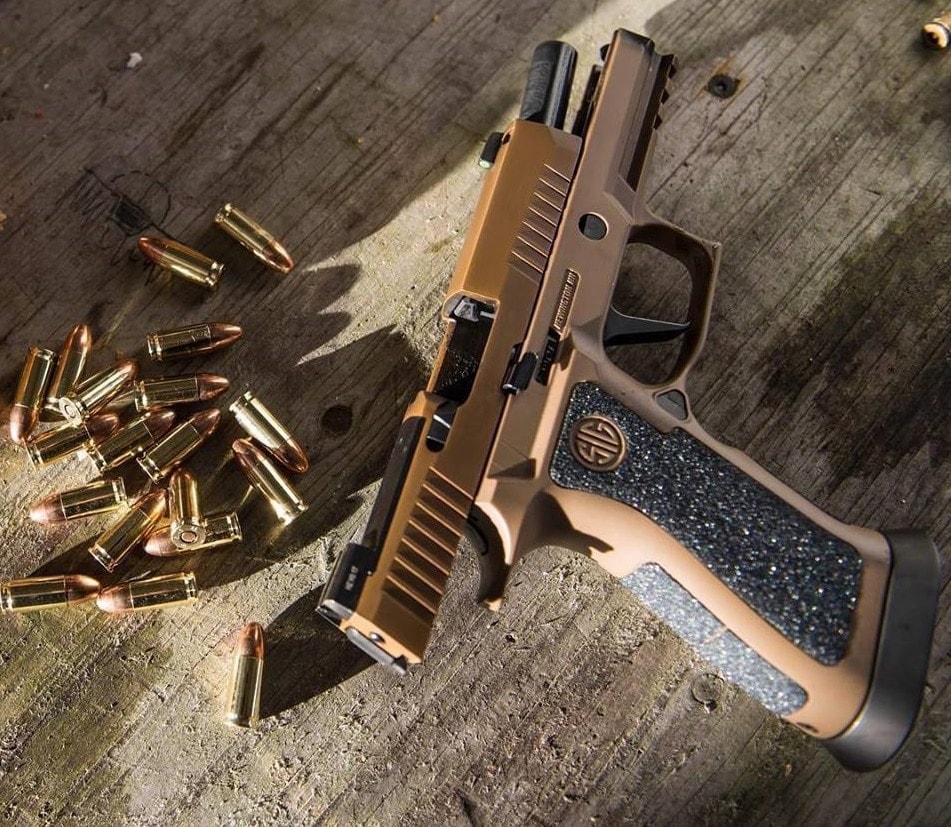 Sig says Denmark is the first European NATO country to officially select a P320-series pistol as the officially issued standard service firearm. The contract will be serviced by CT Solutions ApS, the company’s Danish partner, with deliveries to take place in 2019.

As an aside for the surplus market, Danish military contract P210s are extremely collectible and perhaps the country’s former service arms will have a new life elsewhere. Below is Ian McCollum of Forgotten Weapons with a closer look at a Danish M/49 that made it into the wild.