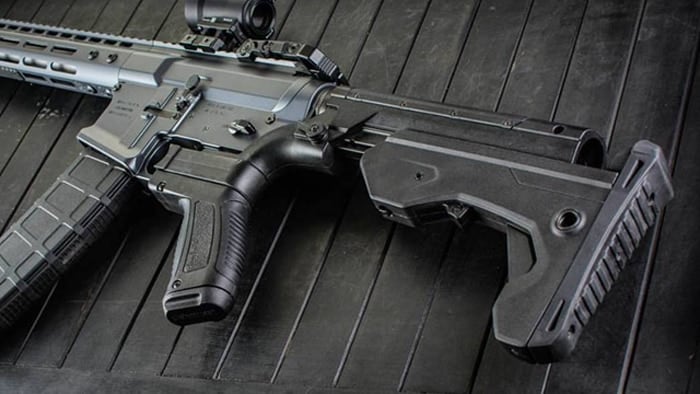 Federal regulators will close the public comment period on a pending bump stock ban this week.

The Bureau of Alcohol, Tobacco, Firearms and Explosives proposed the new rule in March, potentially classifying the devices as “machine guns” under the National Firearms Act and the Gun Control Act. The policy change came at the urging of President Donald Trump after public fervor for government action on gun regulations reached a fever-pitch post Parkland.

Bump stocks, which mimic automatic gun fire, first gained notoriety in October after a lone gunman mowed down 58 people and injured more than 850 others on the Las Vegas strip. Attorney General Jeff Sessions described the proposal as “a crucial step in our effort to reduce the threat of gun violence that is in keeping with the Constitution and the laws passed by Congress.”

As of Monday, more than 82,000 people submitted comments regarding the rule ahead of the June 27 deadline. Many supported the proposal, insisting bump stocks “should never have been legal,” while others fear the ban will infringe on Constitutional rights.

The rule represents an about-face for the ATF, too. Back in 2010, the agency declined regulating a bump stock device submitted for review by Texas-based manufacturer Slide Fire Solutions. Rick Vasquez, the now-retired agent who made the call, stood by his decision in October after federal investigators found the same brand attached to firearms in the Las Vegas shooter’s hotel suite.

“ATF has now determined that that conclusion does not reflect the best interpretation of the term ‘machinegun’ under the GCA and NFA,” the agency said in its proposal, published in the Federal Register. “In this proposed rule, the Department accordingly interprets the definition of ‘machinegun’ to clarify that all bump-stock-type devices are ‘machineguns’ under the GCA and NFA because they convert a semiautomatic firearm into a firearm that shoots automatically more than one shot, without manual reloading, by a single function of the trigger.”