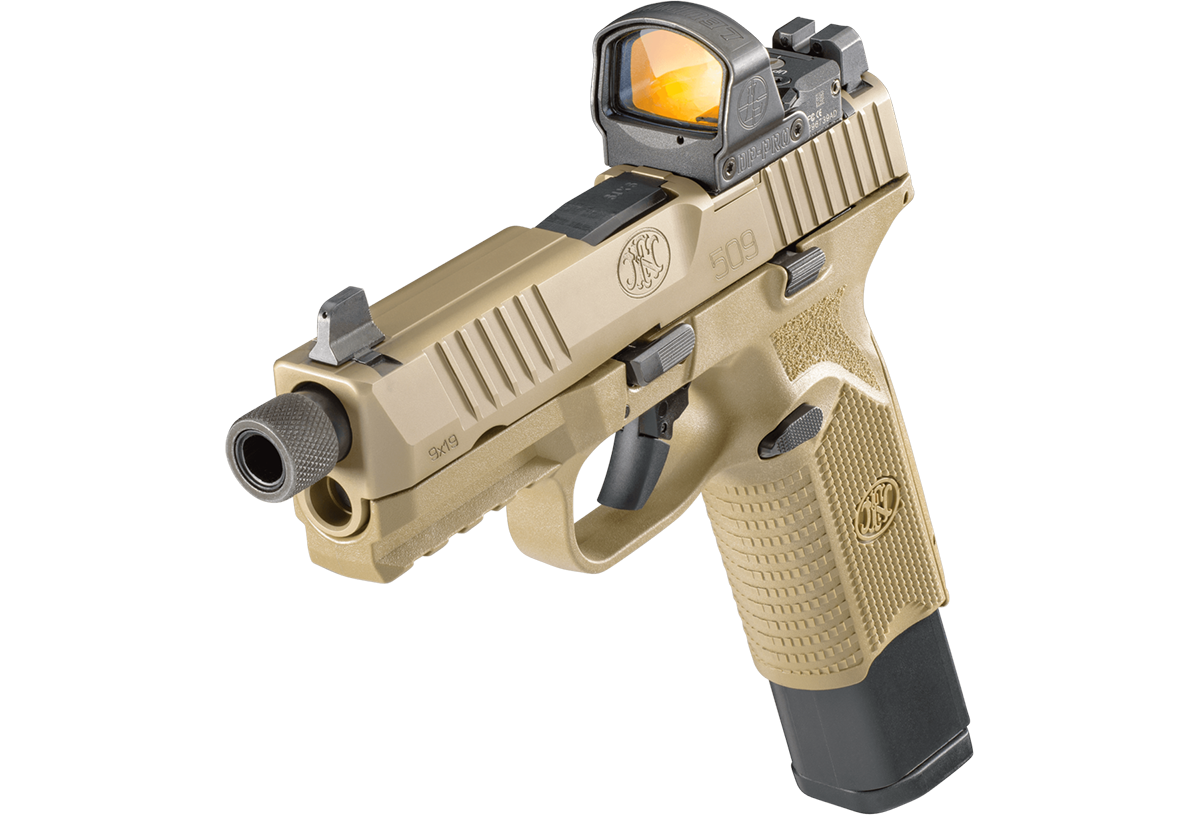 The 9mm handgun features the company’s Low-Profile Optics Mounting System. This system allows miniature red dot, MRD, optics to mount onto the gun without no direct milling to the slide required. The 509 Tactical provides suppressor height iron sights that co-witness with several MRDs on the market.

The pistol touts a 4.5-inch, cold-hammer forged, stainless steel barrel with 1/2 x 28 threads. The FN 509 Tactical accepts a majority of 9mm suppressors and ships with a thread cap with integrated O-ring to eliminate loosening during use. Offered with a 24-round magazine, the 509 Tactical delivers capacity “without impacting carry convenience,” according to FN. 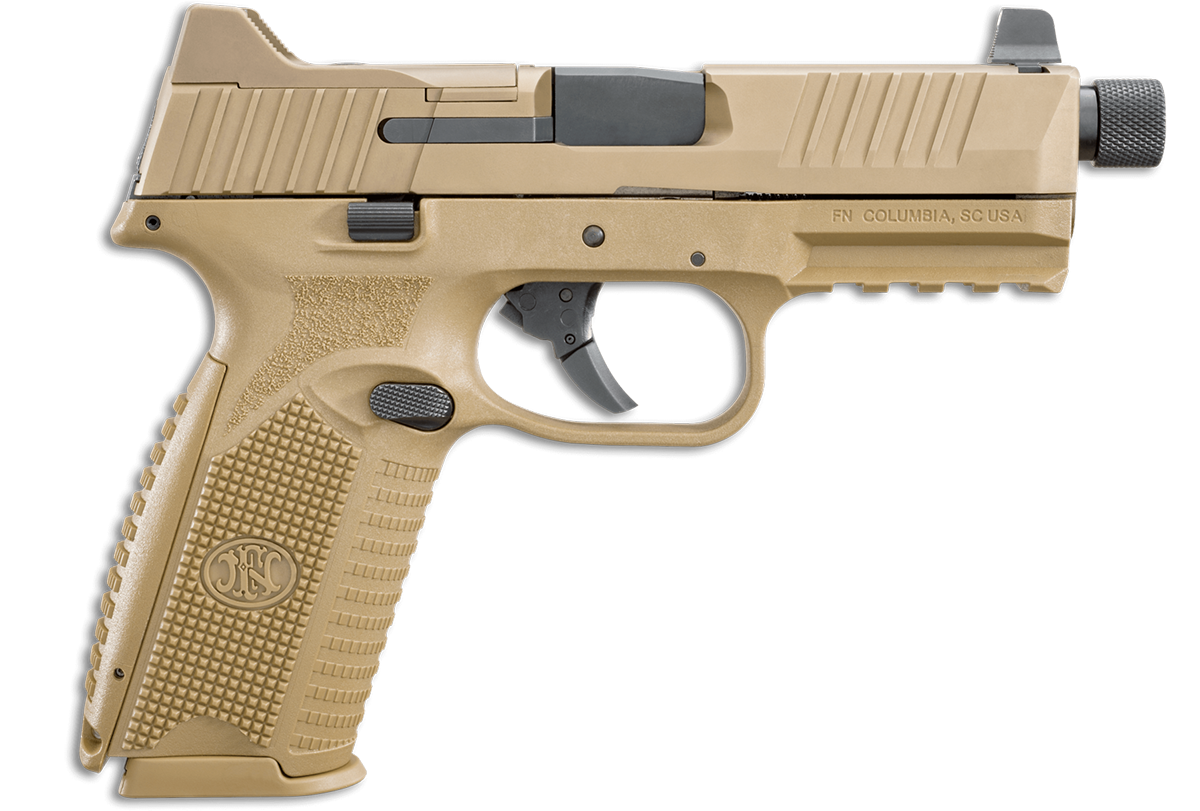 “The FN 509 Tactical and the FN Low-Profile Optics Mounting System are another leap forward in the optics-ready pistol market,” John Keppeler, vice president of sales and marketing for FN America, said in a news release. “FN set the trend for factory optics-ready pistols with the release of the FNP-45 Tactical nearly a decade ago and we’re set to do it again with this release. From barrel to base plate, the FN 509 Tactical really is the ultimate tactical pistol.”

The 509 series is based on FN’s Modular Handgun System submission, which Sig Sauer was ultimately awarded. FN said after the MHS trials the company revamped the 509 series for the commercial market. 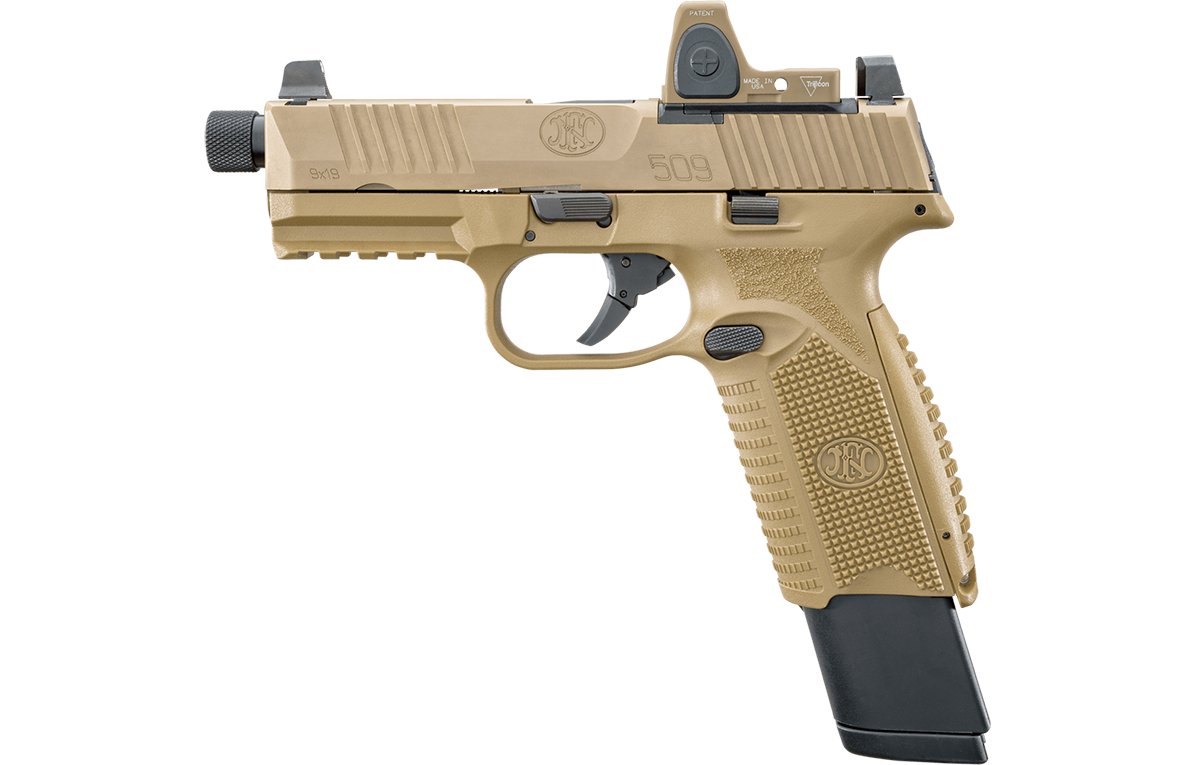 The gun ships with a 24 round magazine for more capacity. (Photo: FN)