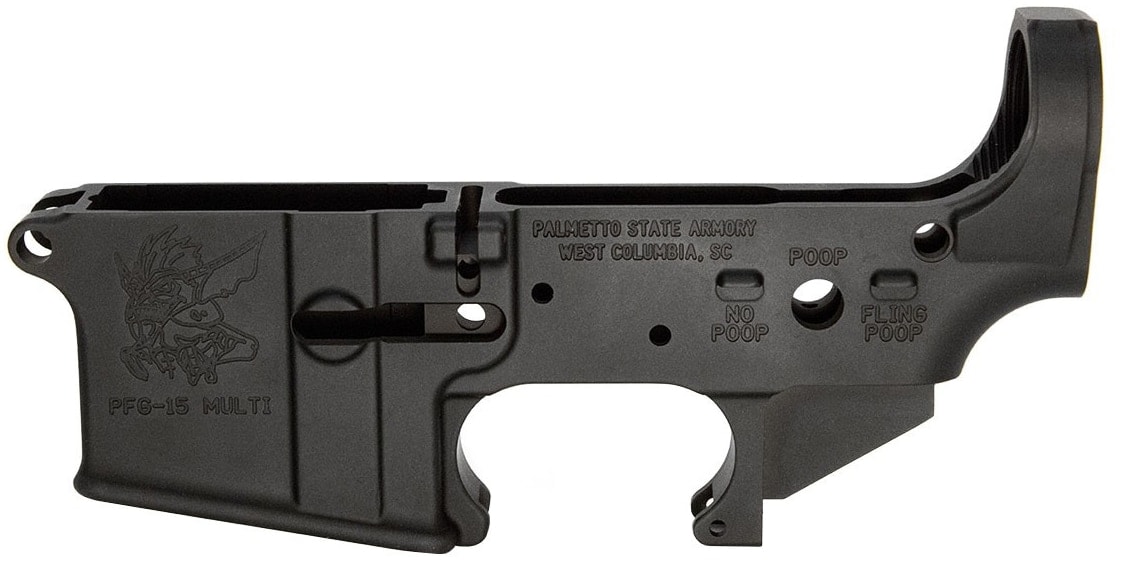 The lower features Spike from Gremlins in a tongue and cheek approach to a disgruntled forum user’s online hate. (Photo: Palmetto State Armory)

In a move that shows the sheer power of internet forum users, Palmetto State Armory announced a new AR-15 lower receiver featuring a special character from the movie Gremlins.

The “Poop Flinging Gremlin Lower” features Spike from Gremlins, with poop in hand, engraved on the magwell. The company takes the tongue and cheek lower further adding “No Poop,” “Poop” and “Fling Poop” to its selector switch markings. The serial markings also keep to the theme with letters POOP prefacing the numbers. 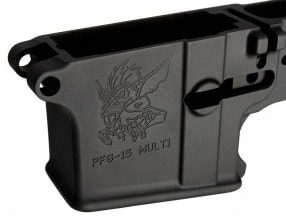 Spike is engraved on the lower itself. (Photo: Palmetto State Armory)

The hubbub surrounding the design started in May after an enraged AR15.com user waged war against Palmetto State Armory at one point calling the manufacturer “poop slinging gremlins.” Palmetto State decided to go with the phrase, turning it into a product poking fun at the situation. 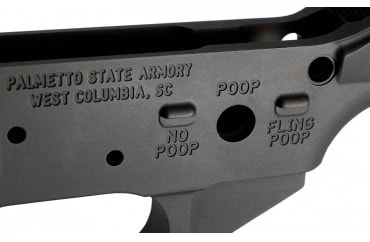 The selector switch is even customized to fit the lower’s theme. (Photo: Palmetto State Armory)

“These limited-edition lowers are made using the most advanced aerospace manufacturing technology to produce the industries finest, forged Mil-Spec lowers. Our receivers are machined on a multimillion dollar, automated, manufacturing system which enables us to produce a product of unequaled quality and value,” the company said on its site.

The special edition Gremlins lowers are currently out of stock, with the first batch nabbed up by amused internet goers. No word yet on when consumers can expect to see a second go-around of the themed lower receivers.