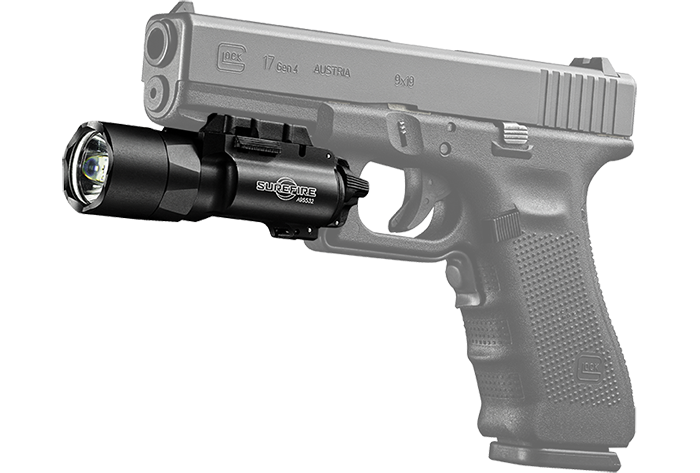 SureFire’s 1,000 lumen light, the X300U, is officially headed to consumers as the light maker announced the launch of X300U-A and X300U-B models.

The X300 Ultra is a duty-grade weaponlight designed for handgun use. Outputting a whopping 1,000 lumens, the X300U utilizes a Total Internal Reflection lens that focuses the beam to produce extended reach and plenty of surround light.

The X300U boasts an ambidextrous operation, allowing users to activate the light by a switch on the rear of the light body. The switch can be operated via one finger by pressing on either side for momentary-on activation or flipping the switch down for constant-on. 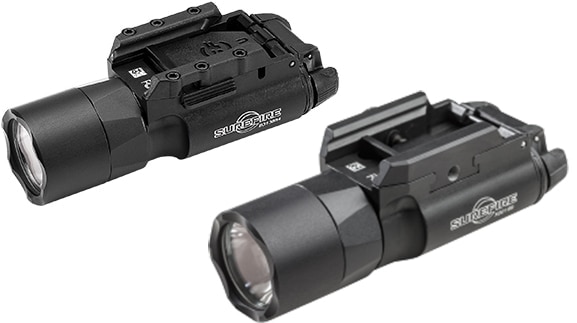 “With tens of thousands of units sold to military and law enforcement world-wide, the SureFire X300 Ultra is the finest duty-grade handgun weaponlight available today,” SureFire said in a news release.

The X300U models — A and B — perform the same but what sets them apart is their mounting styles. The X300U-A hops on handguns via a Rail Lock Mounting System while the X300U-B mounts via a T-Slot mounting rail. Additionally the X300U-A comes in the shooter’s choice of either black or desert tan while B model is only available in black.

The X300U lights are available through SureFire with a MSRP of $299. 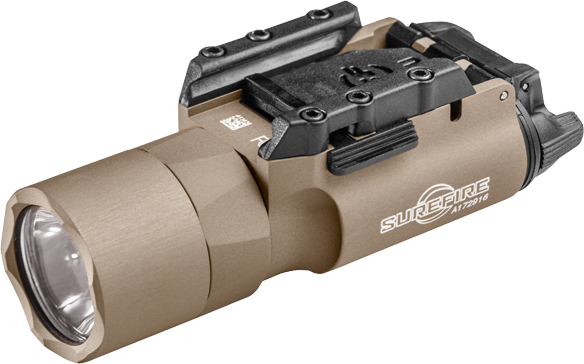 The new X300U-A comes in either black or desert tan, pictured above. (Photo: SureFire)