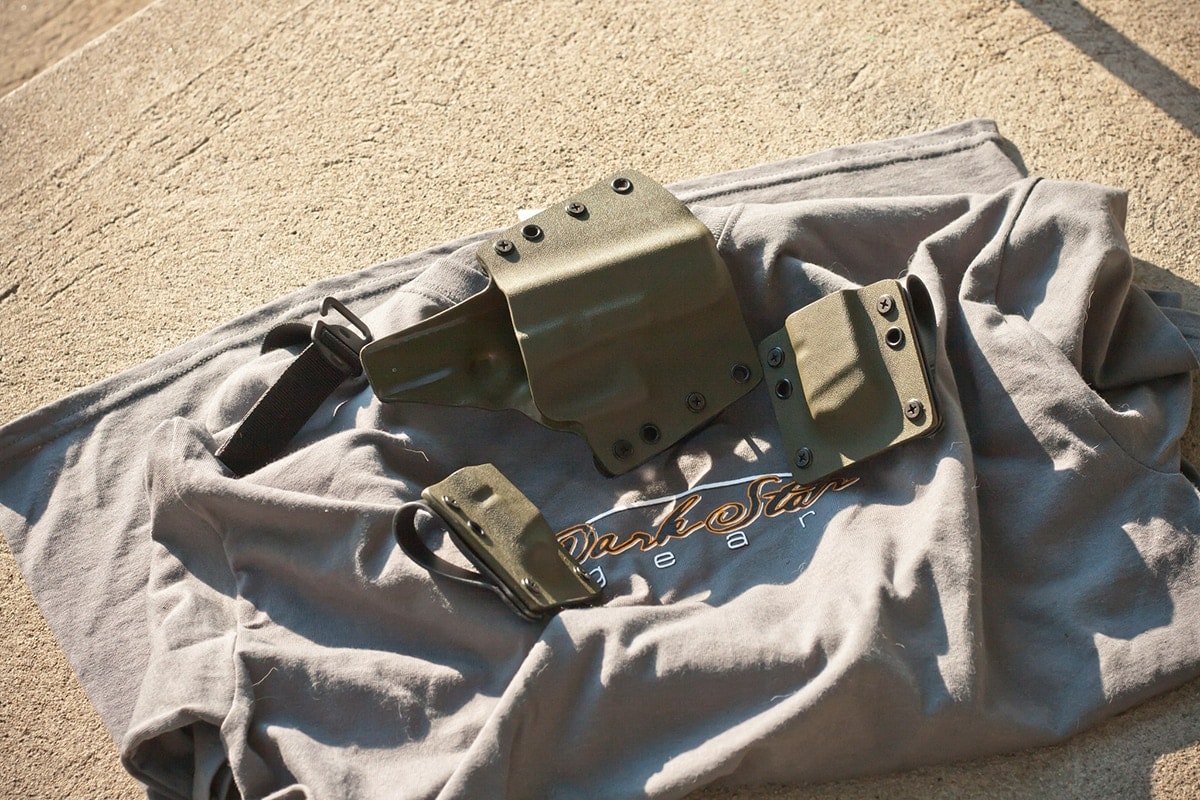 Dark Star Gear has maintained a quiet appeal for years, confined largely to word of mouth and internet forums, but the holster maker is steadily gaining fans as consumers gravitate towards the company’s solid engineering and exceptional quality.

Dark Star Gear sprang to life in the warmer months of 2008 as founder Tom K. was on the hunt for a standard pancake holster design. Despite his best efforts, he just wasn’t finding exactly what he needed from the designs currently on the market.

“I wanted a few tweaks from the standard pancake design that had a long lead time,” he told Guns.com. “Lots of other makers were coming outta the woodwork to fill the demand but none were too terribly interested in the nuance stuff I wanted to change.”

He soon took matters into his own hands. Locking in the principles and design by fall 2008, by October of the next year, he crafted a few designs that he listed for sale on forums and the initial response was encouraging — the holsters were nabbed almost immediately by eager consumers. Despite a positive return, he said the biggest struggle has been overcoming the emotional hurdle of pushing himself and the company out into the market.

“The most difficult part is putting myself or my stuff out there. It’s not too hard to find something overhyped and over-marketed these days and I’m a little jaded from all that.  It’s hard for me to do it,” he explained.

As Dark Star Gear’s holsters proved they could withstand the rigors of both competition and concealed carry, the company slowly gathered loyal fans and industry friends who weren’t shy about touting Dark Star Gear’s advantages and spreading the word. 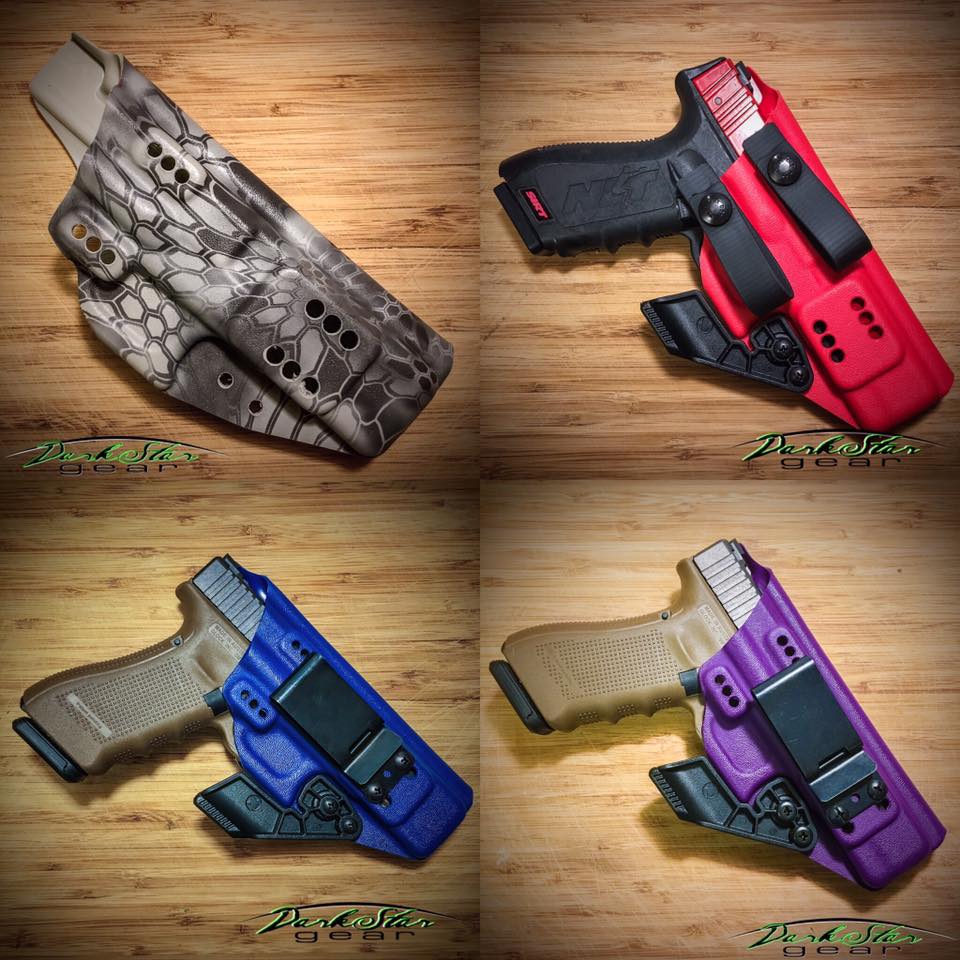 The holster marker offers extras like its RCS Vanguard Claw for better AIWB concealment, loops and clip attachments, and an array of colors to suit whatever mood you’re in.  (Photo: Dark Star Gear)

“The most rewarding part of all of this has been the friends I’ve made along the way. Thankfully they help with getting my stuff out there for the world to see too,” he said.

One of the original appendix inside the waistband holster makers to emerge, back when AIWB was seen as risky and few companies were offering options, Dark Star Gear gained its loyal following from producing quality holsters that are excellently engineered, solidly built and capable of withstanding the demands its consumers place on them. He said he takes pride in the fact that his company is one of the few that push its gear to the absolute limit and then some.

“I know there’s maybe only us and one other maker out there that’s actually broken our products to see how they’d actually fail under extreme circumstances,” he said.

Offering a variety of IWB/AIWB models, Dark Star Gear is continuing to tweak its design and introduce more holsters into its inventory. He explained that the long term goal is a controlled expansion of current holster models and an introduction of some older ideas that are finally making their way into Dark Star Gear’s arsenal.

An AIWB mag pouch is one such design that he said he’s put off introducing for nearly five years, but has finally let loose into the hands of testers. In addition, the company is also reintroducing weapon mounted light IWB/AIWB holsters back into its lineup as well as a competition shell that will also be reintroduced into the holster series.

“With the new manufacturing processes we can keep the looks 100-percent consistent and offer that line to address the needs of most weekend shooters and trainers,” he said. “We’re at a point where we have more resources to improve more aspects of the process, product, and fasteners and it should put us in a good spot to close the year off.”

Regardless of the exact models coming to market over the next few years, Dark Star Gear remains committed to its original premise — providing high quality, rigorously tested gear for weekend gunners and weapons warriors.