Wilson Combat adds the new 300 HAM’R to its series of rifles, cartridges, barrels, components and accessories. The brainchild of Bill Wilson, the 300 HAM’R was developed for “optimal terminal performance.” Wilson Combat says the design delivers effectiveness that rivals .308 Winchester.

“Terminal performance testing on over 200 Texas feral hogs has proven it to kill much more effectively than the 6.5 Grendel, 6.8 SPC, 7.62×39 or 300 Blackout,” Wilson Combat said in a press release. 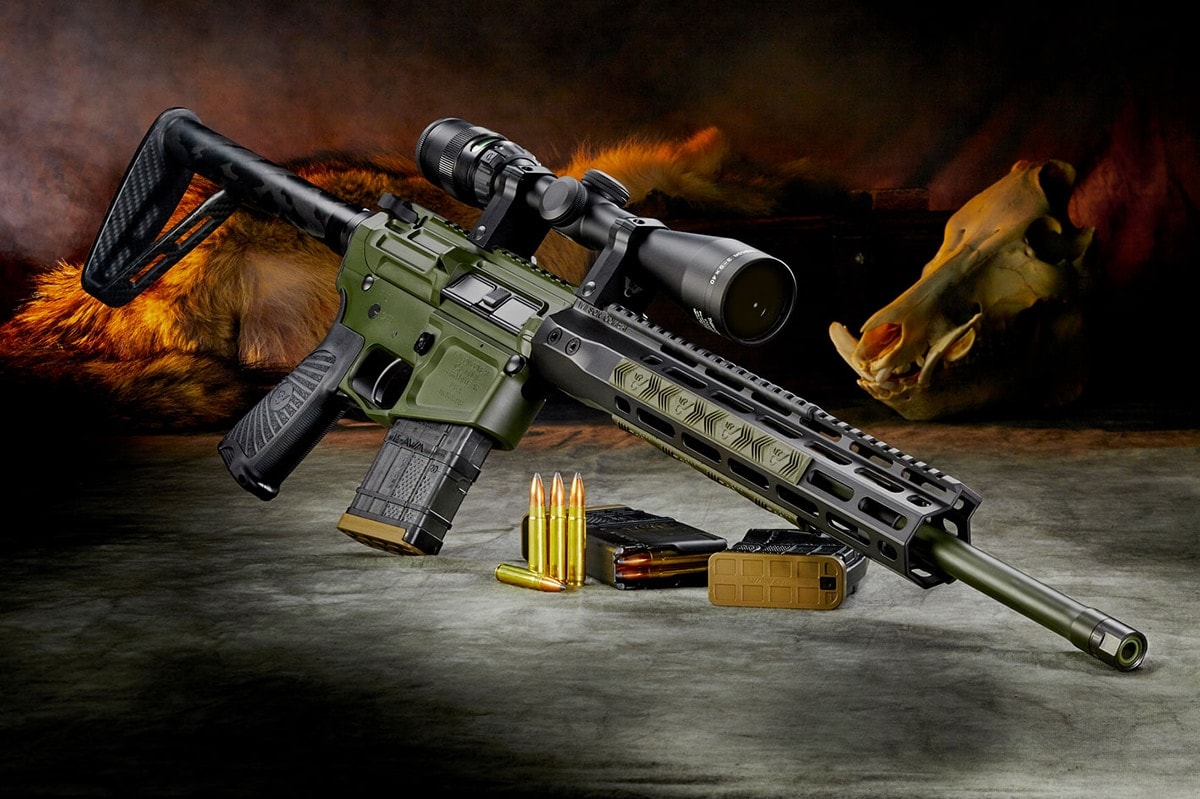 The 300 HAM’R will appear in a variety of Wilson Combat rifle lines as well ammunition and accessories. (Photo: Wilson Combat)

The gun and parts maker will offer the 300 HAM’R on a variety of models to include the Ultralight Ranger, Ranger, Tactical Hunter, Ultralight Hunter and Bill Wilson Ranch Rifle Package. Each model offers a lightweight AR style platform with prices starting at $2,600.

According to Wilson Combat, the 300 HAM’R features better reliability as a result of its longer gas systems. Measuring 16.25-inch for the mid-gas system barrel and 18-inch/20-inch for the intermediate, any AR-15 platform can be converted in order to accept the cartridge via a swap of the barrel and 300 BLK mags.

Starline is currently producing 300 HAM’R cases. However, cases can also be manufactured from 5.56/.223 casings.

The 300 HAM’R load was created for better performance on the hunt. (Photo: Wilson Combat)