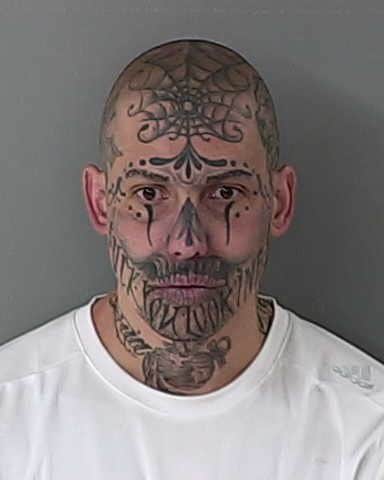 A southern California man will spend more than two decades in prison for felony gun possession, according to the Department of Justice.

Eric Courtney Hunter, 39, will serve 262 months behind bars after stealing his girlfriend’s BMW and $27,000 in cash while staying with her in Twin Falls, Idaho in January 2017.

According to court documents, Hunter’s criminal history includes eight prior felony convictions for drug possession, assault and witness intimidation, among other charges. His extensive rap sheet qualifies him as an “armed career criminal” under federal law, mandating he serve at least 15 years for further violent felony convictions, according to the DOJ.

In February, an Idaho jury found Hunter guilty on all charges after his girlfriend, Tonya Winter, said he stole her money and car after she told him to move out. Law enforcement had responded to Winter’s home three times between Dec. 6, 2016 and Jan. 5, 2017 for reports of shots fired, but were never able to connect Hunter to the activity — until Winter filed a police report against him on Jan. 6, 2017.

Winter told police Hunter carried around a distinctive shotgun wrapped in black tape with an obliterated serial number. When apprehended later the same day driving Winter’s stolen BMW, officers found the shotgun, loaded and hidden beneath a back seat cushion.

“The defendant is a dangerous and violent person with a lengthy criminal history,” wrote Christopher Atwood, an assistant U.S. attorney, in a sentencing memorandum filed Aug. 8. Court documents show Hunter racked up multiple infractions while awaiting trial — including for fighting with other inmates, destroying sprinklers in his cell and disobeying commands.

“While incarcerated the defendant made numerous recorded phone call that reveal his disregard for community safety and show his propensity for violence,” Atwood wrote. “In a phone call with his own mother the defendant threatens to have her ‘wacked.’ In a different phone call, the defendant’s sister tells him about the shooting in Las Vegas that left 60 people dead. The defendant laughs hysterically and says ‘nice.'”

Hunter will serve five years supervised release in addition to his prison term, according to court documents. The DOJ said the case falls under the purview of Project Safe Neighborhoods, a federal program to reduce gun-related crime across the nation. In March, Attorney General Jeff Sessions touted the program as one of the county’s approaches to reducing violent crime.