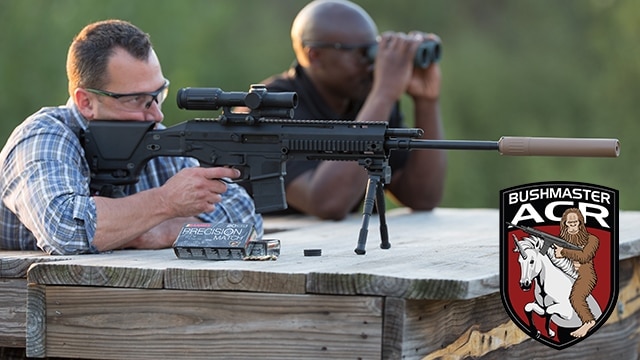 After eight years of waiting, Bushmaster ACR fans are finally getting what they want as Bushmaster announced the release of two new caliber conversions.

The .450 Bushmaster and the 6.8 Rem SPC II are joining the ACR platform offering caliber conversions. The new set-ups deliver fully ambidextrous controls, better ergonomics, tool-less configuration and a reliable gas pistol operating system. The new additions have made the ACR, “the most field adaptable Modern Sporting Rifle Platform available,” at least according to Bushmaster.

“The Bushmaster ACR was brought to market in 2010 with the promise of unparalleled adaptability.  The concept was simple; an extremely reliable, versatile, and modular platform, capable of tool-less configuration and caliber changes in minutes by swapping the bolt head, barrel and magazine,” Bushmaster said in a press release. “Unfortunately, much like a mythical creature, the caliber conversions have never been seen. Until now.”

The Caliber Conversions for the ACR are priced at $699.