She may be small of stature, but surely not short on either knowledge or passion for firearms. “She” is Ashley Hlebinsky, curator of the Cody Firearms Museum at the Buffalo Bill Center of the West in Cody, Wyoming.

Cody is a hub for all things outdoors. Gateway to Yellowstone. Basecamp for hunters. Named for its founder, Buffalo Bill. Nestled between the Beartooth and Absaroka mountains along two of the most scenic routes in America. But for firearms lovers, Cody is home to the Cody Firearms Museum.

With an extensive firearms collection of more than 7,000 guns and 30,000 related artifacts, it is the self-proclaimed “most comprehensive collection of American firearms in the world.” Such a collection demands a passionate and determined leader, and that’s where Hlebinsky finds herself in a position of envy for firearms lovers the world over. 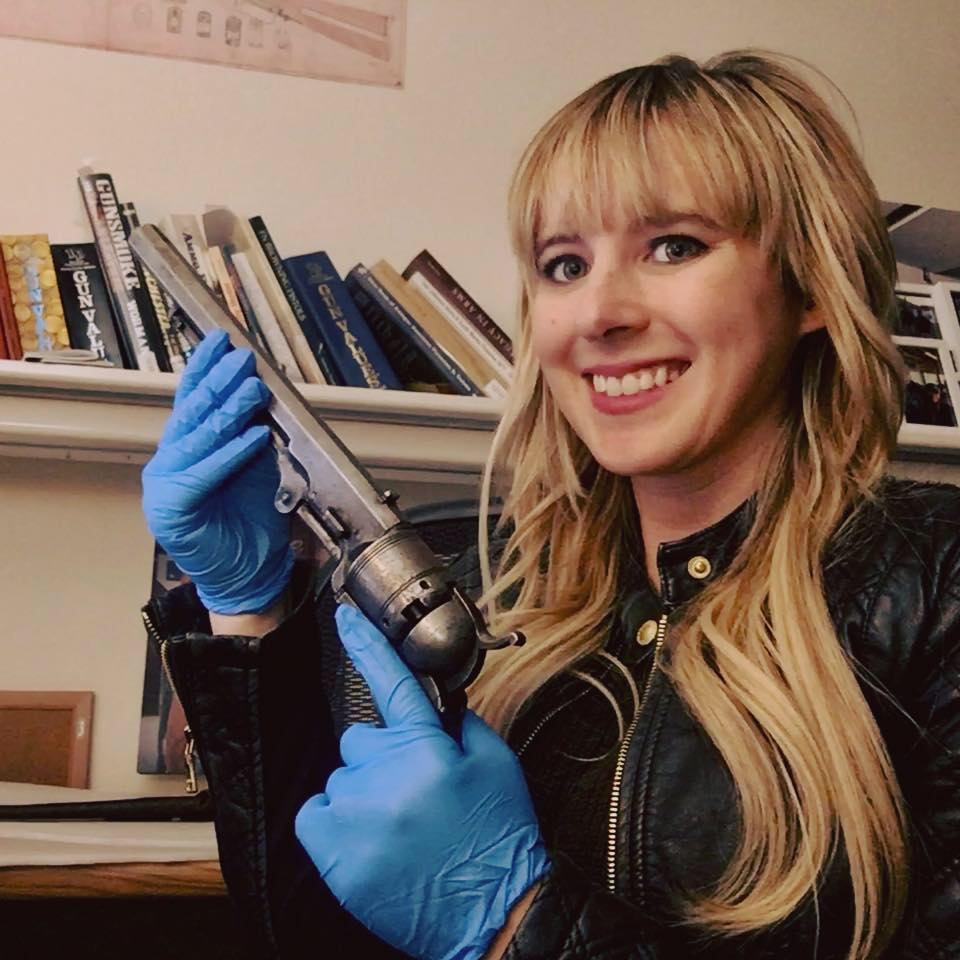 Hlebinsky is the first female curator in the museum’s history. How does a young woman work into such a prestigious position? With an interest, followed by passion and determination of course.

“When I started studying history, I studied battlefield medicine and how advancements in weapons technology altered medical technology on the battlefield,” she said. From there, her first major firearms experience came during an internship at military museum near her home in Pennsylvania.

“They put 200 guns in front of me and said ‘go!’ I had to figure out what they were, what had been modified … and I got hooked studying the actual firearms. I did everything I could to learn about firearms. I realized if I was going to talk about them, I needed to know how to actually shoot them. I shot a lot of historic guns, modern guns. I’m an NRA Certified Firearms Instructor and Well Armed Woman instructor. Now I’m just a big ‘ol gun nerd!”

Hlebinsky earned her Master’s in American History and Museum Studies from the University of Delaware before spending three years researching the Smithsonian Institution’s National Firearms Collection. 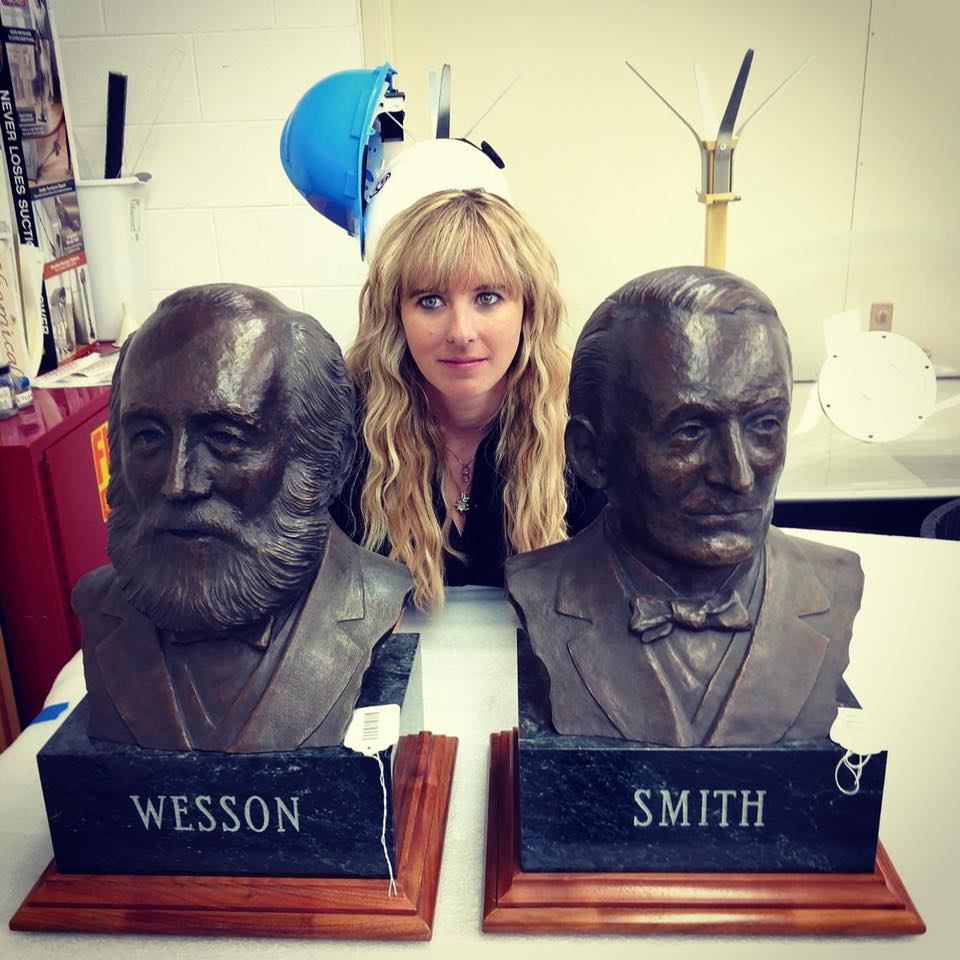 Hlebinsky accepted the curator position in 2015 and hit the ground running, with a plan to help make the Cody Firearms Museum one of the best not only in America, but in the world. (Photo: Kristin Alberts/Guns.com)

Her move from an interest in American history to firearms is an interesting one, as Hlebinsky laughingly said, “I didn’t grow up around guns. I didn’t actually hold my first gun until I was 18.”

Hlebinsky accepted the curator position in 2015 and hit the ground running, with a plan to help make the Cody Firearms Museum one of the best not only in America, but in the world. Hlebinsky is not just a leader at the museum, but a voice for firearms collectors as she travels the country giving lectures to museums, academia, and organizations. We were lucky enough to enjoy Hlebinsky’s participation at the 2018 Winchester Collector Association banquet. Between her engaging personality and depth of firearms knowledge, its difficult not to be drawn into the mesmerizing world of the Cody Firearms Museum where historic and invaluable firearms line greet at every turn.

Hlebinsky Leads Changes at the Museum

Hlebinsky is not one to sit back and hold the status quo in Cody. She and her team of experts just entered headlong into a full renovation of the CFM, which includes demolition of large sections of the existing space. The changes are intended to not only better display the vast collection, but to cater to the array of visitors. 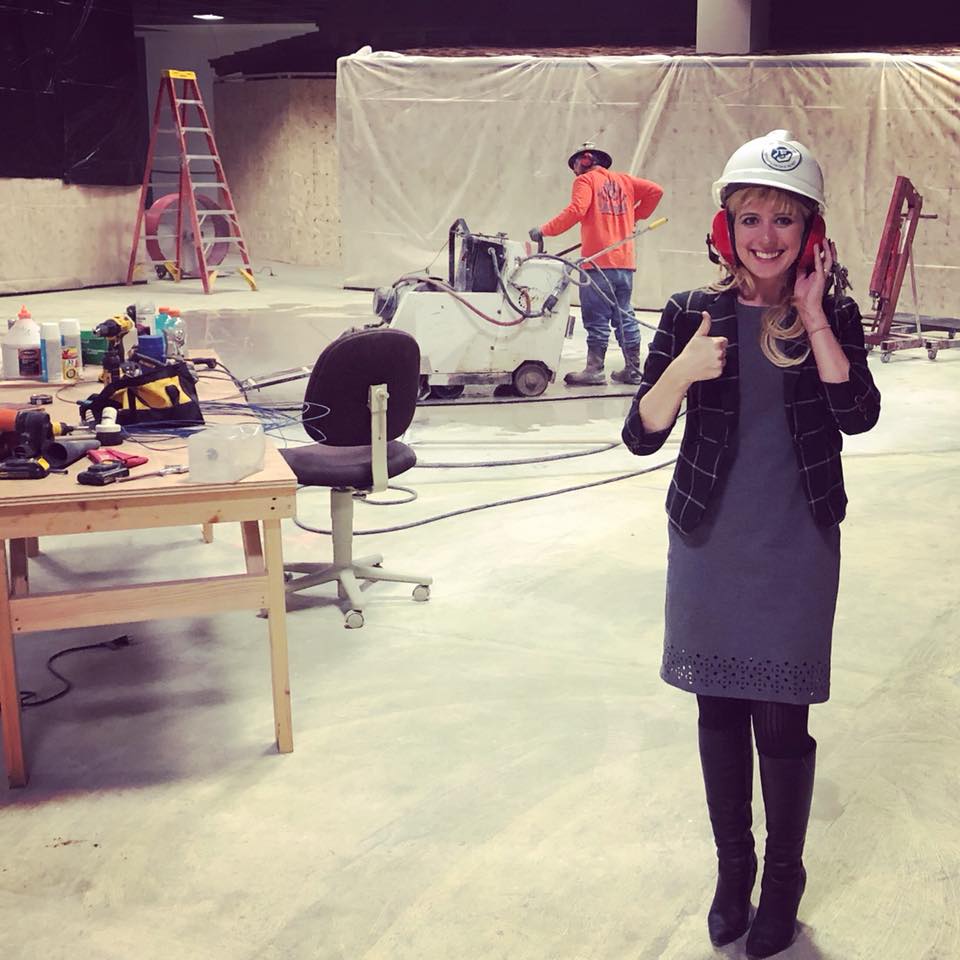 Hlebinsky and her team of experts just entered headlong into a full renovation of the CFM, which includes demolition of large sections of the existing space. (Photo: Kristin Alberts/Guns.com)

Many may think the Firearms Museum is merely a stopping point for gun aficionados, but that couldn’t be further from the truth.  According to Hlebinsky: “Cody is a small town of 9,000 but we get 200,000 people every year because we are the east gate of Yellowstone. The other really neat thing about the Cody Firearms Museum is we are a destination museum for collectors, enthusiasts, and manufacturers, but we also get a huge audience from around the world who really don’t know anything about firearms.”

Hlebinsky said she relishes the opportunity to introduce and educate all visitors to guns: “As part of the renovation, we’re doing a lot more for those novices so they can learn gun terminology, the contexts, how guns were used throughout history. We’re trying to create an area where they can actually learn because it can be quite overwhelming when you see 4,000 guns on display, it can be quite overwhelming. We’re trying to balance the fact that we know our enthusiasts love to see every model variant, but if you don’t know a lot about guns, you can take away a lot more from the experience, and really start to understand how the guns actually function and how the guns developed over the past 700 years. 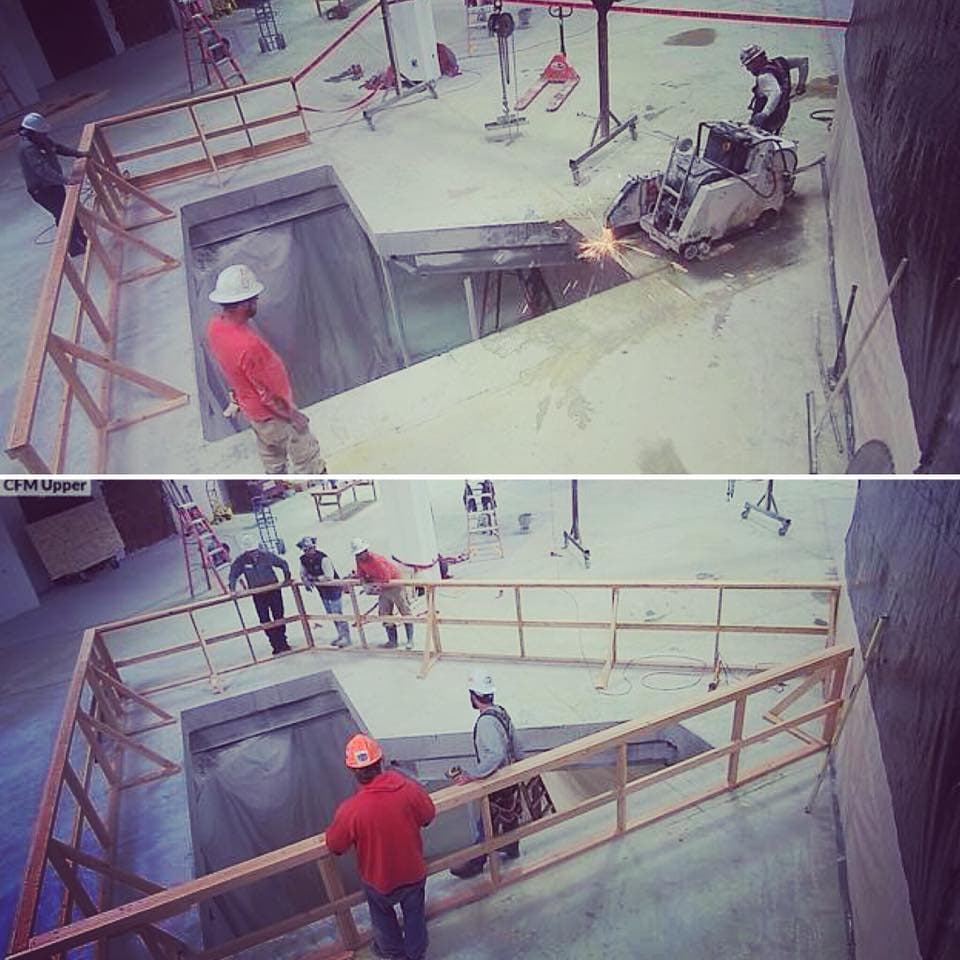 The changes are intended to not only better display the vast collection, but to cater to the array of visitors. (Photo: Kristin Alberts/Guns.com)

Of her journey with the Cody Firearms Museum, Hlebinsky jokes: “I ended up (here) as a research fellow, and now, like a bad penny, I haven’t left. I love working here because there are over 7,000 guns in the Cody Firearms Museum collection, and it dates all the way back to the 1400’s with guns, crossbows and longbows from earlier, and our most recent manufacture is from 2017. For me, there is always something new to learn.”

Until it reopens in Summer of 2019, visitors will find only a limited collection on display. But when the doors open again, we can’t wait to see what they’ve done. Under her watchful eye, there’s little doubt the museum will be poised for a strong future. Keep an eye on Guns.com for more from our recent visit. Of the grand re-opening scheduled for Summer 2019, Hlebinsky said: “You’ll get to see the firearms museum unlike any you’ve ever seen before. We hope you can join us!”