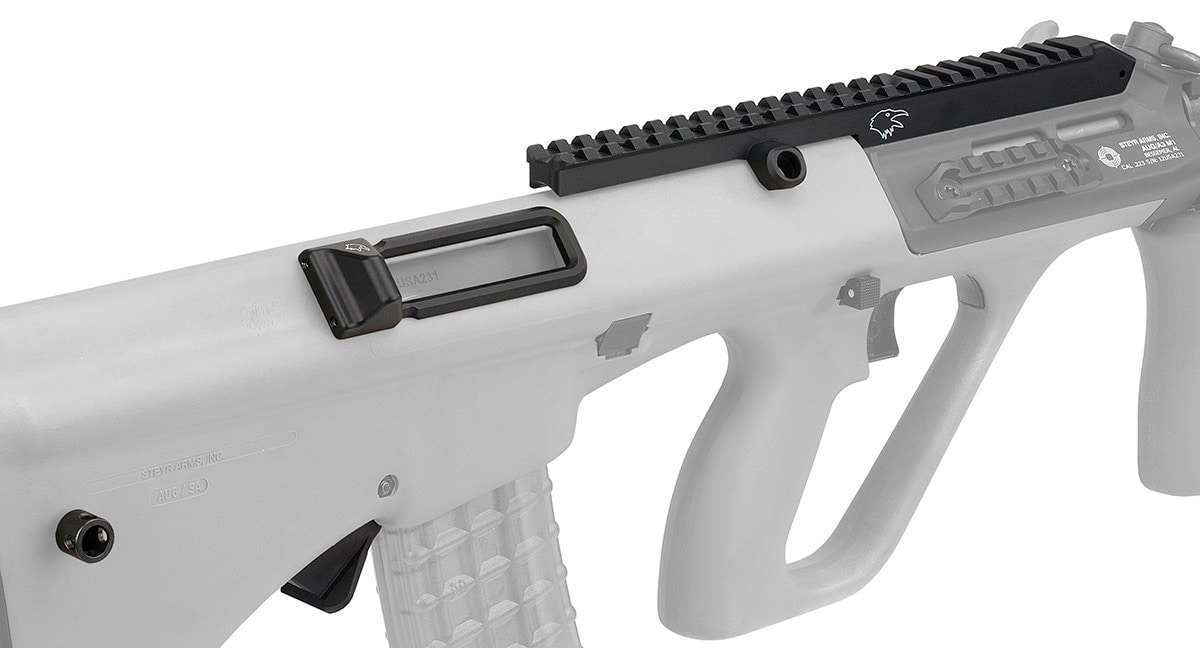 Steyr Arms and Corvus Defensio have partnered to bring new aftermarket parts to the consumer market for the AUG bullpup. Though the two companies announced their partnership in January 2018 at SHOT Show, the logistics of importing the parts have taken some time.

Steyr Arms said the first of the AUG aftermarket accessories have finally made their way stateside with more on the way. The initial batch of goodies includes the Anti-Rotation QD-Sling Attach, the Enhanced Release Button, the Case Reflector and the M1 Receiver Rail. 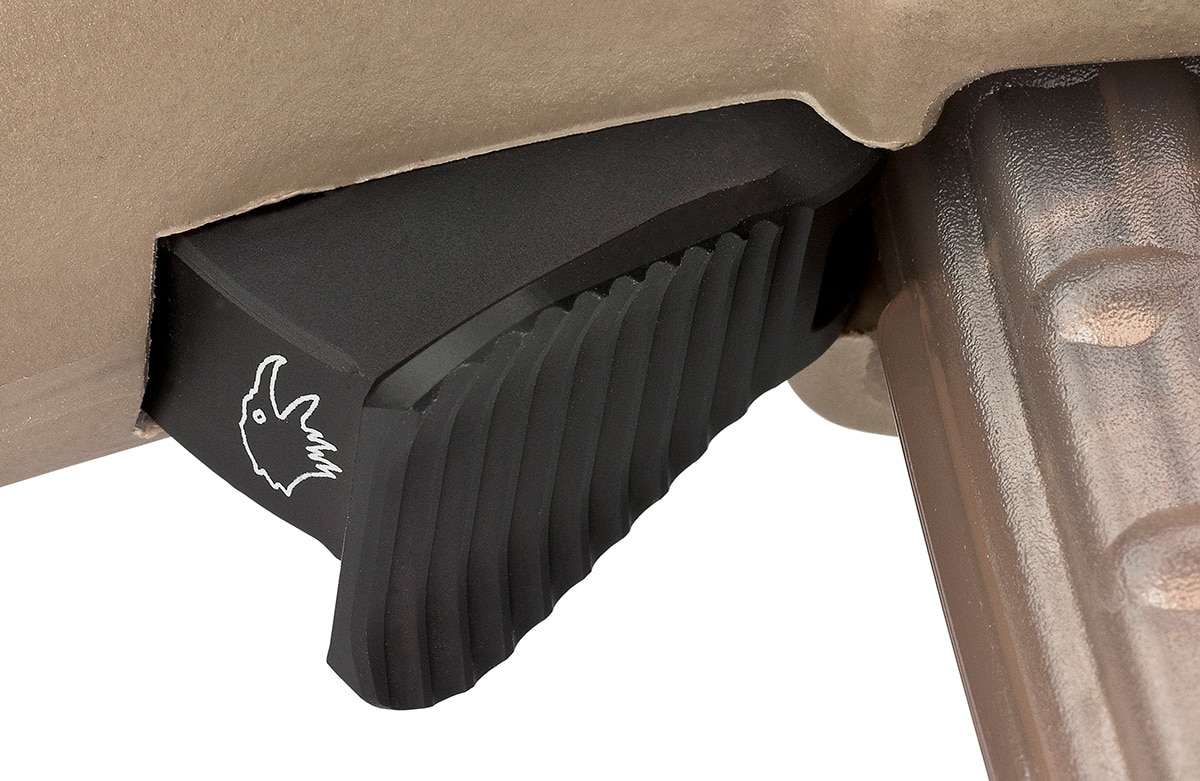 The Enhanced Release Button follows the Anti-Rotation QD-Sling Attach with a concave hard-anodized machined aluminum construction. The device offers nearly twice as wide of a surface as the AUG’s original release button, making magazine changes more efficient and reliable. The wide-wing design adds less than an ounce of addition weight to the AUG. The Enhanced Release Button is priced at $89. 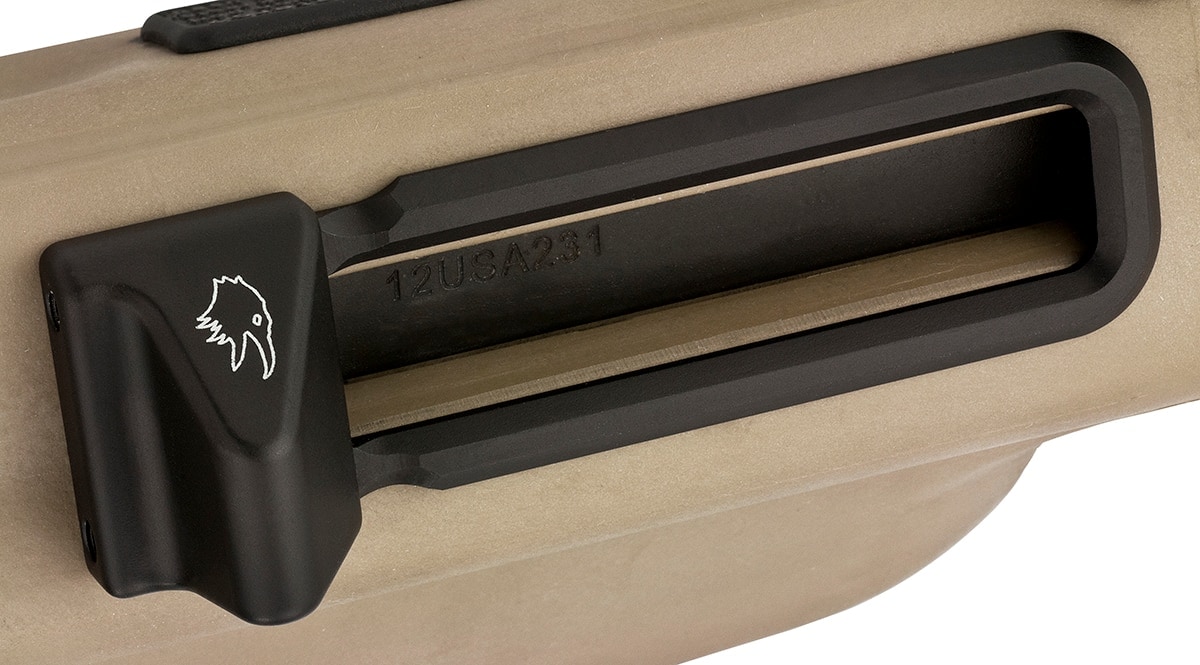 The Case Deflector propels spent casings away from the shooter. (Photo: Steyr Arms)

The Case Deflector does just as its name implies — deflecting spent cases forward or to the side of the AUG without further modifications of the rifle. Useful for either right-handed or left-handed shooters, the Case Deflector utilizes a two-piece, hard -anodized aluminum design that is easily inserted into the ejection port of the bullpup. The device is then expanded into place through two setscrews at the rear of deflector. Though it can be added to just about any model of AUG, the Case Deflector is not compatible with 9x19mm conversions. The Case Deflector retails for $125.

The M1 Receiver Rail is compatible with the latest AUG A3, the M1. (Photo: Steyr Arms)