Cowboy Action Shooting with the editor of Cowboy Chronicle (VIDEO)

Enter the world of Cowboy Action Shooting where competitors wear their best cowboy hat and boots, draw their six-shooters and ding some targets. John Clark, editor of The Cowboy Chronicle, a magazine dedicated to the sport, walked us through a competition.

“I’ve been a cowboy action shooter for about 25 years now and it’s one of the best sports I’ve ever competed in,” Clark said, adding that he recently competed in the Southwest Regional Championship for Black Powder, a category in which his guns must be loaded with black powder cartridges.

“At a typical cowboy action shooting competition you’re going to engage steel, reactive or stationary targets with all of your firearms,” he said and explained the competition usually includes 10 pistol shots, 10 rifle and four shotgun. “But they can switch that up,” he added.

As for guns, all Cowboy Action Shooters use two single-action army revolvers, a lever-action rifle in pistol caliber, and a shotgun that can be a side-by-side, a single shot, an 1887 lever shotgun, or an 1897 pump shotgun, Clark explained.

For Clark’s setup, he prefers guns that have a stainless steel finish or something close to it. “I choose stainless steel not because it’s particularly more resistant to black powder fouling, but because when you clean them it’s easy to see that they’re clean,” he said. 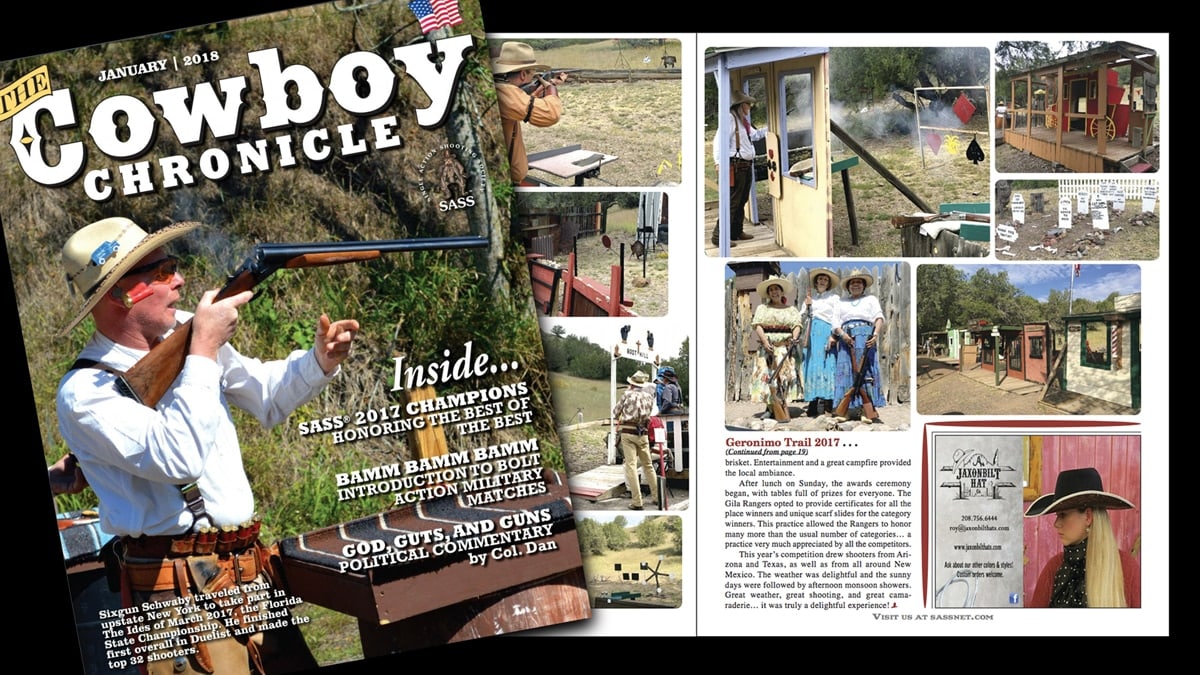 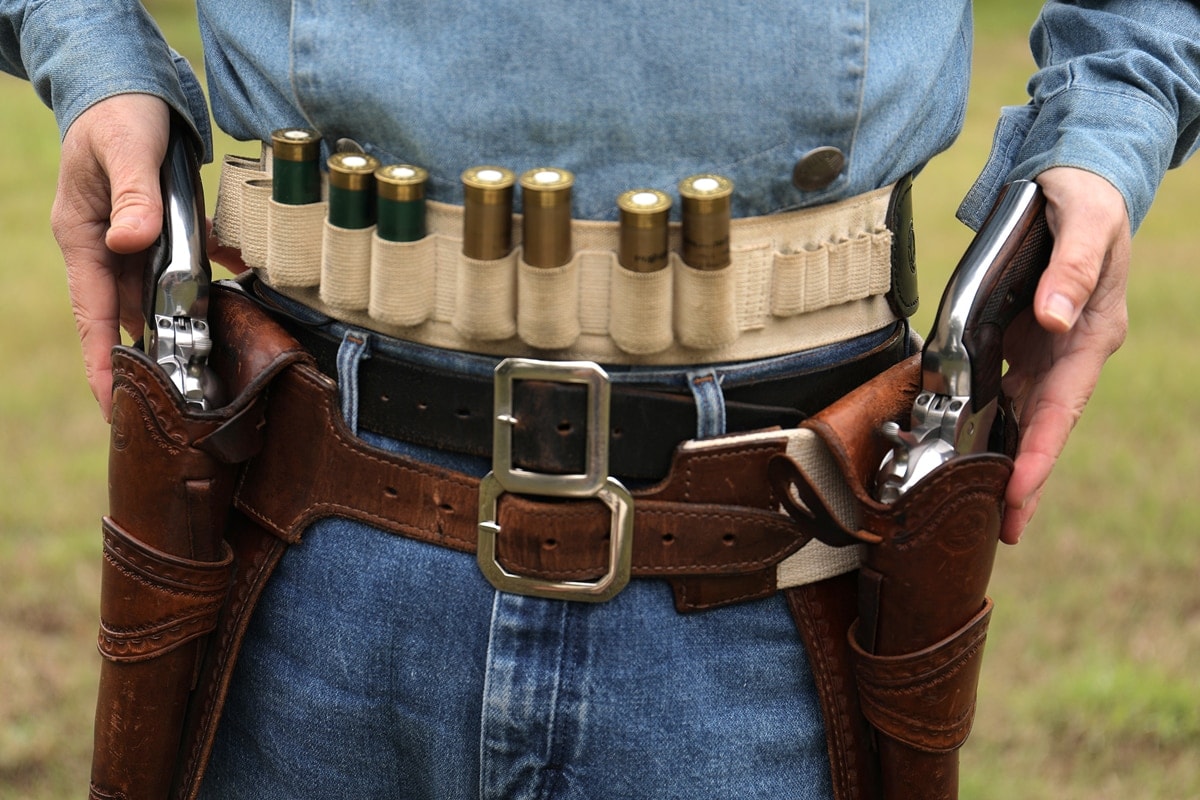 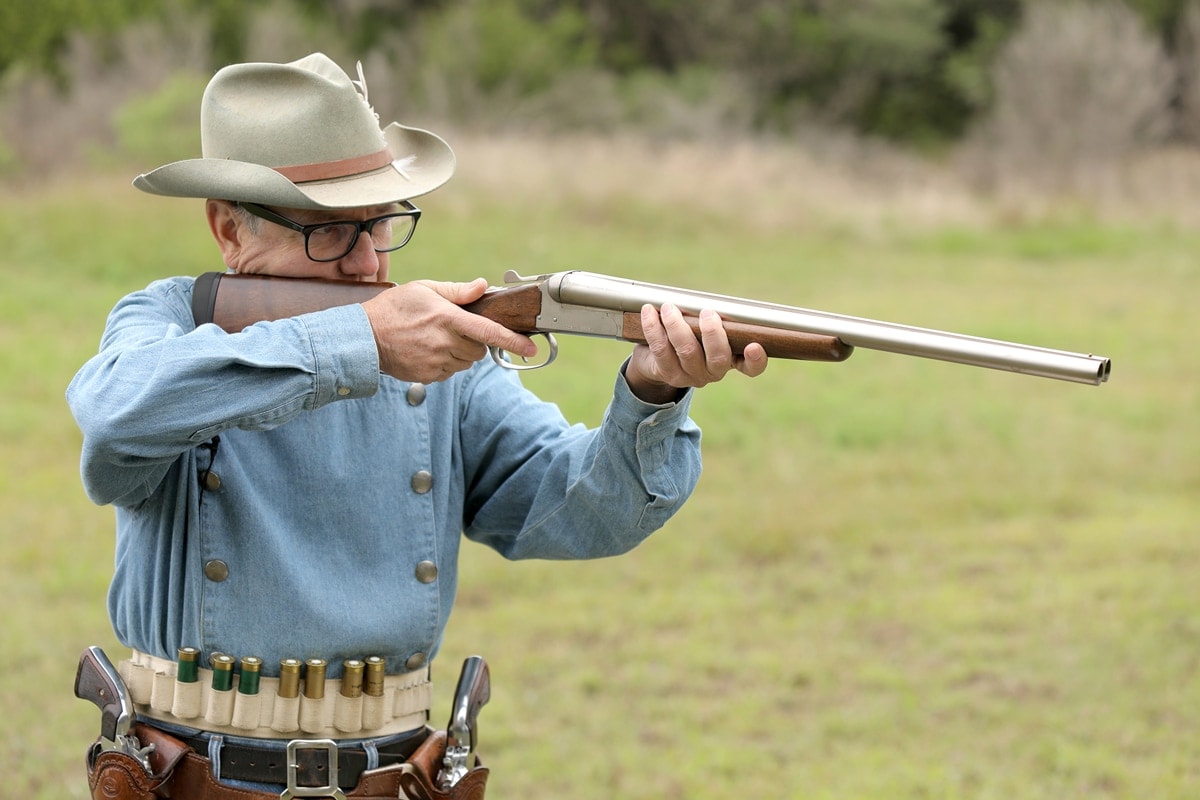 If you find yourself just going to a monthly fun shoot, you can expect to shoot five to six stages in one day. The rules state that for cowboy shooting competitions, you must dress the part. It can be as simple as jeans and a work shirt with cowboy hat and boots or you can take it all the way and be historically accurate, or dress “B Western” style.

Clark directs anyone interested in cowboy shooting to visit the Single Action Shooting Societies (SASS) website. Also available at the website is a link to free access to digital versions of The Cowboy Chronicle.