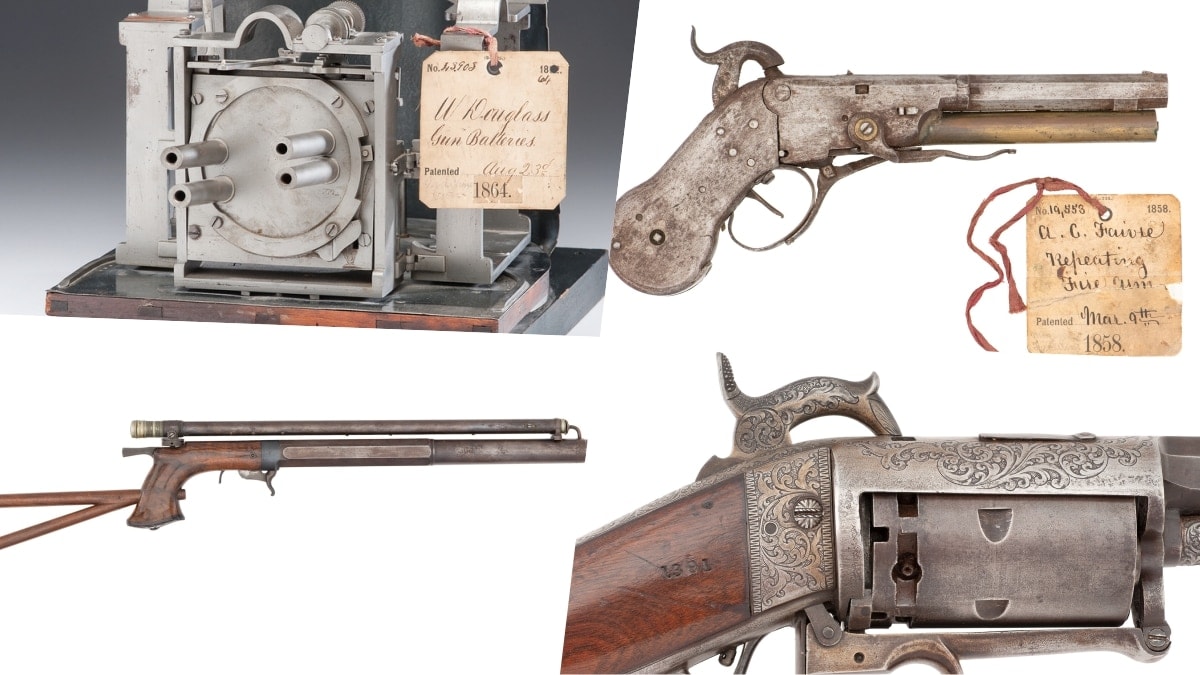 The Aziz collection includes a number of items that are literally, one-of-kind. (Photos: Cowans)

For decades, Mark Aziz haunted gun and trade shows from coast to coast amassing a collection the likes few have seen. And now it is up for auction.

Aziz, an Army Air Corps veteran with a love of firearms, was the publisher of Gun Room Press, as well as a voracious collector and arms historian his whole life. The revered member of the American Society of Arms Collectors died in 2015 at age 93, taking with him a wealth of gun lore but leaving behind his personal firearm collection. Cowans has some 300 of his prized pieces at what they describe as an “unparalleled” offering this week.

An authority on early revolving firearms, among the Aziz guns available, are no less than four rare Paterson revolving rifles, Billinghurst pattern guns as well as the only Artemus Wheeler revolving flintlock rifle in circulation — and that’s just scratching the surface. 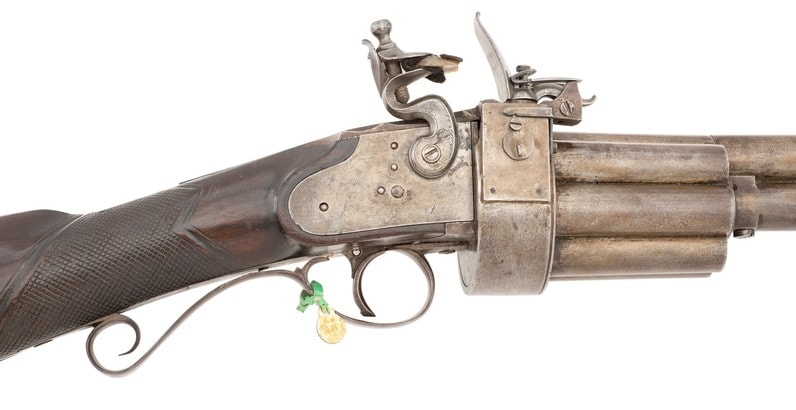 The Wheeler, a .50-caliber, 7-shot revolving rifle from 1818 was purchased by the U.S. Navy for trials. According to Cowans, of the four known to exist, three are currently in the Smithsonian and VMI museums, making this example the only one in private hands, and therefore the only one available for purchase anywhere. Estimate: $100,000 – $200,000 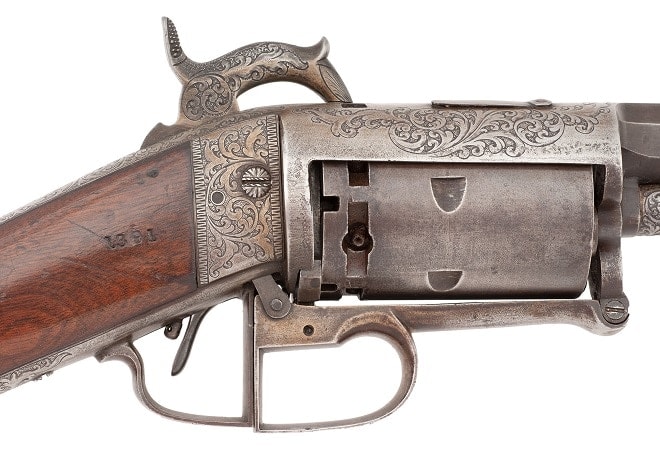 How about an Adams Model 1851 percussion revolving rifle in .52 caliber with a casehardened finish? It’s a double-action five-shot made in London a decade before the U.S. Civil War. Estimate: $3,000 – $5,000 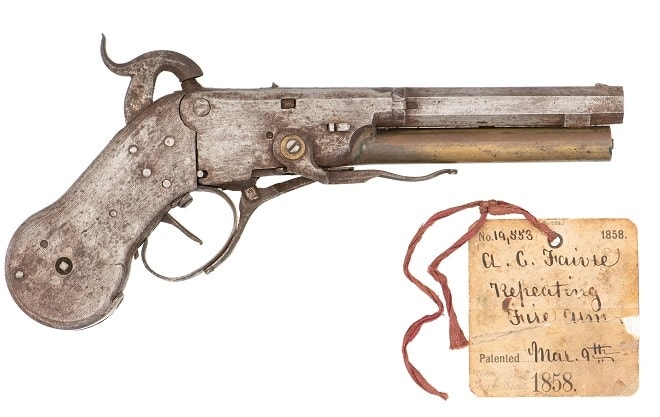 This A. C. Faivre repeating pistol model dates from 1858 and highlights a brass magazine tube under the barrel as a powder reservoir. Lead balls were stored in a helical spring system held in the butt of the gun. Estimate: $1,500 – $2,500 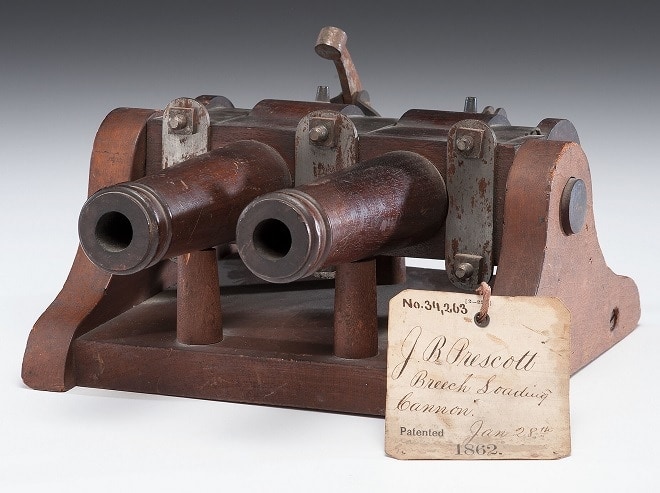 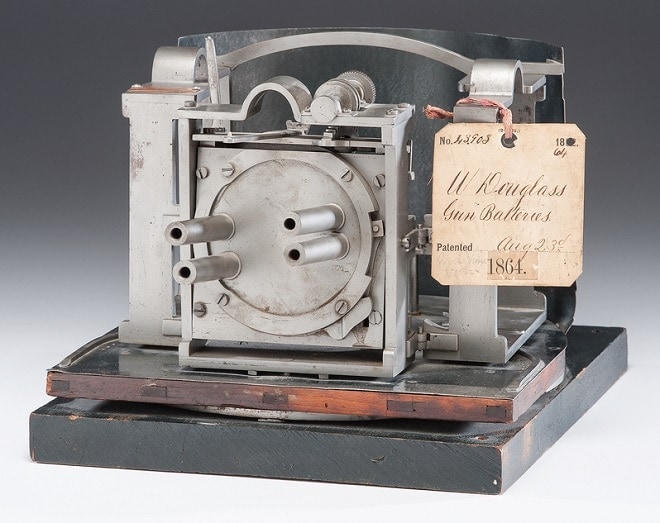 William. Douglass Gun Batteries Patent: Model No. 43, 903 from August 23, 1864, that allowed its gunners to take cover behind an armored plate.

The auction is set for Wednesday and you can view the lots in detail here.