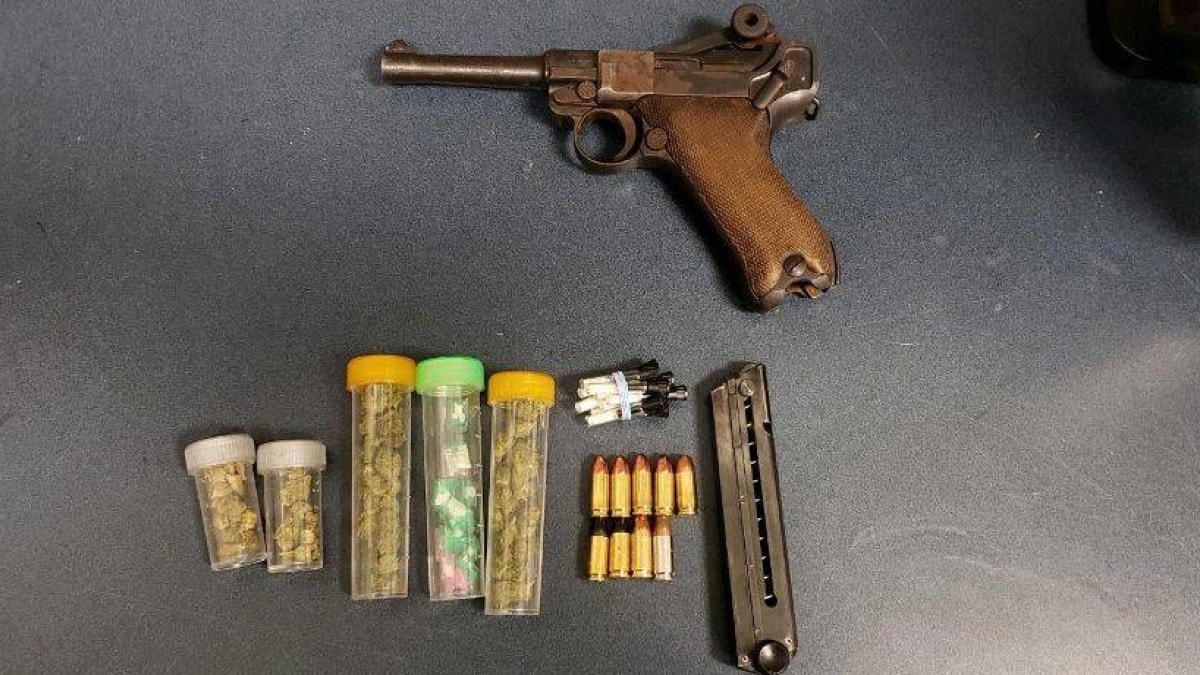 Crawford was arrested and processed through Central Booking after police recovered what looks to be a late-pattern Luger and assorted herbs and spices. Also, is there a .40 mixed in there with the 9mm? That’s the real crime here (Photo: BPD)

Police in Baltimore encountered a teenage suspect this week with drugs and a handgun worthy of a supervillain.

Robert Crawford, 16, was taken into custody by officers on patrol around the 3400 block of Edmondson Avenue around 3 p.m. Sunday in an arrest that recovered a loaded handgun and drugs.

The gun carries the distinctive profile of Swiss inventor Georg Johann Luger’s classic toggle-action semi-auto pistol that carries his name. The venerated handgun, first adopted by the Swiss Army but famously used by Germany in back-to-back World Wars, has gone on to be used in literally hundreds of movies, TV shows and video games, earning it a cult status and a fair bit of aesthetic imitators (Japanese Nambu, Ruger Mk I, etc) although its toggle-action was a technological dead-end.

This, naturally, set the stage for commentary on Crawford’s choice of sidearm once BPD posted the above image to social media on Wednesday, quicking garnering over 1,100 comments. Some of the better for your amusement:

The City’s inmate locator has Crawford’s birthdate as Christmas 2001 and he is listed as still in custody as of Friday morning, charged as an adult with weapon and drug offenses.

As for his Luger, many posters urged the department that the gun is likely stolen from a collector eager to get it back, while others offered to purchase the vintage firearm.

Oddly enough, Crawford’s gun was not the first Luger found by BPD. They posted a picture of a similar weapon in 2015, though without much background other than, “#NoMoreViolence #BPDED patrol was able to get this gun off of Baltimore’s Streets. Suspect arrested.”

#NoMoreViolence #BPDED patrol was able to get this gun off of Baltimore's Streets. Suspect arrested. pic.twitter.com/eKQXxK1xak