Billed as a last-ditch defense option rather than a range plinker, the Pill Box is a throwback of sorts, but an interesting one.

Announced Monday, the tiny Pill Box uses a special wipe which GSL Technology says “should last at least 50 rounds minimum before needing replacement,” providing a sound reduction of some 24 dB. The wipe, a standard of suppressors dating back to WWII, has largely been phased out in recent years in favor of larger but more durable internal baffle systems. 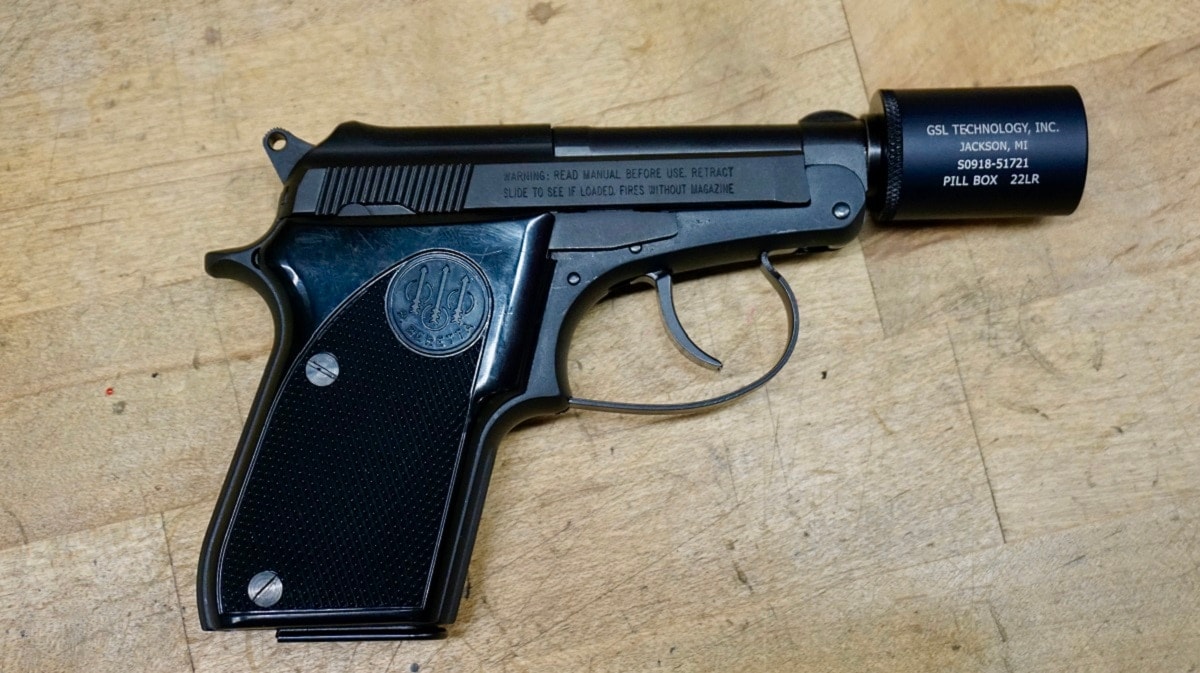 The small black suppressor is made of 7075 aluminum and features standard 1/2x28TPI threads (Photos: GSL) 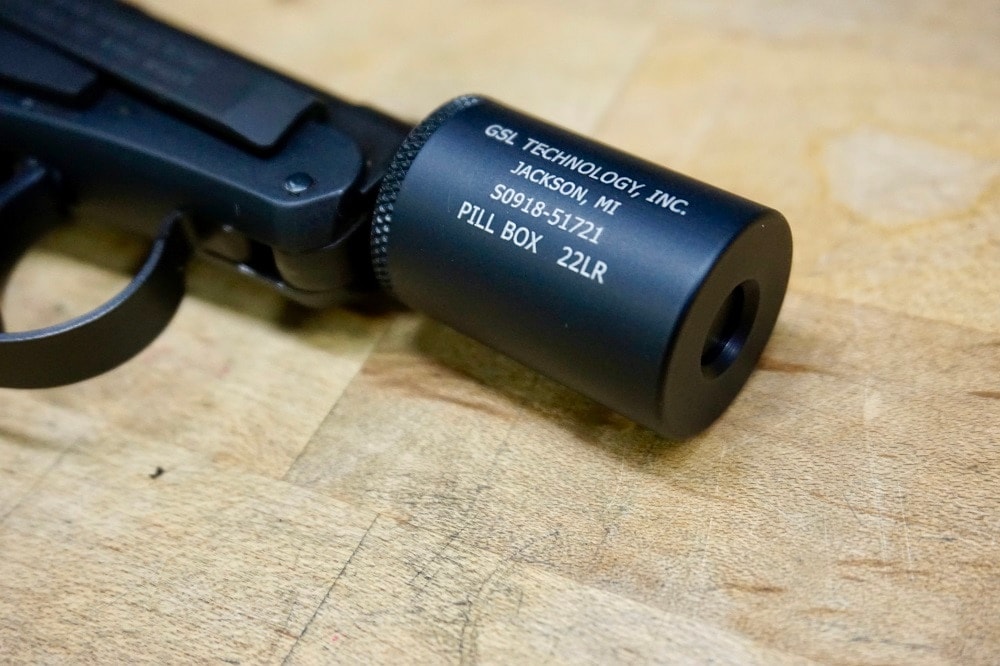 It delivers 24 dB of sound reduction on a .22LR 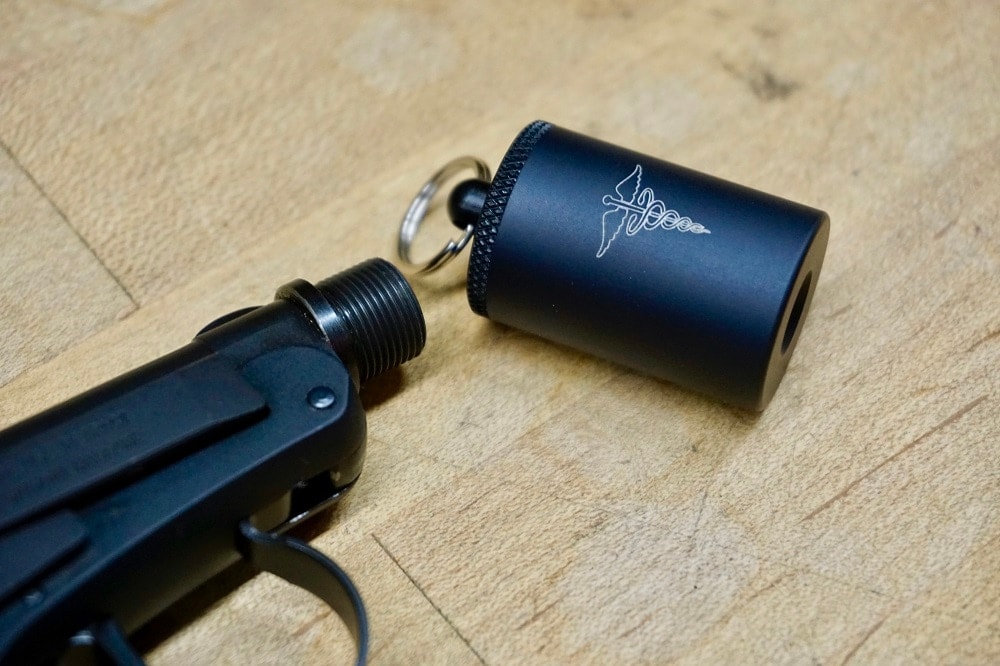 It is also able to carry on your keychain where it is available should a need arise.

At a length of 1.44-inches and a diameter of under an inch, Pill Box weighs in at less than an ounce. The company says that it is the smallest can available on the market at the moment. As such, it stands to take the place of the old Gemtech Pill Bottle and gives newer cans such as the Armtac Covert some serious competition in size.

To replace the wipe once it is worn out, GSL says a Type 7 FFL can do the work or they can replace it for $25 in-house. Sorry guys, they can’t ship spare wipes as they are considered to be regulated “suppressor parts” by the ATF.

Check it out in action, below.