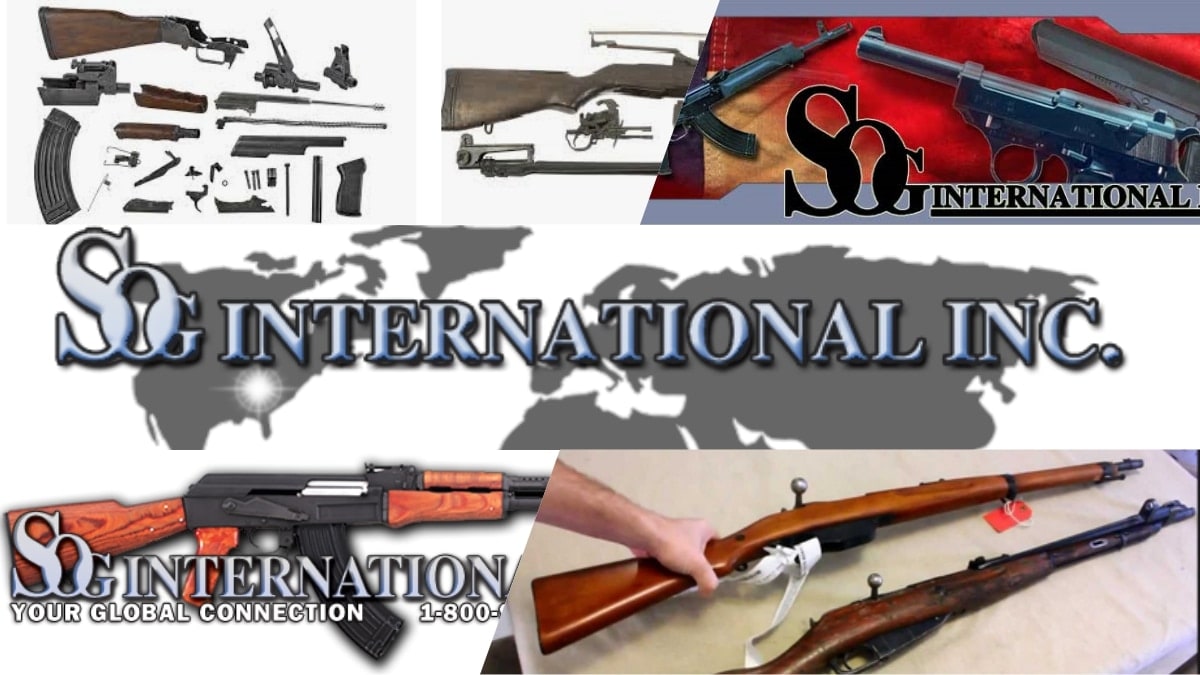 Firearm wholesaler Southern Ohio Guns International has closed their doors after 46 years. While the company’s sparse social media page is still online, its website is no longer active with their last notice, posted on Dec. 4, advising simply that SOG would be shutting down, a downward spiral chronicled on various online gun forums for the past two months.

As such, the big surplus gun house has gone the way of Bannerman’s, Klein’s, WAC, and, more recently, Samco.

Established in Lebanon, Ohio in 1972, SOG specialized in selling military surplus and imported guns and militaria, typically through regular mailers to customers large and small and via large ads in trade publications such as The Shotgun News. Establishing a website in 2000, extensive internet archives of the company’s sales pages across the last two decades make a strong case to buy military surplus firearms and their accessories as a hedge against inflation.

Then there are liberal sprinklings of East German military binoculars, Polish gas masks, machine gun parts kits (hacked up from real machine guns), etcetera, etcetera, ad infinitum. For even more heartburn, go find some print ads from the early 1990s when $150 in your pocket gave a choice between a Swedish Ljungman AG-42 in 6.5x55mm, a Norinco AK sporter, or 1.5 Russian SKSs.

“The days of cheap surplus are done and gone,” Luis Valdes editorialized at The Truth About Guns on news of SOG’s passing. “WWI and II won’t happen again and the days of massive tonnage of small arms being produced for war is over. Never again will major world powers send hundreds of divisions to slog it out across broad battlefronts. It’s all video games from here on.”