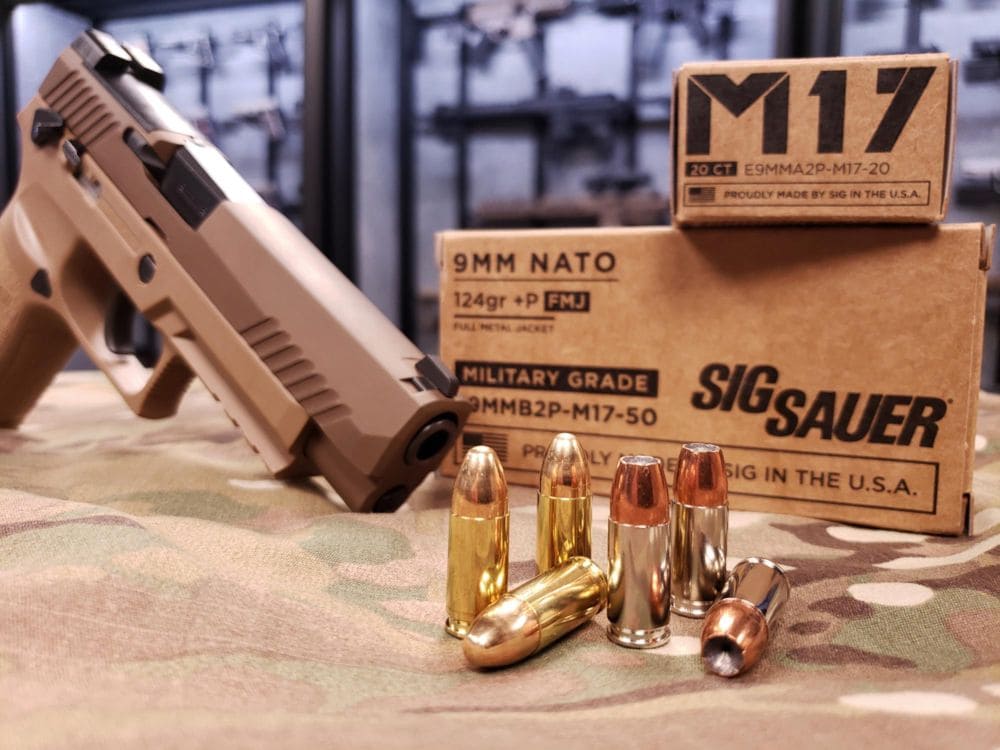 As the maker of the U.S. military’s new sidearm, the M17, Sig bills the two new 124-grain loadings — one a jacketed hollow-point and the other a full-metal-jacket — as “military-grade ammunition” and the rounds are ballistically-matched, to allow the separate training and carry rounds to complement each other. The loads use copper jacketed bullets and clock a muzzle velocity of 1,198 feet-per-second, delivering 395 foot-pounds of energy at the muzzle.

“The commercial release of the civilian variant of the U.S. Army’s M17 pistol, the P320-M17, has been a tremendous success,” said Brad Criner, senior director brand management and business development, Sig Sauer Ammunition. “We are excited to have the opportunity to offer the M17 9mm +P to our customers who want to shoot an ammunition that combines high-quality SIG performance with a military-grade +P ammunition.” 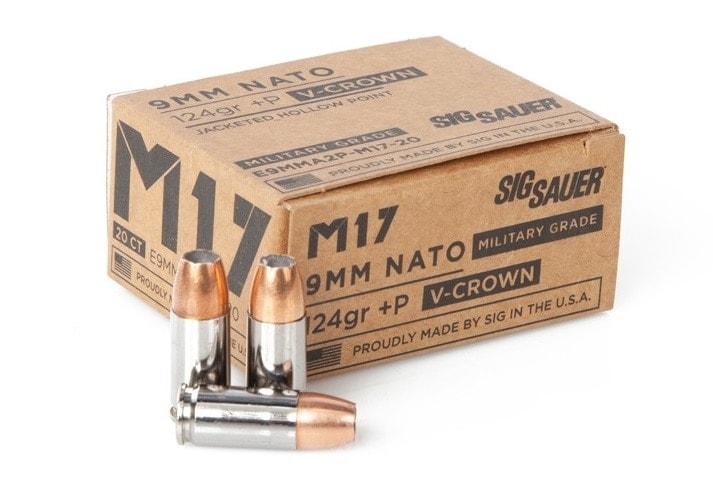 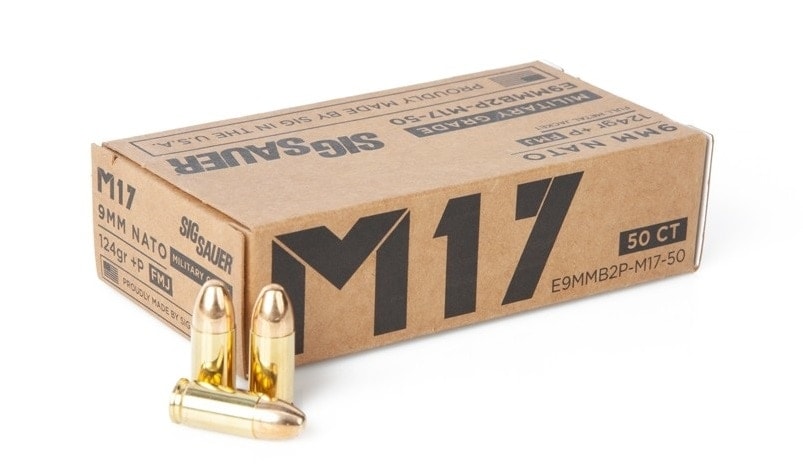 Despite the M17 branding on the ammo, the company advises the loads are “specifically engineered for exceptional performance in any 9mm +P rated pistol.”