The AR marketplace is saturated with options these days, so when Falkor Defense introduced The Standard, I was a little surprised. Why would a company known for their high end AR platforms decide to make something in an entry level platform and what would set them apart from everyone else. One thing I wanted to clear up, this is NOT a budget AR. This rifle has a MSRP of $1,599. While there is nothing wrong with budget AR platforms, this rifle falls into the category of a Daniel Defense or BCM.  Some people may want to say that this is not an entry level platform, but it is an entry level for what I would classify as a tier 1 rifle. These rifles are for the person looking for a “working” rifle, like competitors, LEO, serious enthusiasts, and serious hunters.

Curious about the rifle I reached out to Falkor to see if I could run one for a little while. They graciously lent me one for a month. One of the first things I noticed upon receiving it was the attention to detail in little things. For example, it comes in a hard case, which many rifles in this category do, but instead of just egg foam, it had cut hard foam with addition cutouts pre-cut but not removed for things like optics. Nice touch for sure, but obviously does not effect the shootability. 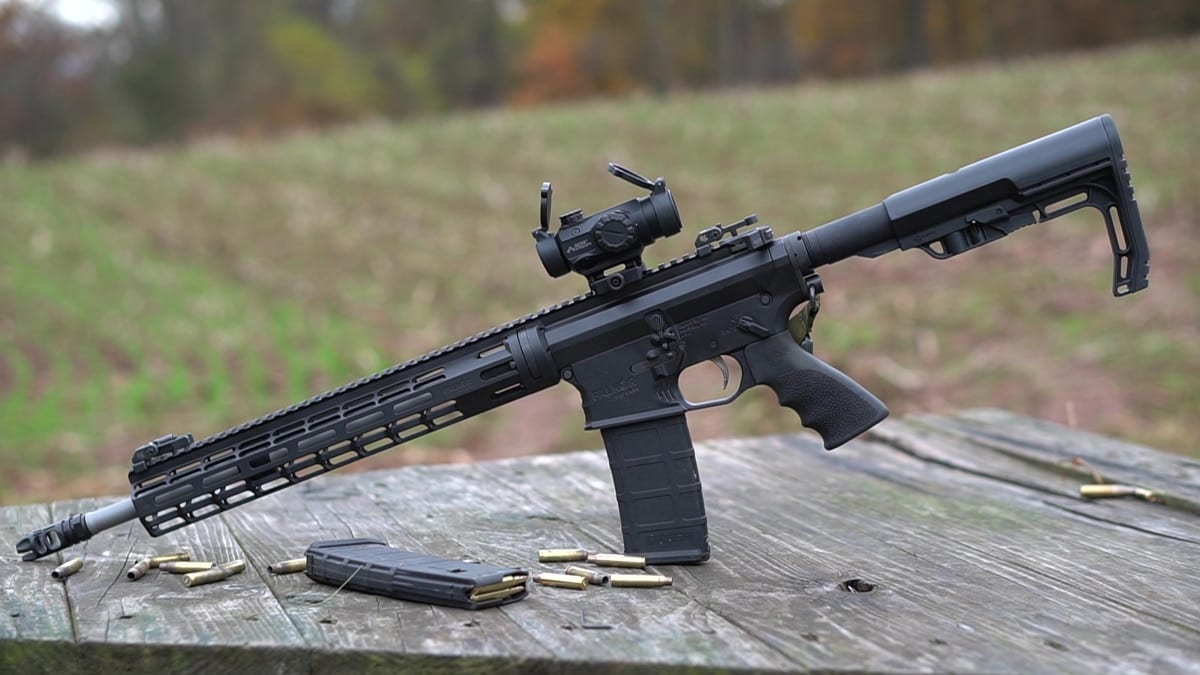 These rifles are for the person looking for a “working” rifle, like competitors, LEO, serious enthusiasts, and serious hunters. (Photo: Noah Alkinburgh/Guns.com)

The next thing I realized immediately was that this rife was ready to shoot right out of the box. It comes with Griffin Armament M2 sights already installed. It is extremely unusual to buy a rifle these days that already has sights included, much less one of the best options in iron sights available on the market today. I also immediately recognized the MFT Battlelink stock which was great to see already included.

The third thing I noticed was this rifle is light for a 16 inch carbine. Weighing about six and half pounds (specs say it is 6.35 without a magazine) it felt really nice for a rifle this size, especially with a billet receiver set and stainless steel barrel. Using their own receivers and forend coupled with a Hanson .223 Wylde barrel, they managed to make this quite svelte. To say I was pleasantly surprised at what it looked like and felt like out of the box would be accurate, but I needed to get it to the range. 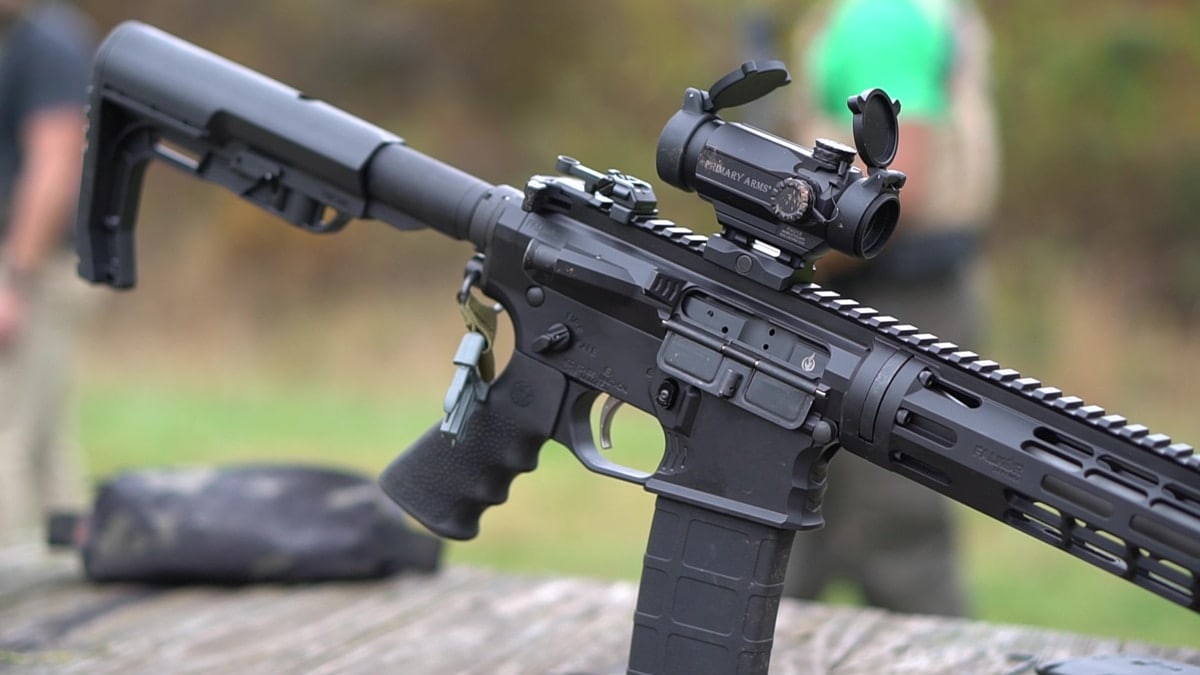 It is extremely unusual to buy a rifle these days that already has sights included, much less one of the best options in iron sights available on the market today. (Photo: Noah Alkinburgh/Guns.com)

The first time I took it out, I took it just like it arrived. I didn’t put any optics on it or change anything. I was easily making hits at 100 yards and was snapping of shots quickly at 25 and 50 yards. Then I took it to the range again and this time I put the Primary Arms 1x Cyclops optic on it. We ran some drills designed to get the heart rate up and I was making hits standing at 150 yards.

One of the things that I liked the most on the rifle was the Radian Weapons Talon ambidextrous safety selector. This was the first time I had used one and the large size and simple throw on it made safety manipulation extremely easy. The biggest thing I did not like was the oversized (for me at least) Houge pistol grip. I’m sure some people will really like this but I would take this off immediately if it were my rifle. The nickel boron trigger is surprisingly nice to shoot. Smooth with a crisp reset, it was much better than a standard mil-spec. 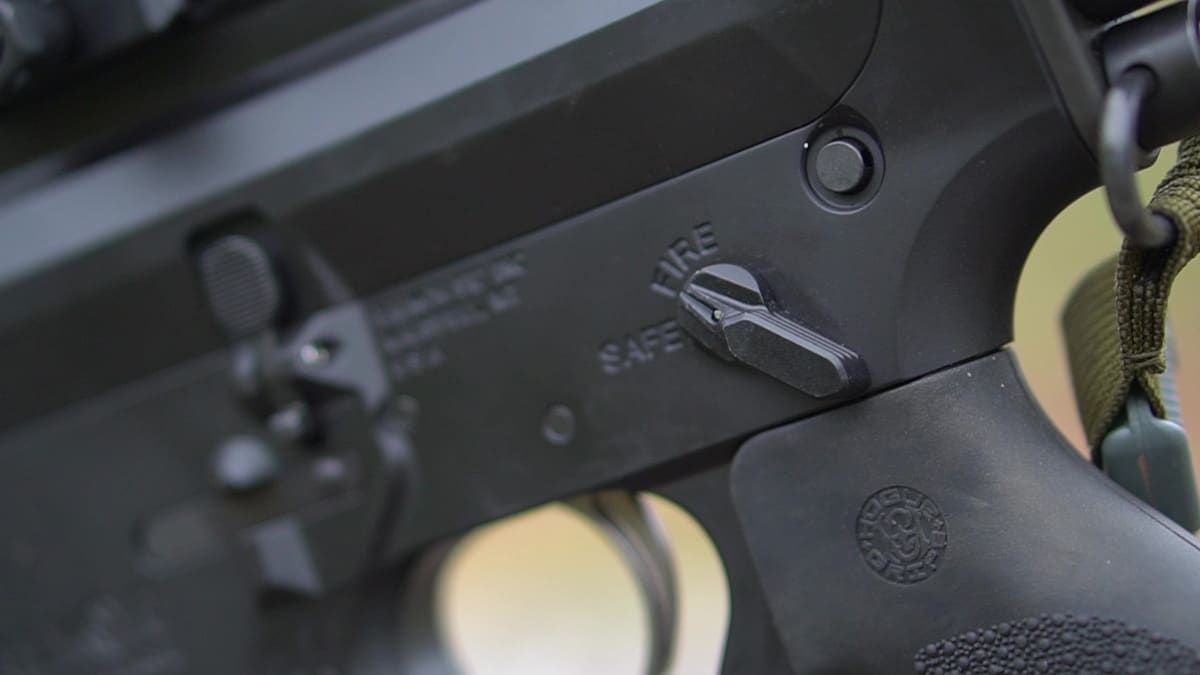 One of the things that I liked the most on the rifle was the Radian Weapons Talon ambidextrous safety selector. (Photo: Noah Alkinburgh/Guns.com)

My overall impressions of this rifle were very favorable. I wasn’t expecting to be blown away and was moderately surprised on how nice of a job Falkor did with this rifle. They like to say that it is “everything you need and nothing you don’t.” I can agree. This setup was well thought out and they deliver a rifle that you may want to make minor tweaks to but it honestly a rifle ready to go out of the box. At $1600 you are ready to go, you don’t need to spend another $200-$300 getting it setup with a better charging handle, nicer trigger, better stock, and a new forend. If you are ready to leave behind the budget rifles and are looking for a rifle that will work as hard as you do then I highly recommend you take a look at the Standard from Falkor Defense.