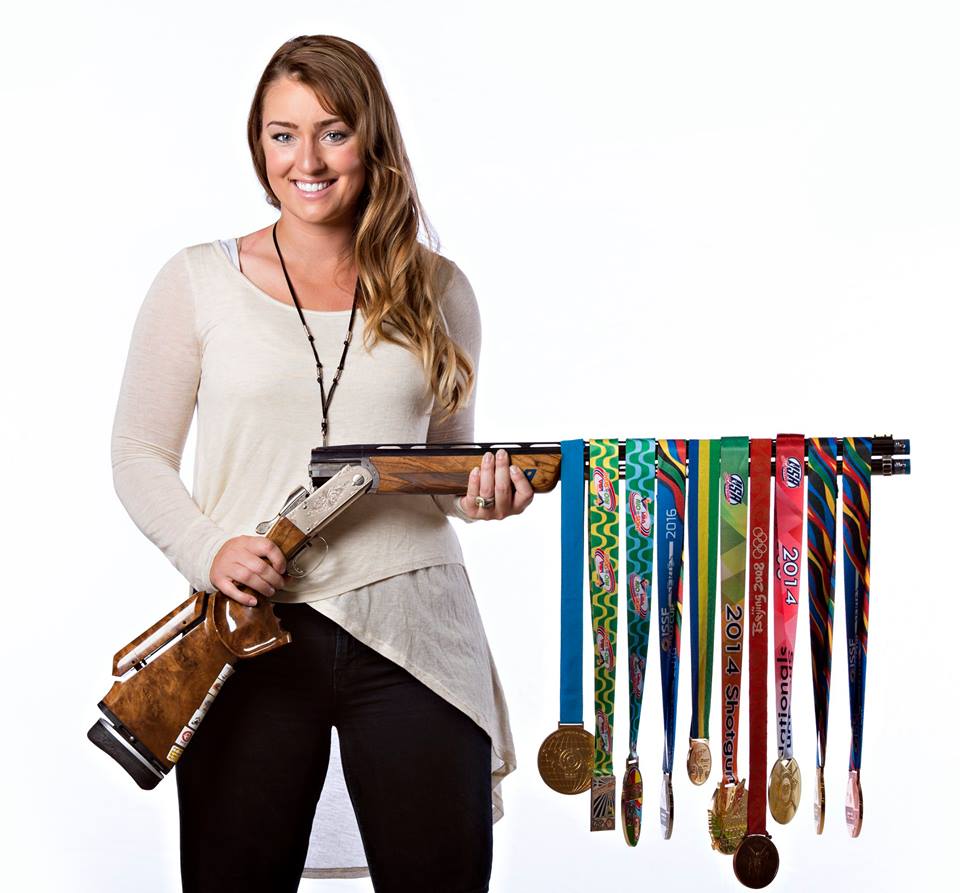 World-class trapshooter Corey Cogdell-Unrein, who has two Olympic bronze medals, will be the first shooting sports athlete in the Alaska Sports Hall of Fame. (Photo: Cogdell-Unrein via Facebook)

The Eagle River, Alaska native and two-time Olympic bronze medal-winning trap shooter has been named to the Alaska Sports Hall of Fame’s 2019 class.

Cogdell, 32, was born in Palmer, Alaska and grew up hunting with her father, later going on to train with four-time Olympian Bret Erickson. After joining the U.S. National Team in 2006, she went on to win a bronze medal at the 2008 Olympic Games in Beijing, China and second in 2016 after coming in 11th at the 2012 London Olympics. She has also picked up medals at three ISSF World Cup matches — including gold in Women’s trap in 2012 — as well as the Pan American Games and Championship of the Americas.

Cogdell-Unrein will be the first shooting sports athlete in the Alaska Sports Hall of Fame, as noted by Team USA, and will join former Major League Baseball player Chad Bentz of Juneau in this year’s inductee class. The selection process is based on votes from a panel comprised of sports editors from the major newspapers in the state, as well as past inductees and the public.

“I am honored to become the first shooting sports athlete to be inducted into the Hall of fame and so proud to represent my great home state of Alaska in such a wonderful sport,” said Cogdell-Unrein.

The wife of Tampa Bay Buccaneer’s defensive tackle Mitch Unrein, she is a fan of Krieghoff shotguns, bird hunting, and is a member of the pro-hunting Safari Club International organization as well as the NRA.

I've been getting a lot of questions about my new custom krieghoff stock so here it is!Oh & my new @Cabelas hoodie! pic.twitter.com/l5299EGhOB

Just me, my gun and the range this morning.. Not a breath of wind and a 24/25 to start my day @Cabelas #shootinglove pic.twitter.com/SMd8jy3lDC

Just signed up for my @NRA life membership!
If ur not a member you should be,life membership is 300$ right now! @USAShooting #2ndamendment