“This is our big time gun. It’s not for everybody,” Osborne said while pointing out the $1,400 price point. “This is not a gun that your normal guy is going to up and grab. This is a gun that you buy to make your friends envious. That pushes the limits of performance when you get down on the range.”

The 9mm design replaces the polymer frame and the internal guide rod of the original model by constructing it entirely out of steel. While the change adds an extra pound to the gun, it results in smoother, faster shooting. Osborne explained they tested the differences between the polymer-framed Q5 and the all-steel one with Walther’s pro shooters. Looking at timed-match shots of 20 rounds the average split dropped from 0.75 seconds to 0.4. 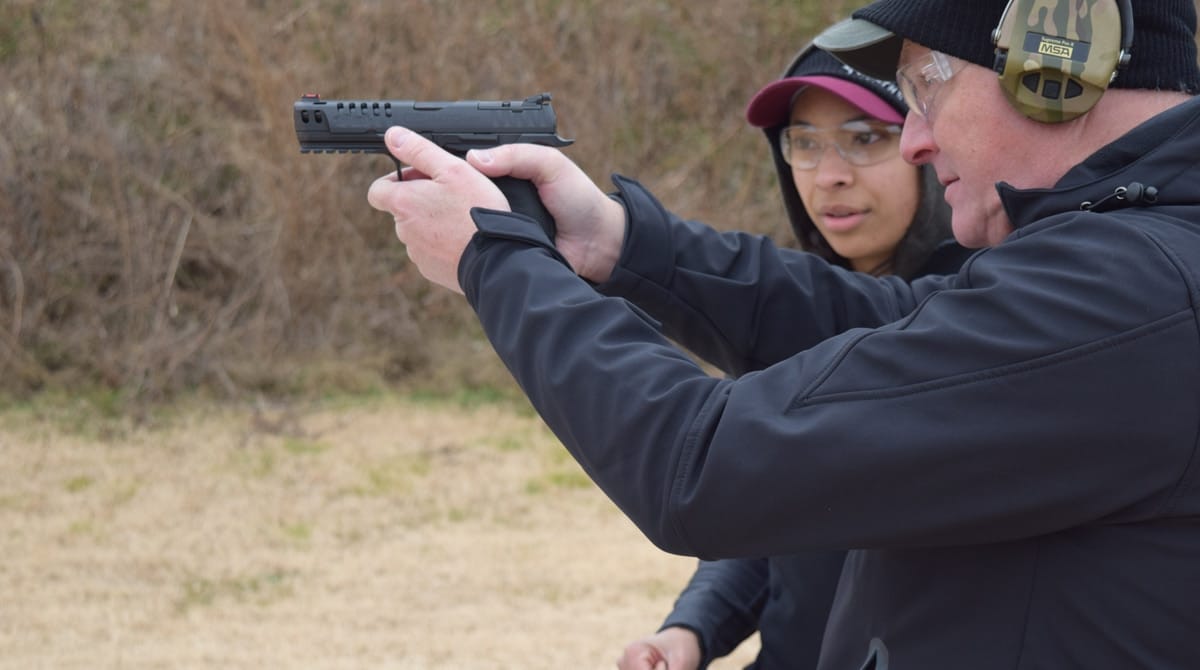 “You would save about 3.5 seconds on a (competition) stage, so that’s pretty phenomenal when you see the grand scheme of things,” Osborne said. “Especially when you start looking at guys at the end of the match and where they sit and how the top competitors are separated. They’re usually separated by a minute amount of points.”

Osborne credits the quicker shots to a combination of the extra heft, which keeps the gun shooting flatter, and the quick defense trigger as seen on the Walther PPQ pistol, “so a two-stage nice break and then a tenth-of-an-inch reset.”

Along with the all-steel construction, the trigger was the most discussed feature. Painted flashy blue, the mechanism was tuned for a 5.6-pound pull and featured a passive safety — like a trigger on a trigger — found on most self-defense and duty pistols, which makes sense because it evolved from such a design, the Walther PPQ. 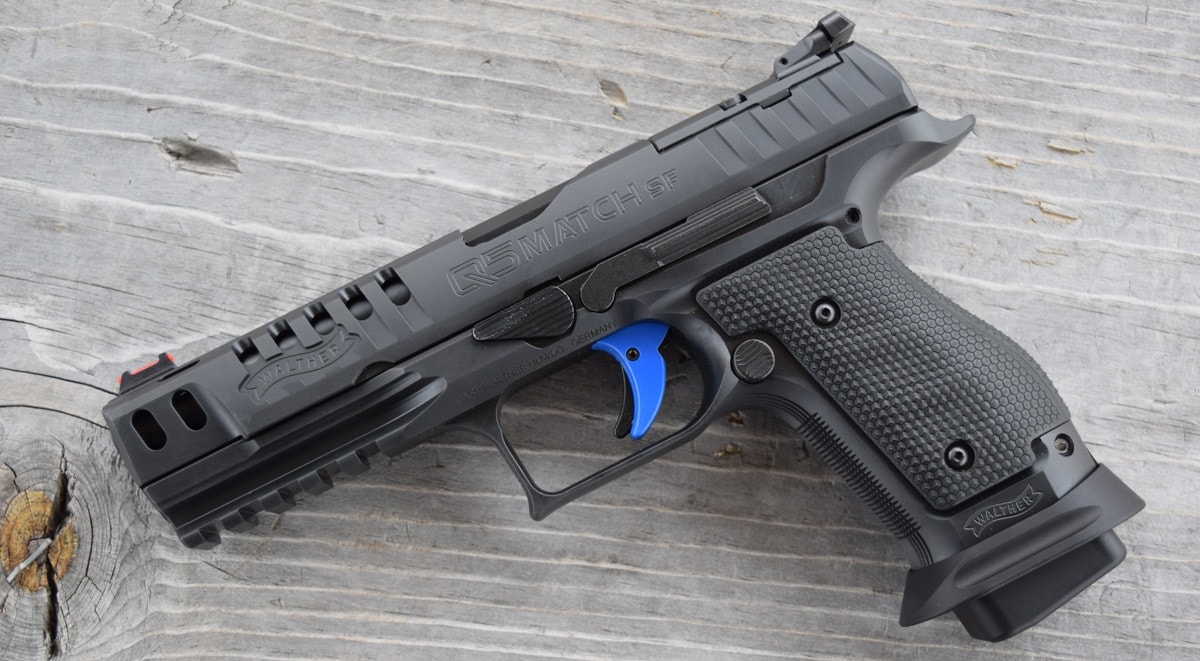 “There was a lot of requests to turn (the PPQ)  into a real race gun, which started with the Q5 Match, so the logical next step was the steel frame, which catapults this thing to the next level,” said Bernhard Knoebel, Walther’s chief executive, about the new gun’s origin.

When a shooter picks up the new Q5 Match SF, Knoebel said they’ll notice the weight distribution, balance and overall mass of the gun. “I’m pretty sure that people who understand handguns will appreciate what we put into it. The level of detail, the outstanding trigger, so it’s a whole melting pot of good things that came together,” he said.

And the gun was easy to shoot and handle. Even on a freezing December day while wearing gloves. The weight of the pistol felt balanced and absorbed the recoil of the 9mm rounds with ease, making accurate follow up shots easy and manageable. Dinging small plates at about 15 yards with rapid shots was a cinch. 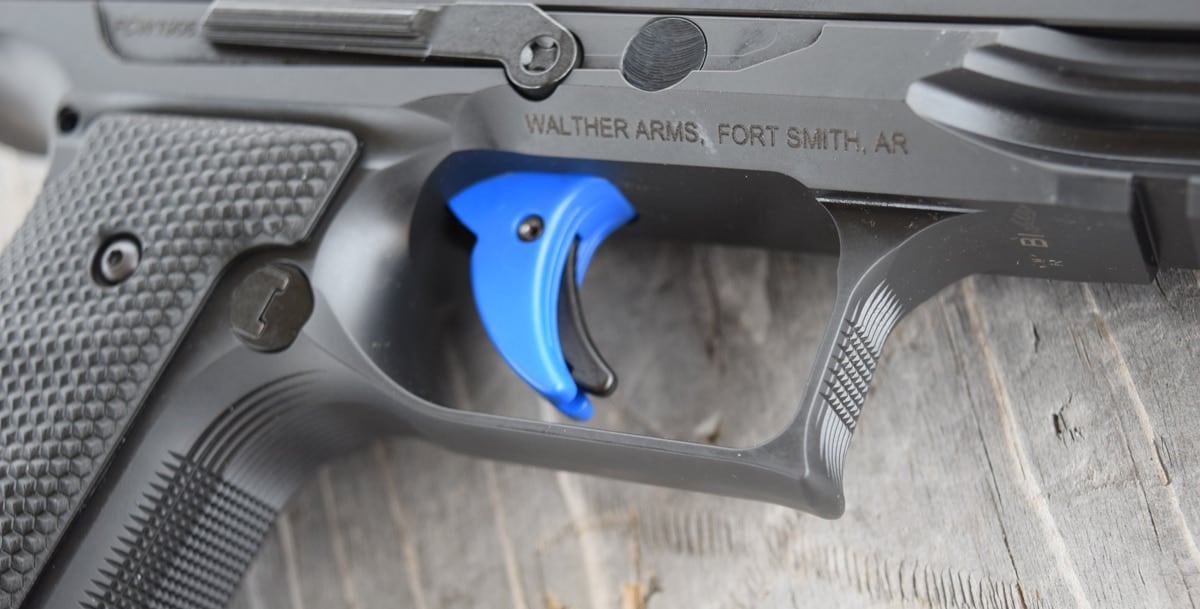 The Walther Q5 Match SF is equipped with the same trigger as the company’s PPQ handgun design. It features a passive safety and has a 5.6-pound pull. (Photo: Daniel Terrill/Guns.com) 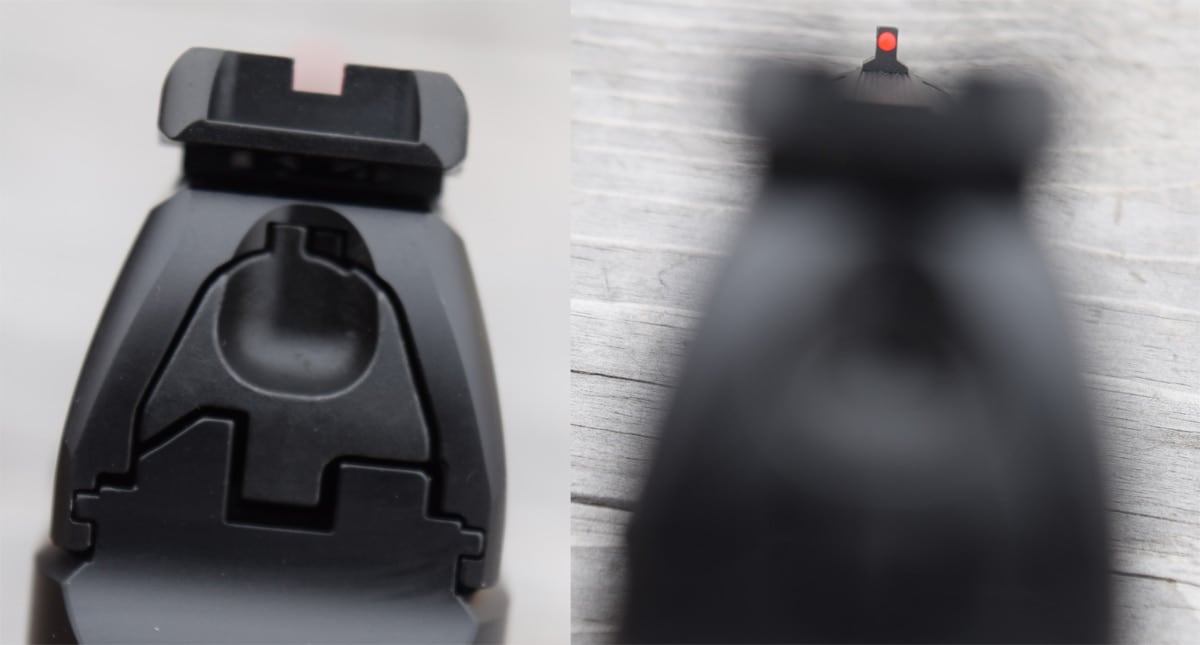 The space between the rear sight and the fiber-optic front sight is 7.2 inches. Additionally, the rear sight is removable for mounting optics. (Photo: Daniel Terrill/Guns.com) 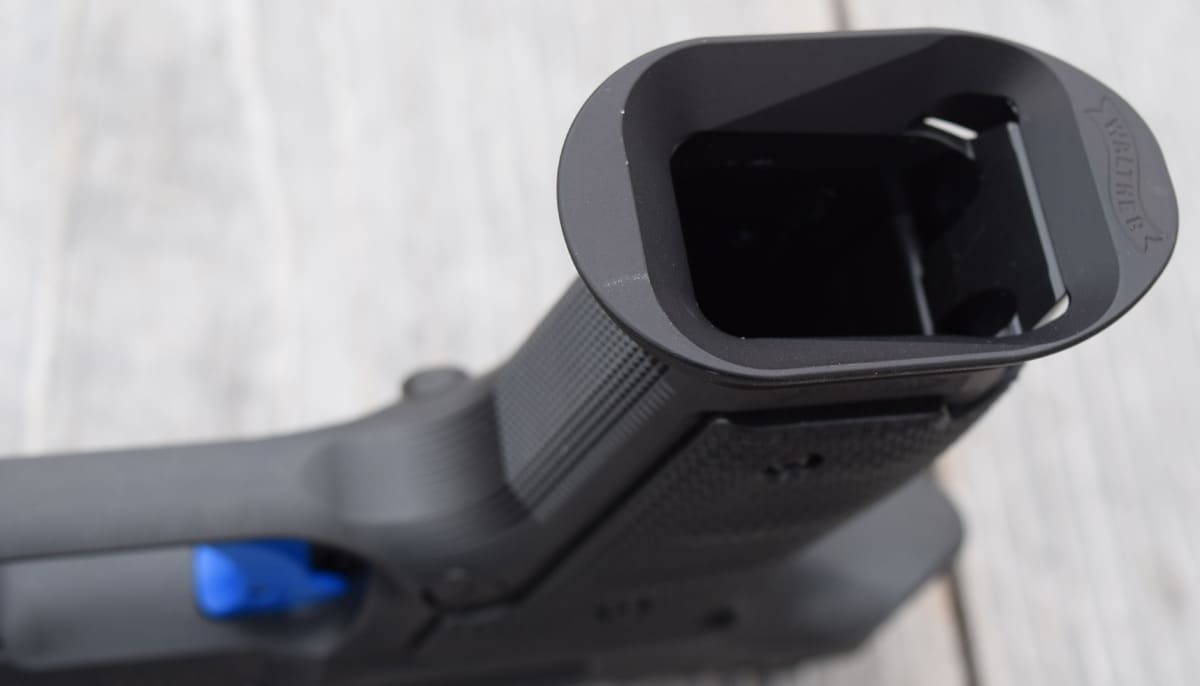 The Walther Q5 Match SF has a wide magwell for easy insertion. The gun comes with three 15-round magazines. (Photo: Daniel Terrill/Guns.com) 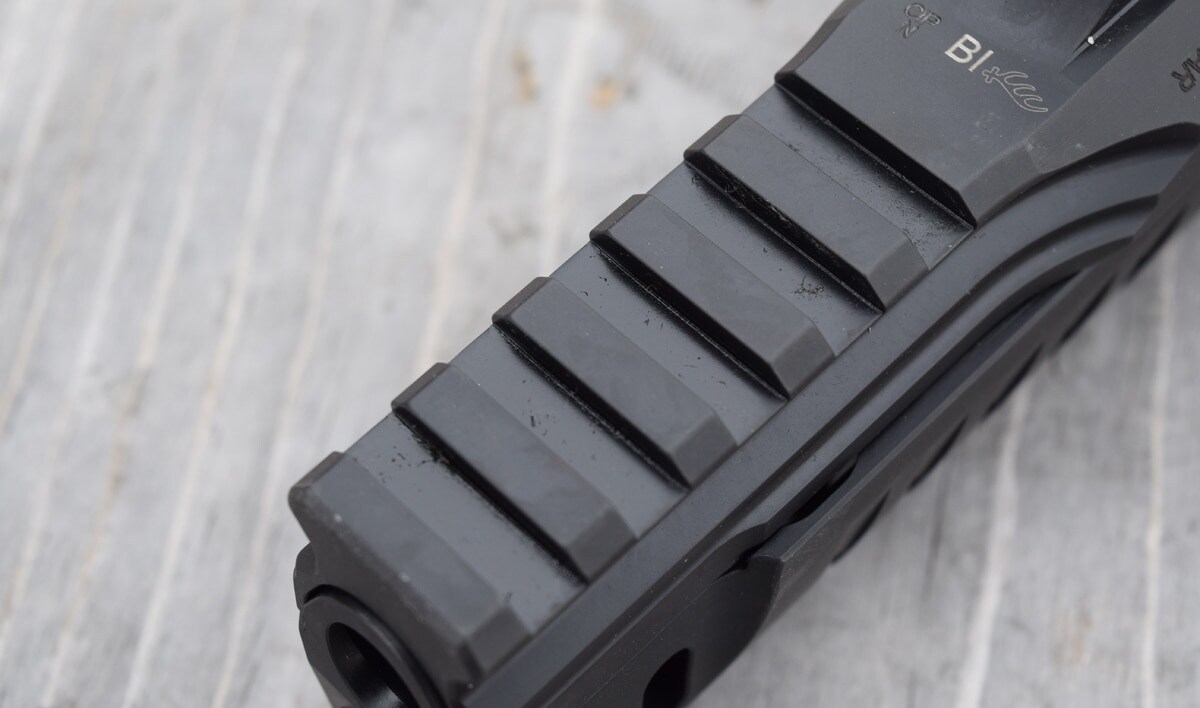 Above the Picatinny rail on the Walther Q5 Match SF is a wide dust cover. (Photo: Daniel Terrill/Guns.com) 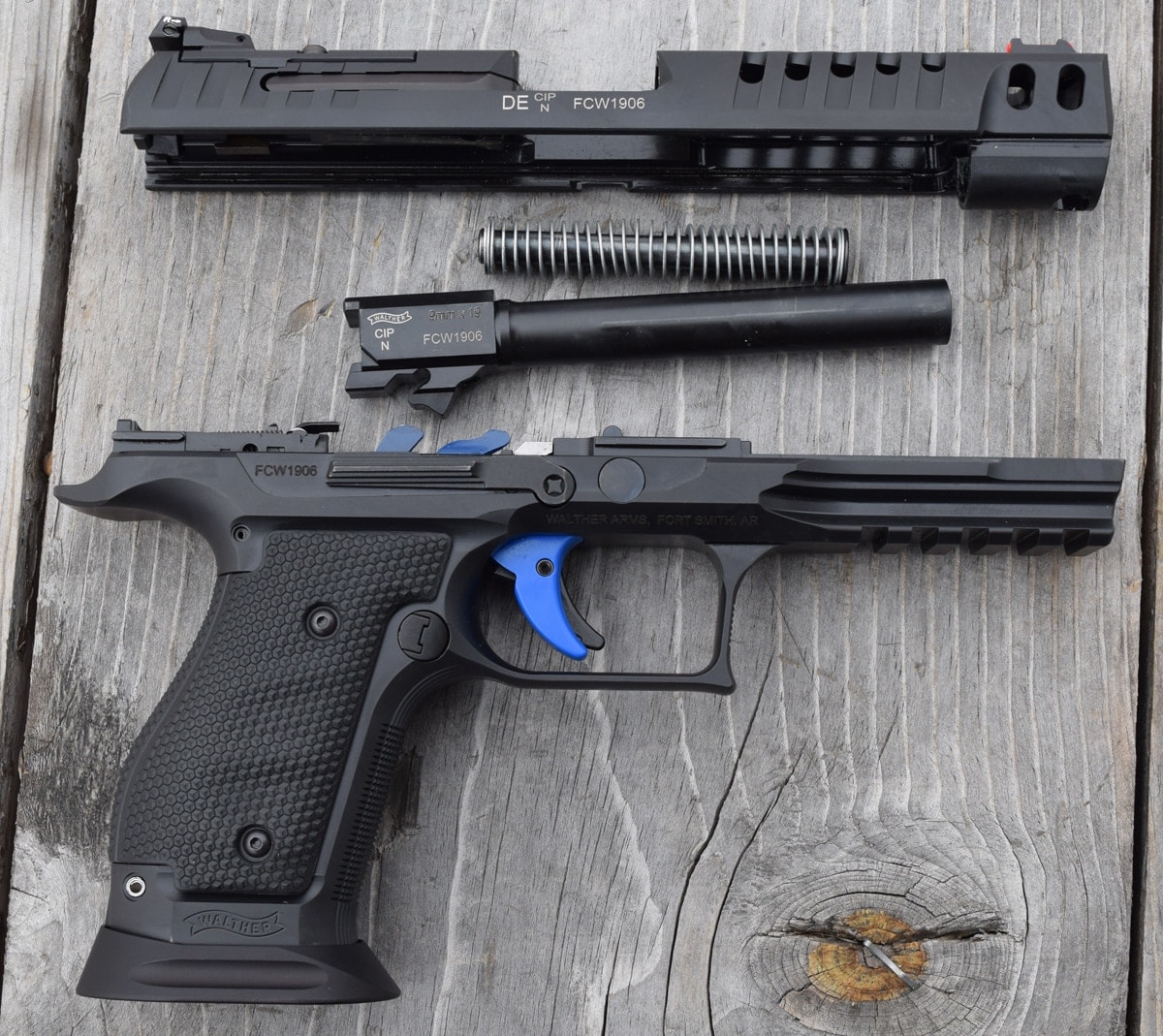 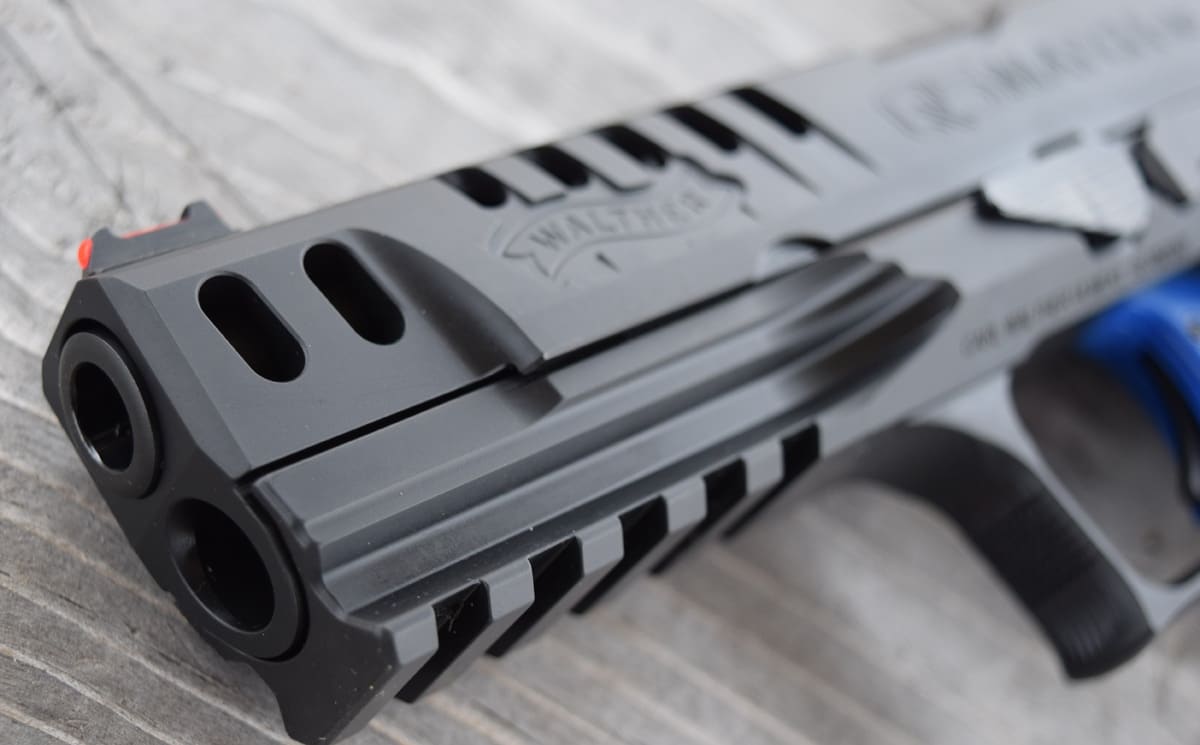 The Walther Q5 Match SF has lightening cuts in the slide, which makes the reciprocating action smoother and the gun lighter. (Photo: Daniel Terrill/Guns.com)

Others agreed. “The new Walther Q5 is sweet. Like they have the same rad trigger that the PPQ has — like the best out-of-the-box trigger you’ll probably going to find in any pistol,” said Thea Van Syoc, a social media influencer who operates the Instagram page VanleeThea.

Many gun buyers cite self-defense as reasoning for buying a gun. These are typically polymer-framed. So, it begs the question: why introduce an all-steel striker-fired pistol? Few manufacturers make them, which raises the question about what kind of demand exists for such firearms.

Walther’s director of product development Bret Vorhees expressed an if you build, it they will come attitude about the Q5 Match SF. “Not really any market forces that were really relevant, but we knew that if we came up with something that was truly special and something that was attractive to consumers, we knew that it would be popular,” he said. 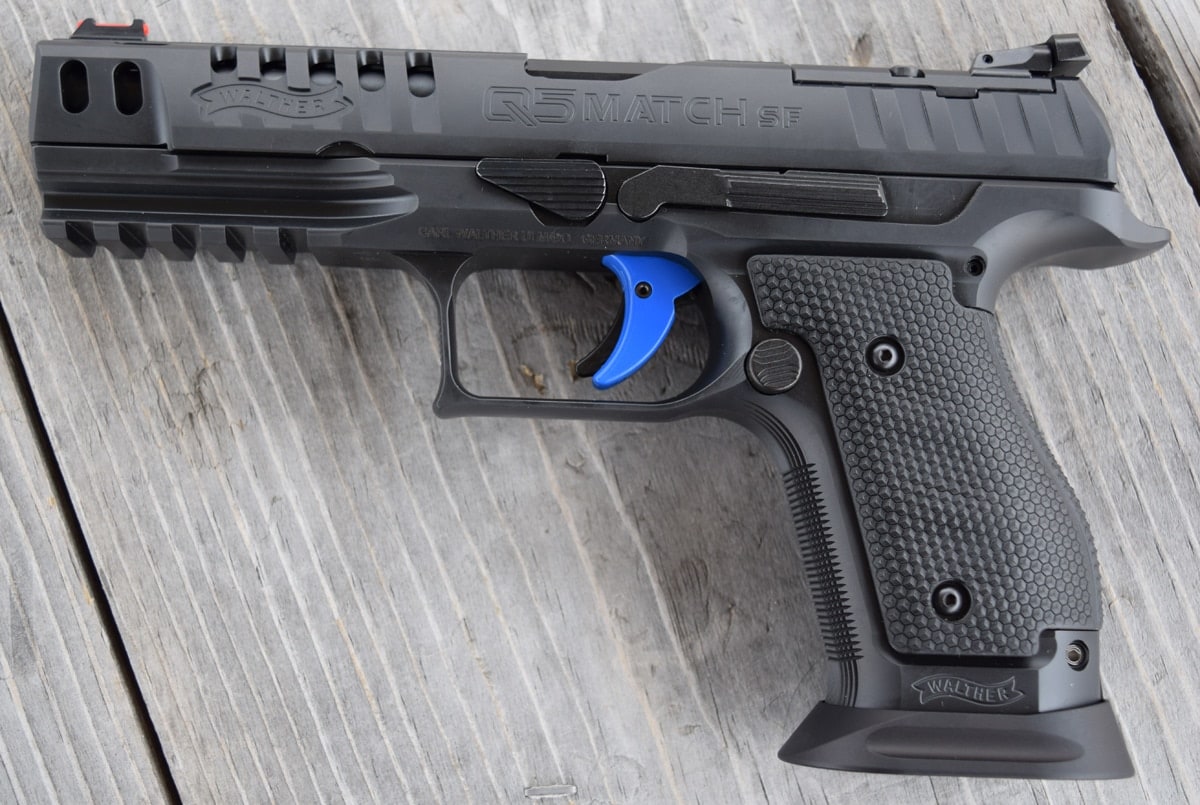 “(We’re hoping that gun buyers take away) really just the quality and attention to detail that Walther is willing to offer something that really sets us apart from the rest of the players on the market,” he added.

The Walther Q5 Match SF evolved from and was inspired by competition handguns, which makes the high cost more reasonable. Other key features include an extended dust cover, wrap-around textured grip panels, oversized beavertail, and the lightening cuts in the slide. The rear sight is also removable and can be easily replaced with a red dot.

Alongside the new gun, Walther will release corresponding performance accessories that includes kits to modify magazines and triggers for all Q5 Match pistols — polymer or steel construction. On top of that, Walther will roll out more designs with an all-steel construction in the future. The Walther Q5 Match SF will be available Jan. 1. MSRP is $1,399.99.