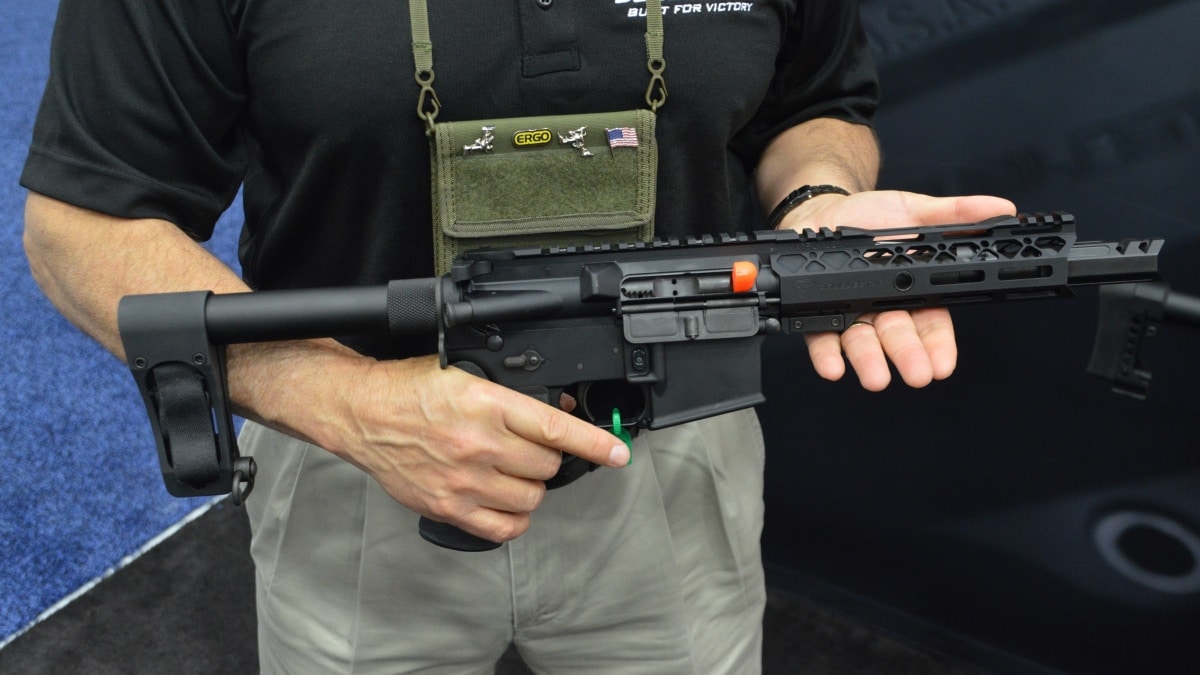 Besides 205 models of firearms listed by name, the ban would include “featureless stocks” and pistols with stabilizing braces. (Photo: Chris Eger/Guns.com)

Democrats lead by U.S. Sen. Dianne Feinstein on Wednesday rolled out their most sweeping assault weapons ban proposal since 1994.

The planned Assault Weapon Ban of 2019 targets the sale, transfer, manufacture, and importation of “military-style assault weapons and high-capacity ammunition magazines,” as defined by the California Democrat and her co-sponsors, Senators Chris Murphy and Richard Blumenthal of Connecticut.

“This past year, we’ve seen Americans rise up and demand Congress change our gun laws. Banning assault weapons would save lives,” said Murphy, who in the past has spoken out against what he termed “the imaginary 2nd Amendment.”

Besides outlawing 205 gun models by name — Feinstein’s original 1994 ban only listed around 20 specific models — the proposal would also define an “assault weapon” as a semi-automatic with a detachable magazine that included one of a list of cosmetic features that are deemed “military characteristics” such as a threaded barrel, pistol grip or folding stock. This is less lenient than the previous ban which allowed a “features test” that included two such characteristics.

In addition, the measure would expand federal law to ban adjustable stocks, Thordsen-style stocks such as used in “featureless rifles” marketed in states like California, “assault pistols” that weight more than 50-ounces when unloaded, and popular pistol stabilizing braces that have become widespread in recent years.  Detachable magazines capable of holding more than 10 rounds would be prohibited from transfer and guns grandfathered when the ban takes effect would be required to be locked up when not in use. A background check would be mandatory for future sale or gifting of grandfathered guns, even between two private parties.

Joining Feinstein in her effort to “get these weapons of war off our streets,” are at least 25 other Dems in the Senate who have promised to sign on to the legislation. However, with Republicans in charge of the chamber, it is unlikely the measure will make it out of committee without bipartisan support.

Meanwhile, in the now-Democrat controlled House, Rhode Island U.S. Rep. David Cicilline has been elevated to a leadership position in that body and has since 2011 backed a series of bans on semi-automatics similar to Feinstein’s latest attempt.

Honored to have the support of @Everytown who are leading the charge for sensible gun laws in our country. I'll never stop fighting to keep dangerous weapons of war off our streets. pic.twitter.com/xOYfgZtTaD