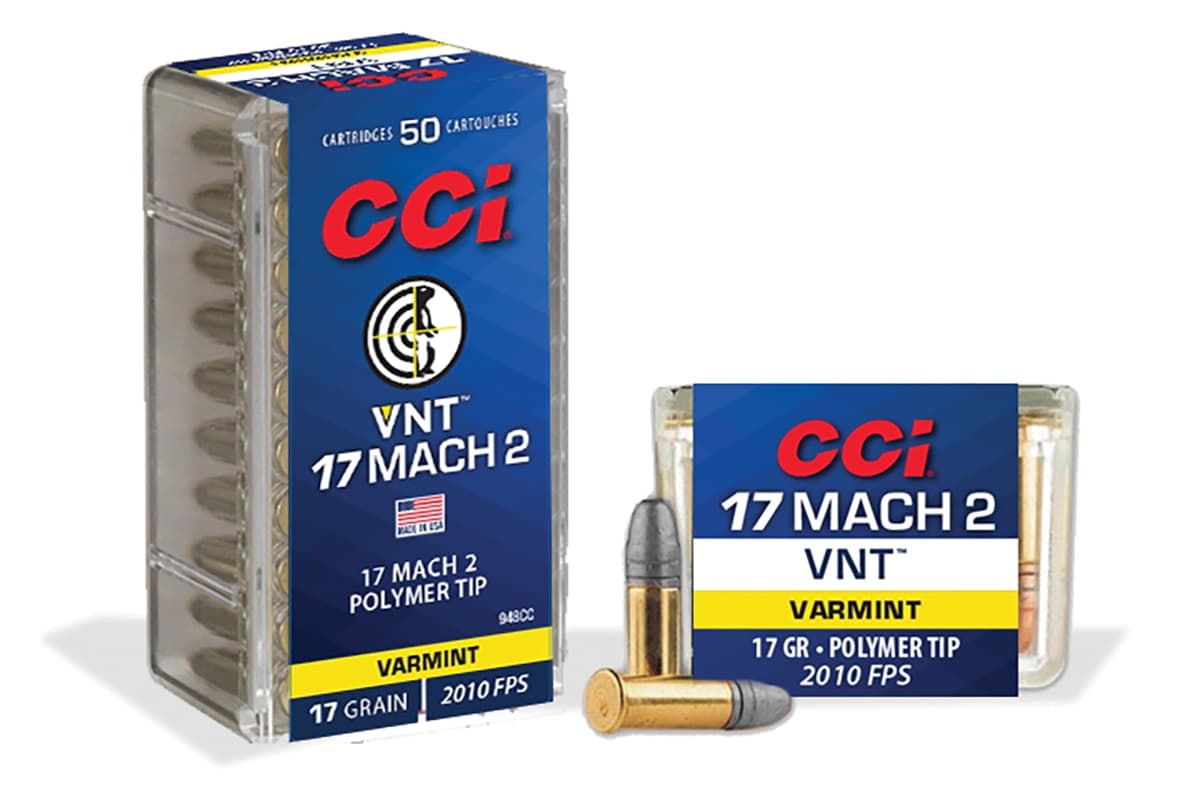 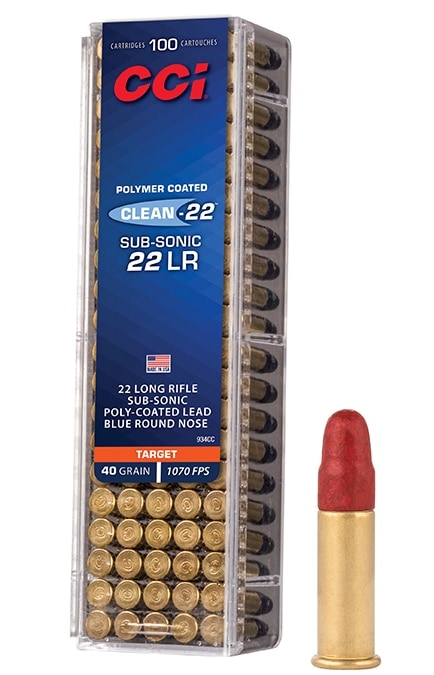 The Clean-22 will also join the lineup. (Photo: CCI Ammunition)

CCI kicks off the new goodies with more introductions in the VNT series. Launched in 2018, the VNT series target varmint hunters and target shooters with a magnum rimfire design. In 2019, the company will add 17 Mach 2 and 22 WMR variants. The newest rounds offer a Speer bullet built with an extremely thin jacket paired with a polymer tip. The design brings flatter trajectories along with long range capabilities, according to CCI Ammunition.

The Quiet-22 Semi-Auto enters the lineup as a load that reduces the volume of standard 22 LR rounds. The load cycles easily through both semi-automatic rifles and handguns. The low-velocity load offers the sensation of shooting through a suppressor without actually using a suppressor or paying that ATF tax stamp for one. CCI Ammunition says the load is ideal for new shooters taking to the range for the first time.

The Clean-22 series features a polymer bullet that reduces the amount of copper and lead fouling in the barrel of the gun. The load also cuts through lead buildup in suppressors.

The ammunition is set to launch Jan. 22 through Jan. 25 in Las Vegas at SHOT Show.