On the eve of SHOT Show, Taurus has moved into a higher level of .22LR offerings from the company by raising the curtain on the all-new TX22 rimfire pistol. The Brazilian-based handgun maker said they wanted a semi-auto that ran like a “custom-tuned pistol but comes at a price point that puts a competition-level handgun squarely in the budget of the mainstream shooter.”

As such, the single-action only striker-fired pistol has a 5-pound trigger with a short reset and fully adjustable rear sights. Suppressor-ready with 1/2x28TPI threads, the 4.1-inch barrel rests inside a 7075 aluminum slide that has been black hard-coat anodized. There are both front and rear slide serrations. 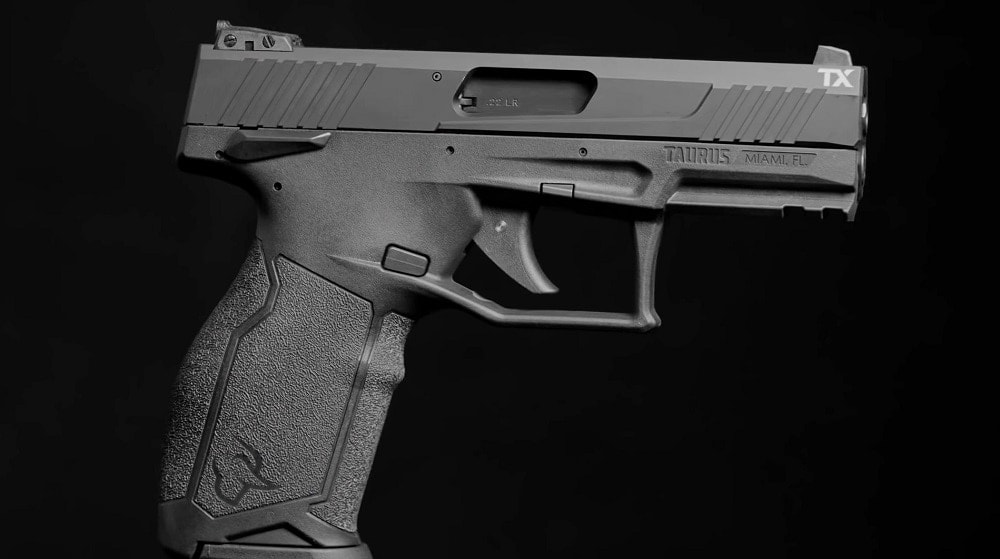 Taurus says the “human factor” was blended into the TX22 during its development process, providing superb ergonomics. (Photo: Taurus)

Weighing in at 17.3-ounces, unloaded, the TX22 has an overall length of 7.06-inches. Equipped with a frame-mounted accessory rail, the surface controls include a reversible mag release and an optional ambi manual safety.

Shipping with a pair of 16-shot magazines, the TX22 has an MSRP of $349, which will likely put it in the $299-ish area at your dealer. This puts it in the same neighborhood as the Walther P22 and undercuts the similar Ruger SR22 series, the latter of which has a suggested retail of $439.