Returning to the handgun market just in time for their centennial celebration, Mossberg’s handgun was the buzz in the aisles of SHOT Show this week.

Following in the dusty footsteps of the Prohibition-era Mossberg Brownie– which left production while FDR was in office– the new MC1sc pistol weighs some 22-ounces while fully loaded largely due to its polymer frame. 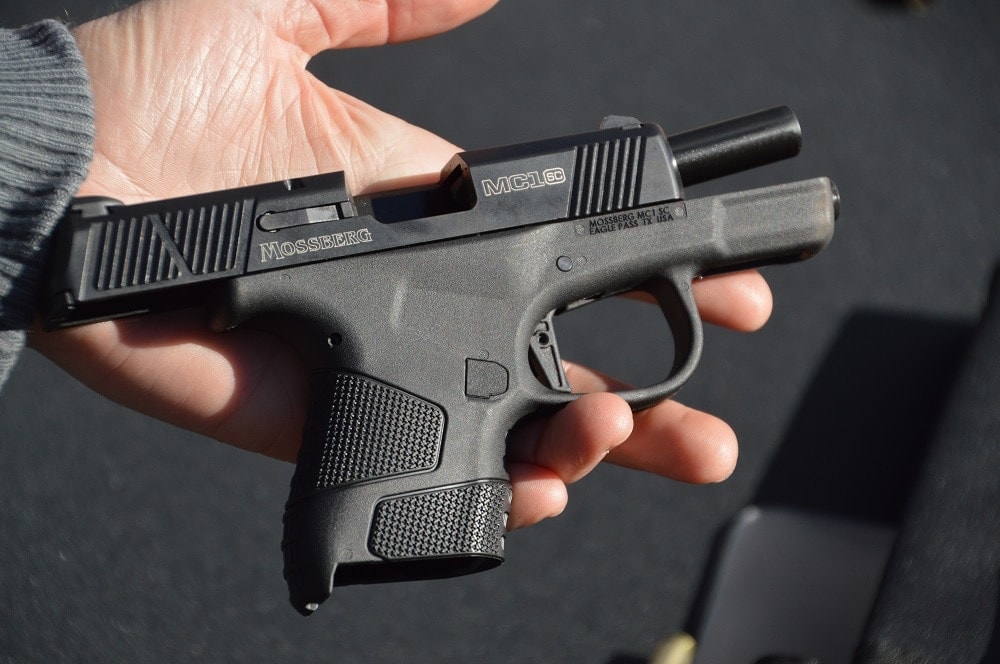 Billed as ideal for every day carry, Mossberg’s 9mm boasts a six-round flush-fit and seven-round extended magazine while a 3.4-inch barrel gives it a 6.25-inch overall length. 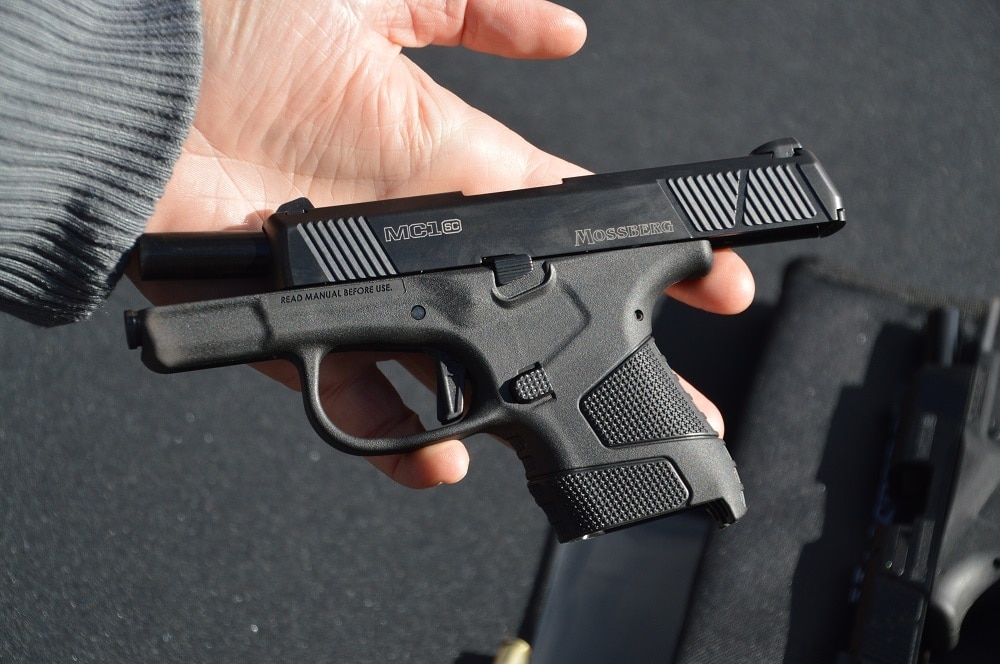 As such, it is about the same size as the standard Glock 43 which boasts the same magazine capacity. Speaking of the G43, the MC1sc ships with clear magazines but will accept the same Glock 6-rounders used in that Austrian pistol. 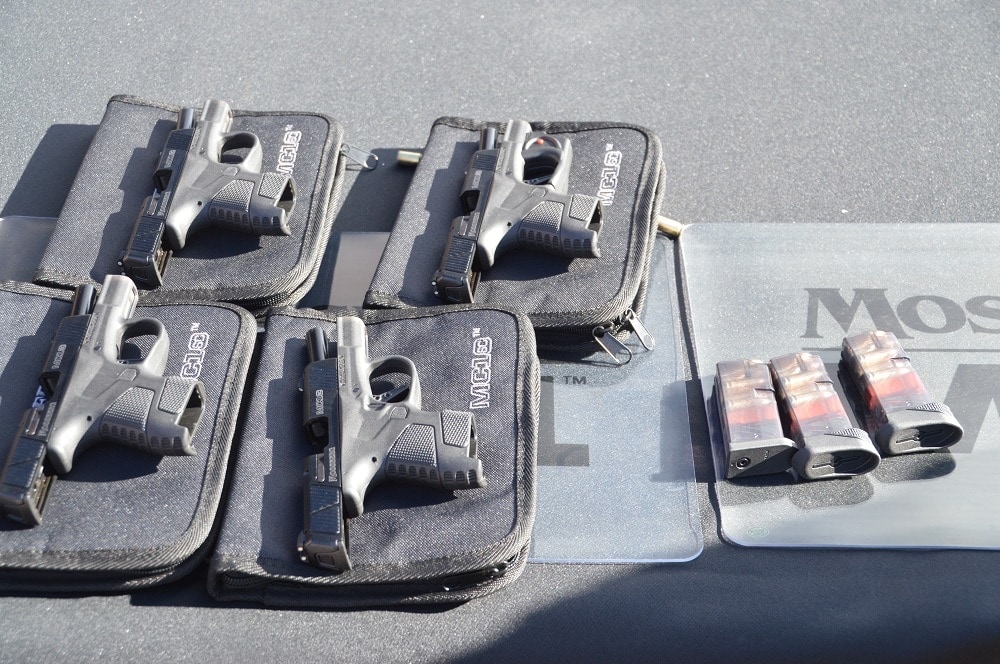 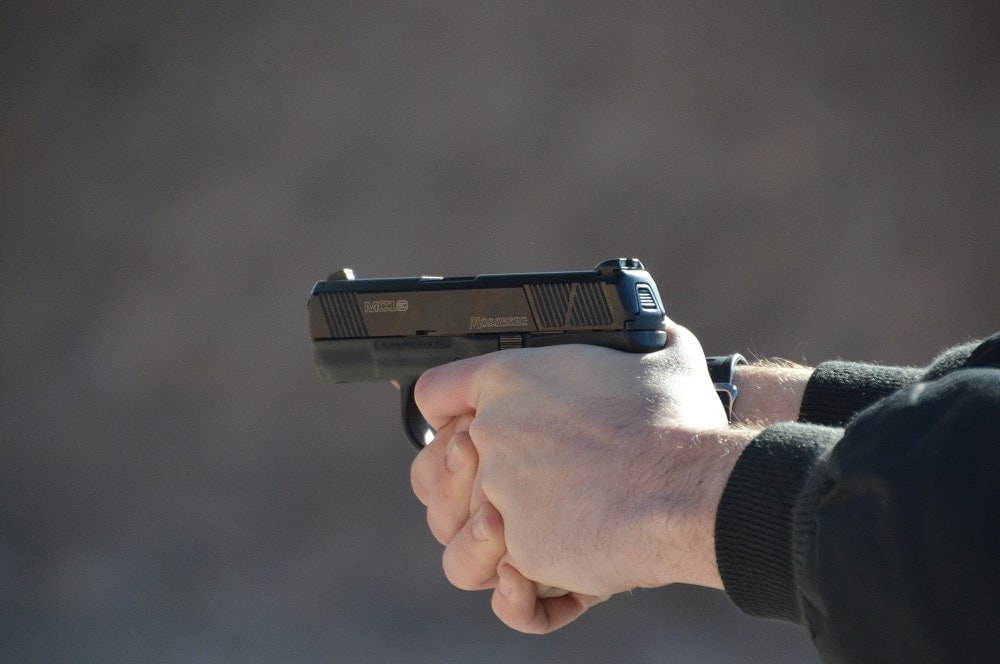 Lines were long to take the new Mossberg for a spin at Industry Day on the Range on Monday. Note the front and rear slide serrations

Glock reps told Guns.com the MC1sc has been a project more than three years in the making, a process that led engineers to include features such as a Safe Takedown System that allows the handgun to be field stripped without pulling its flat-profile trigger. 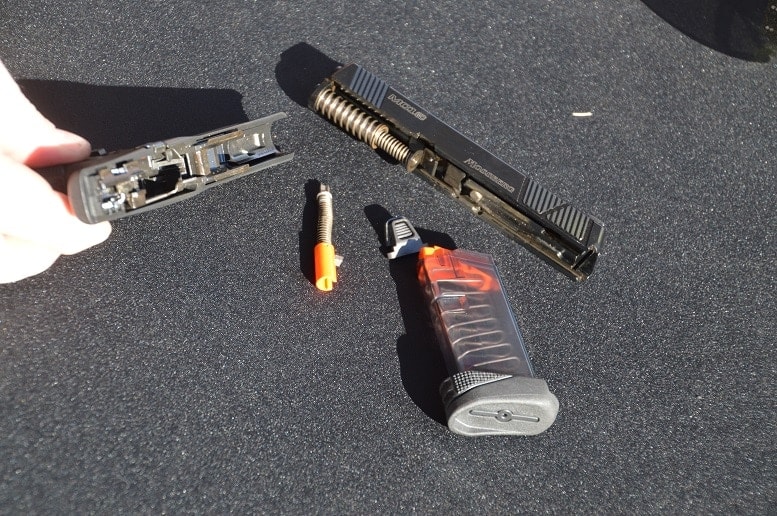 Mossberg’s pistol line has an MSRP between $425 and $526 across four models with various options including a cross-bolt safety, Viridian laser, and Truglo Tritium PRO night sights. 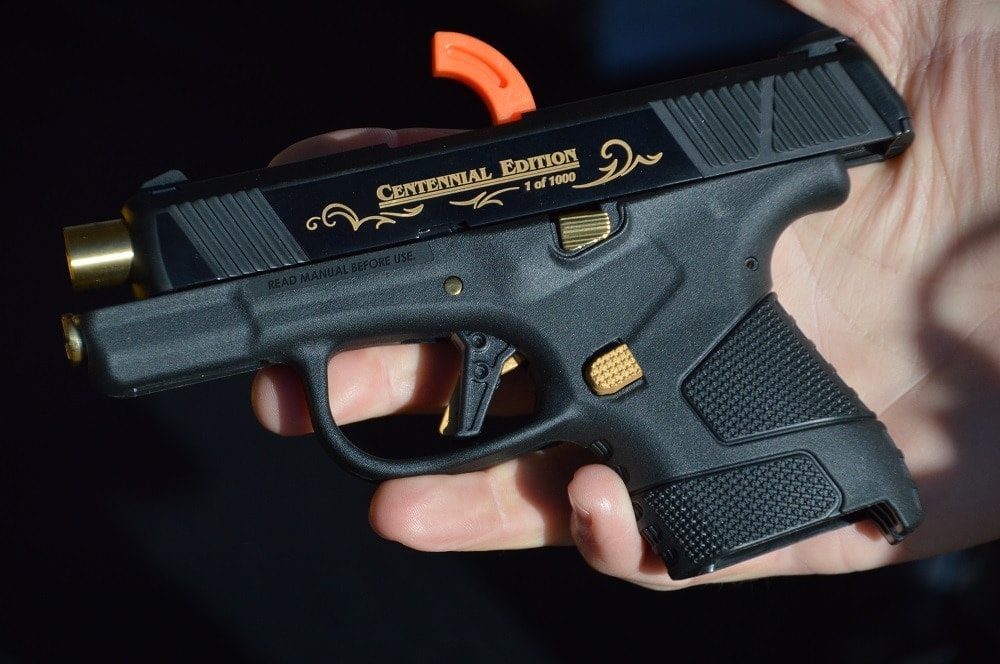 Of note, Mossberg had a vintage Brownie on display at their booth during the show, as an homage to their roots. No longer Mossberg’s only pistol…