With over a decade in the parts and accessories business, Zev Technologies brings an all-new pistol design to market, showcasing its latest O.Z-9 handgun on the SHOT Show floor.

The pistol meshes the control and balance of a 1911 with striker-fire reliability in a package that grants users some modularity, according to Zev. The pistol comes chambered in 9mm and features the company’s patent-pending steel receiver. Boasting extended rails, the steel receiver delivers a solid steel frame running the entire length of the handgun. This design, Zev says, allows the locking block to be fully integrated.

The O.Z-9 brings a single take-down pin to the build, located at the front of the trigger guard which locks the removable grip to the steel receiver. This allows for interchangeable grips and future grip upgrades without the need to completely dismantle the O.Z-9. The pistol also benefits from its ability to accept Glock magazines. 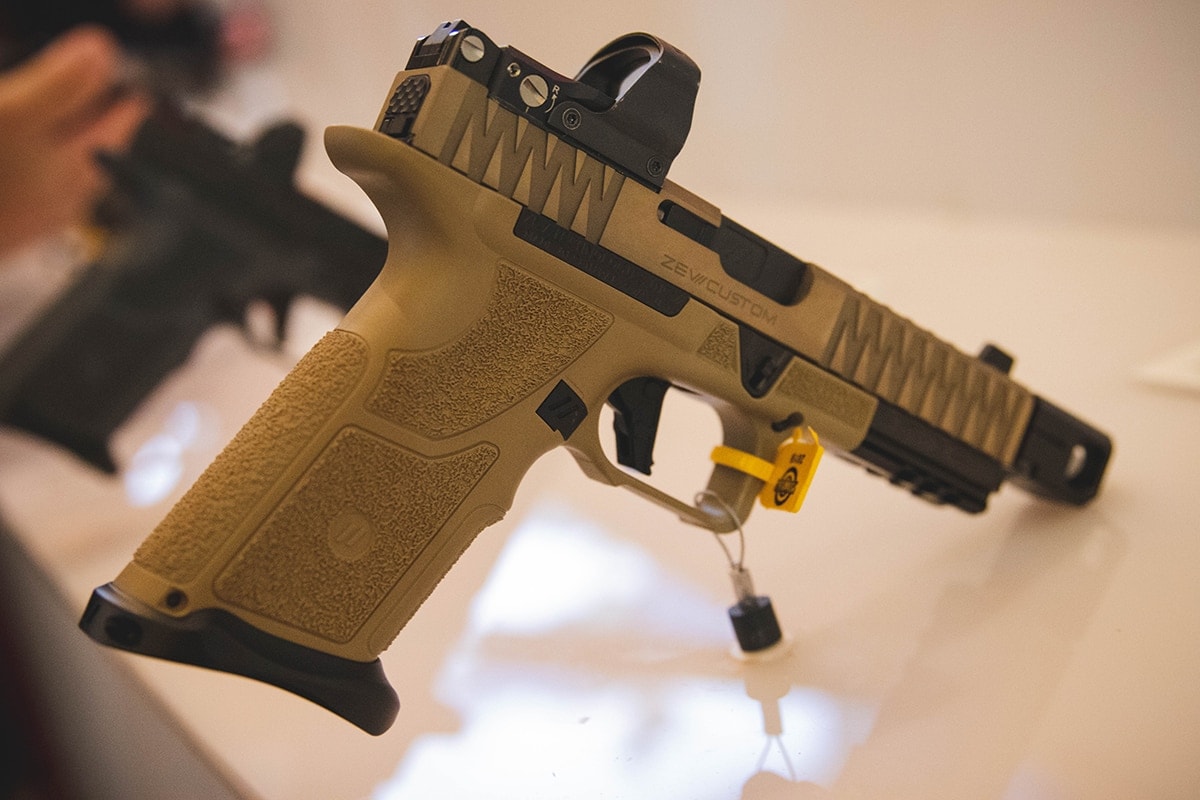 With more than a decade worth of experience in aftermarket Glock parts, Zev said that it put its knowledge to use when designing the O.Z-9.

“This has been in development for a number of years,” a rep for the company told Guns.com. “After doing thousands upon thousands of jobs on Glocks, we know what customers want.” 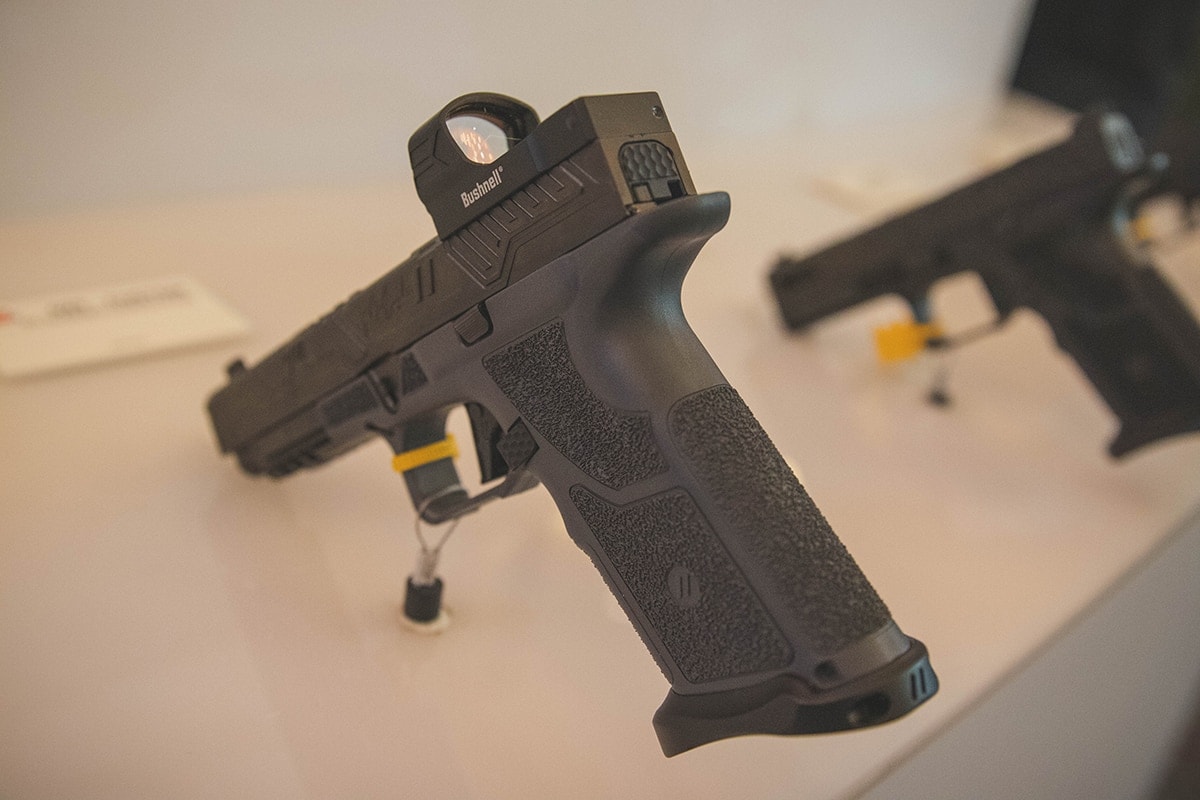 “In the future we’ll have smaller frames, so (Glock) 19 sized. We’ll have frames with finger grooves. Frames without texture,” the rep said.

The O.Z-9 will join the 9mm handgun market with a price point of $1,679 in flat dark earth, gray and black. 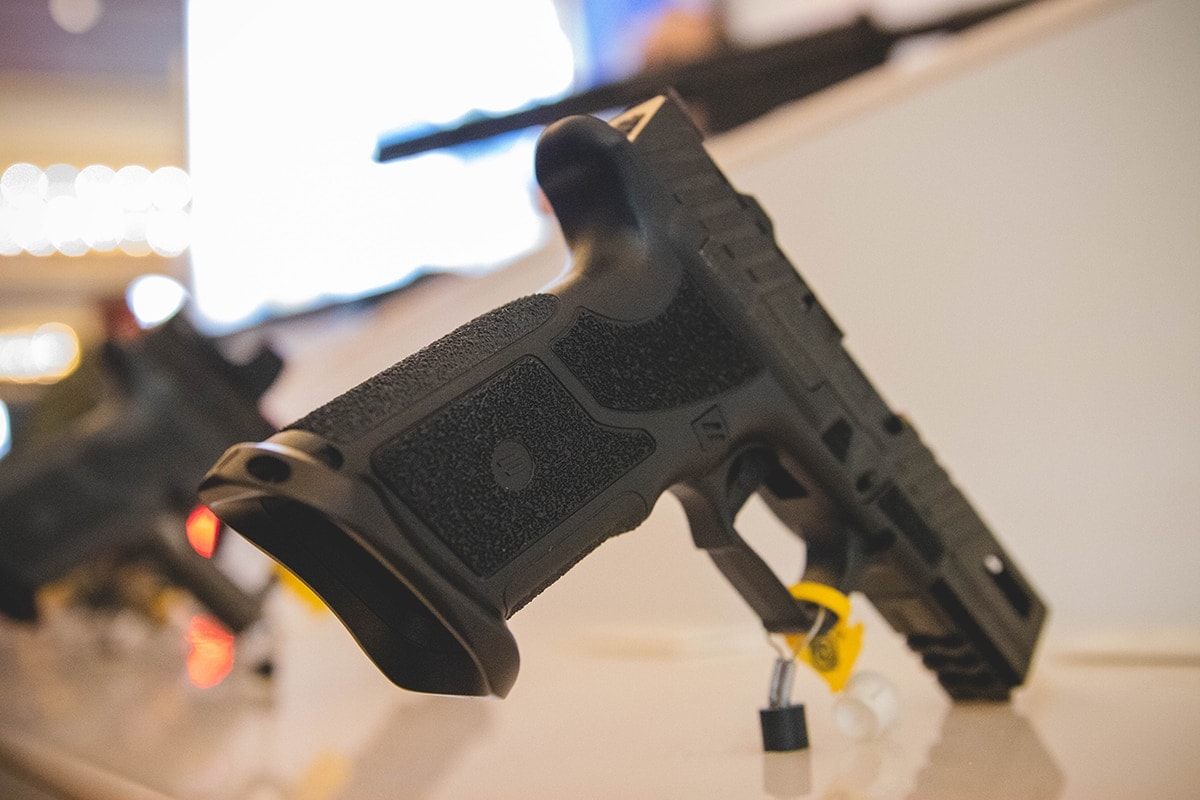