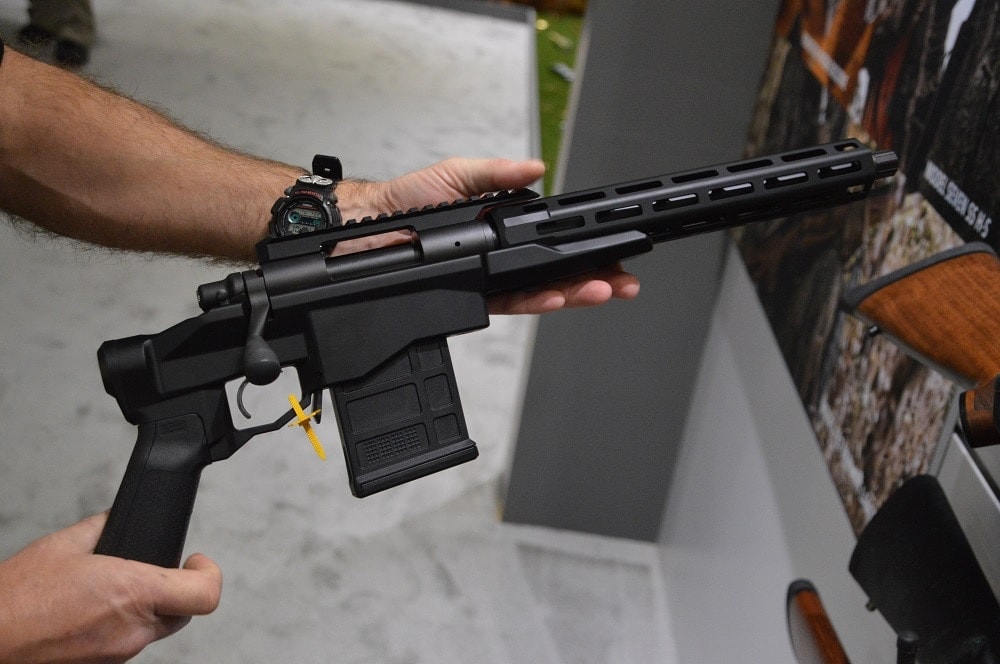 Remington’s M700 CP is a handgun that has the heart of a rifle, a concept that the company has marketed off and on since the 1960s (Photos: Chris Eger/Guns.com)

Using a short-action Remington 700 system, the CP is billed as an accurate and compact handgun for long-range shooting and hunting applications. 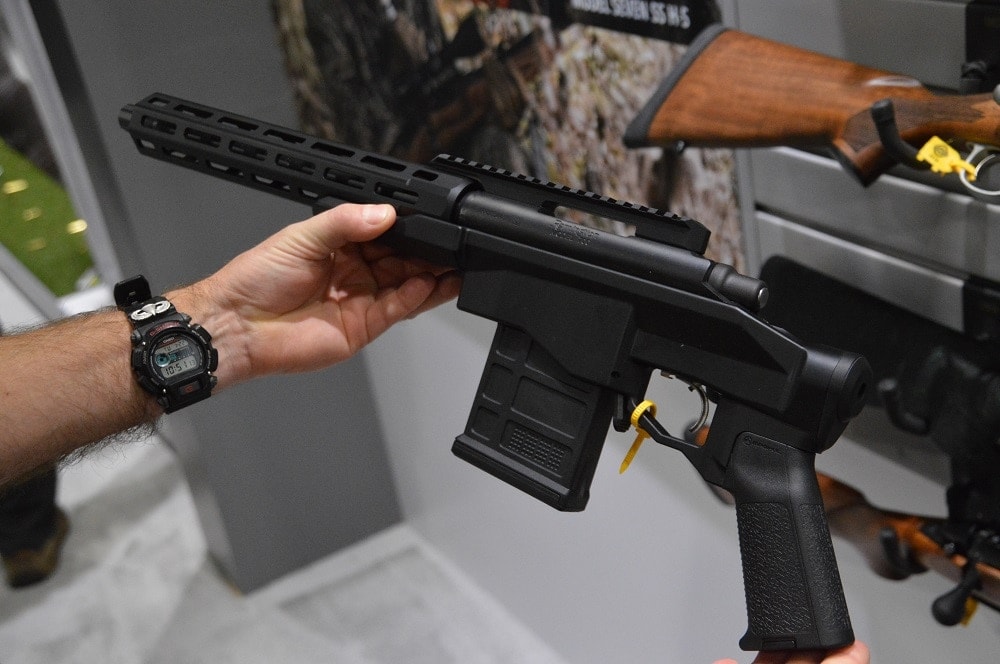 The CP comes standard with an M-LOK handguard, threaded muzzle, and a full top Picatinny rail for optics and/or back-up irons. Using a Magpul MIAD pistol grip and Remington’s X-Mark adjustable (3.5 to 5.5-pound) trigger system, the mag well accepts 10-round Accuracy International AICS-spec magazine system detachables. Due to its size, the handgun is a Form 1 away from being a fire-breathing SBR when equipped with a stock.

There is a rear single-point quick-detach sling point, useful as the pistol weighs around 6-pounds without optics. Finish is hard coat anodized and black Cerakote while an example with a blue tactical camo pattern was on hand for the show. 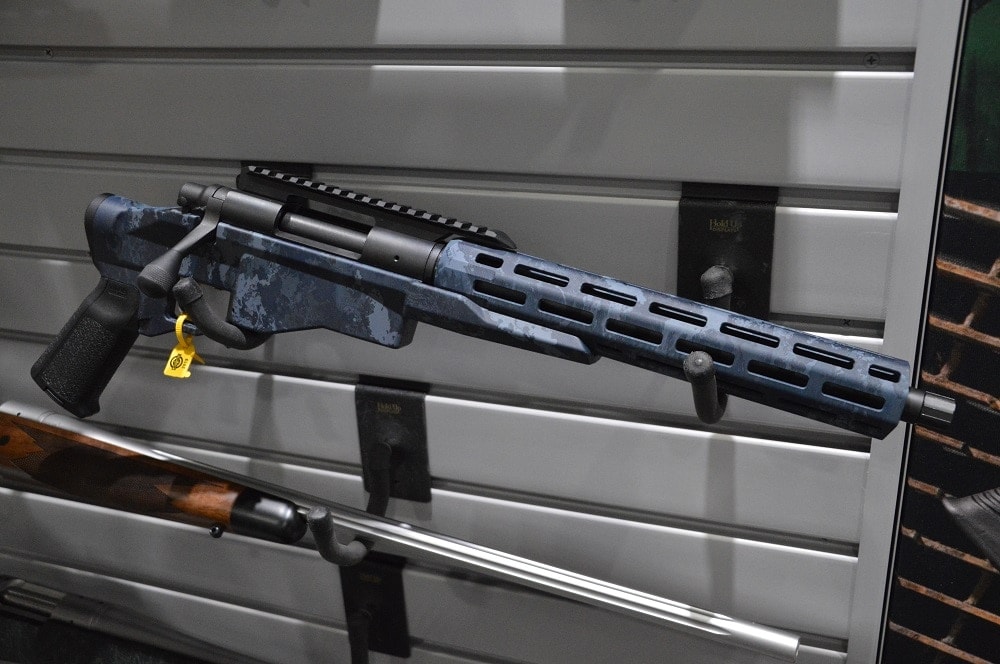 MSRP on the 700 CP is $1,020. Remington has long been a leader in the rifle-caliber bolt-action handguns, dating back to the XP100 in the 1960s. Big Green had their current Custom Shop Remington 40XP pistol offerings in .300AAC on display at SHOT alongside the 700 CP in a nod to the lineage.