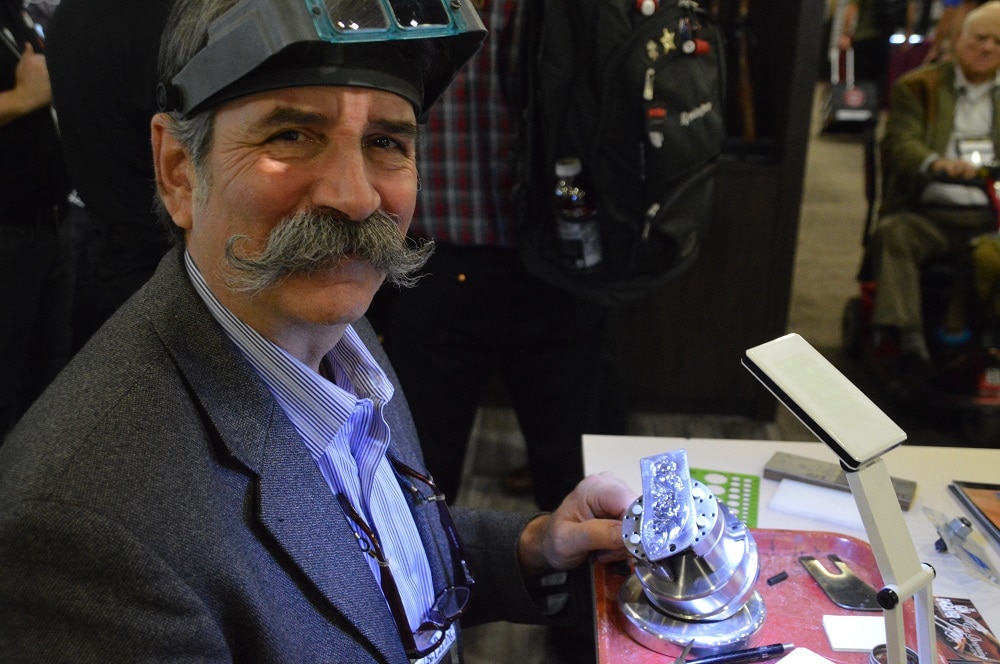 Springfield, Missouri’s Jim Downing had pulled up a workbench at the 41st SHOT Show this month and Guns.com dropped in to talk to him as he plied his trade.

Sporting a bushy handlebar mustache, Downing, who started engraving with scrimshaw work in 1979, is now celebrating his 40th year in practicing his art, he explained while he meticulously worked on the side plate of a lever-action cowboy gun by hand, deliberately and carefully imparting meaning to a plate of white metal. 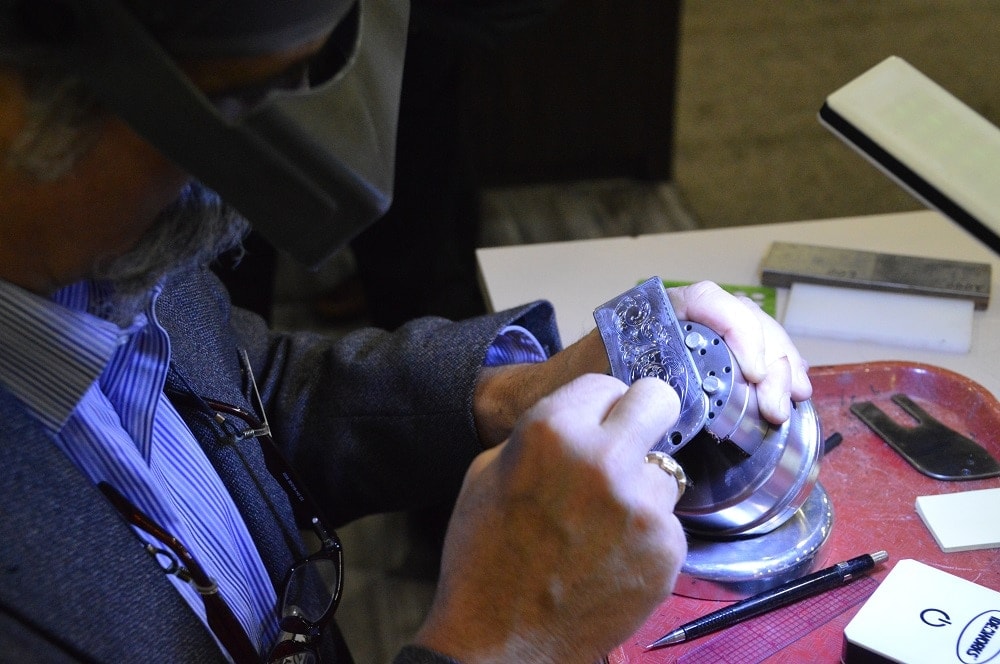 It is a dying art dating back to the time when guns were crafted by hand, one at a time.

When asked about laser engraving, Downing said the newer practice “has no soul,” and, while it is push-of-a-button convenient, “doesn’t produce an item that has artistic value.” 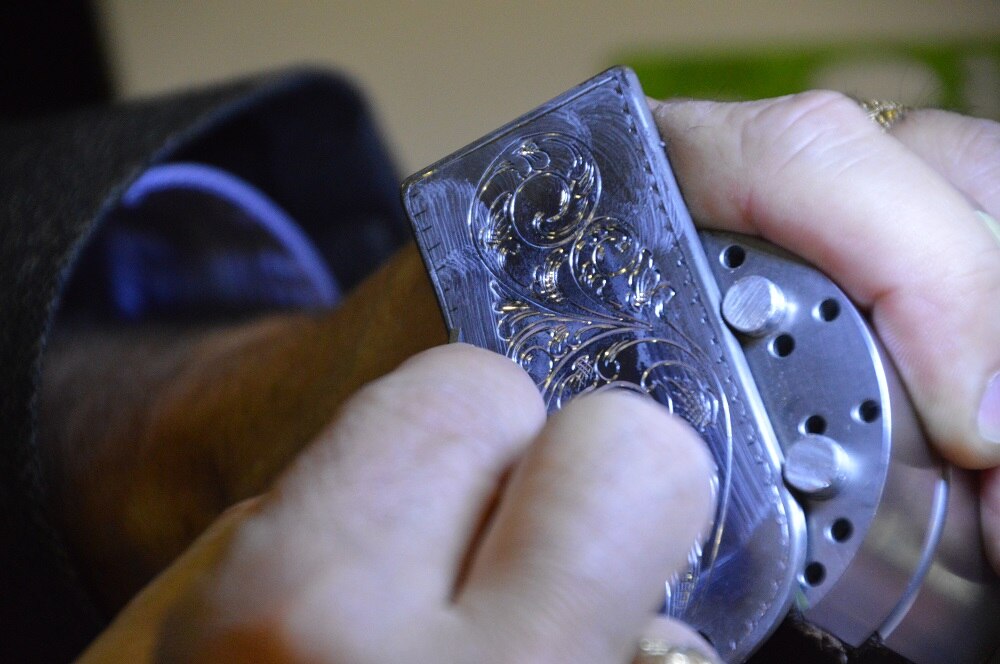 To borrow a line from Keats, “A thing of beauty is a joy forever: Its loveliness increases; it will never Pass into nothingness;” (Photo: Chris Eger/Guns.com)

While Downing works with all types of guns and knives, he specializes in Old Western guns such as lever-action Winchester types and Colt SAA’s as well as 1911s. 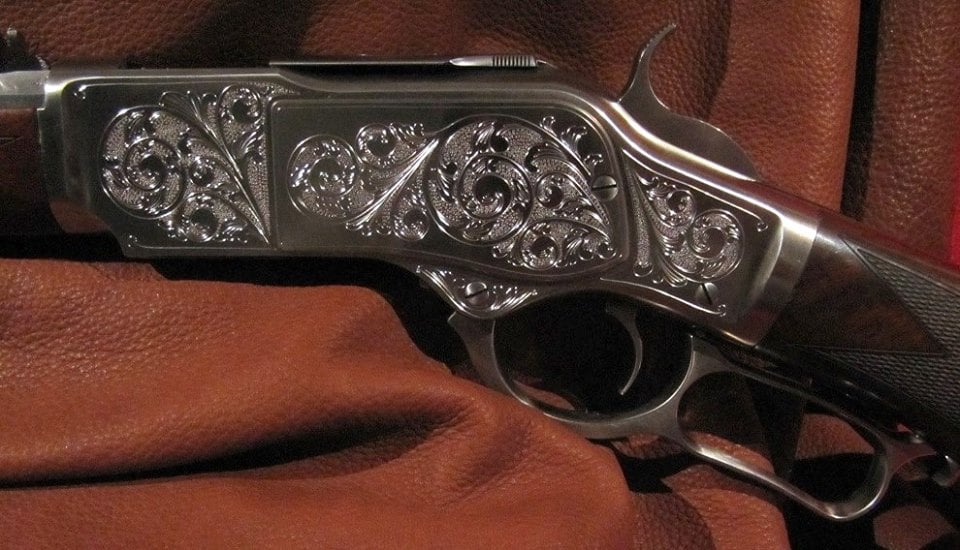 Downing specialty is cowboy guns, such as this 1873 (Photo: Jim Downing/thegunengraver.com) 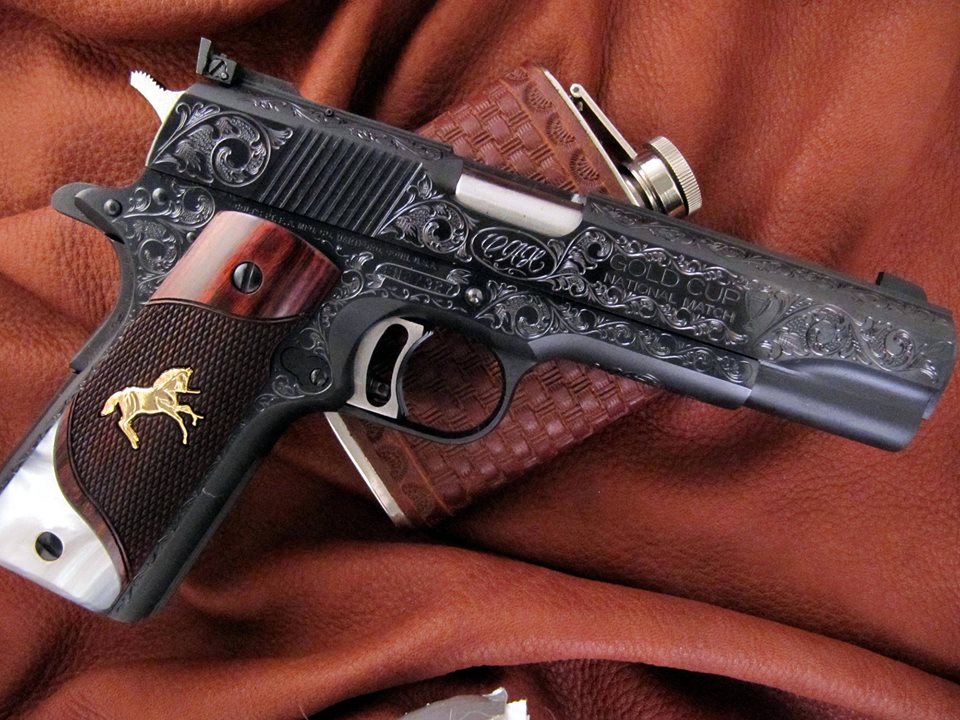 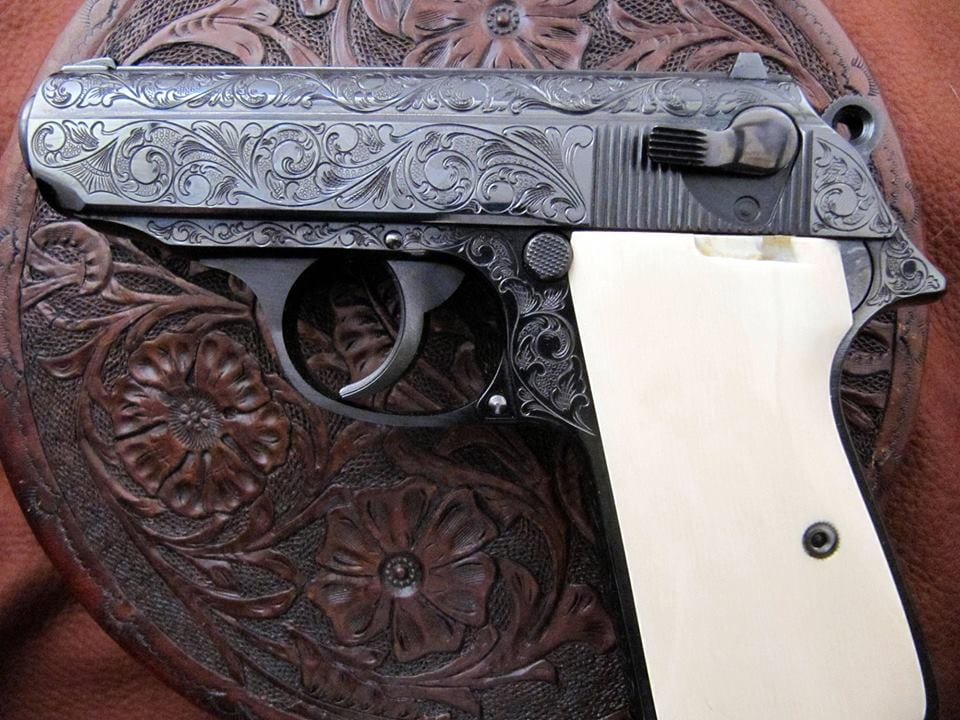 Downing removed the lettering on this Walther PPK to do a fuller engraving and re-blue (Photo: Jim Downing/thegunengraver.com) 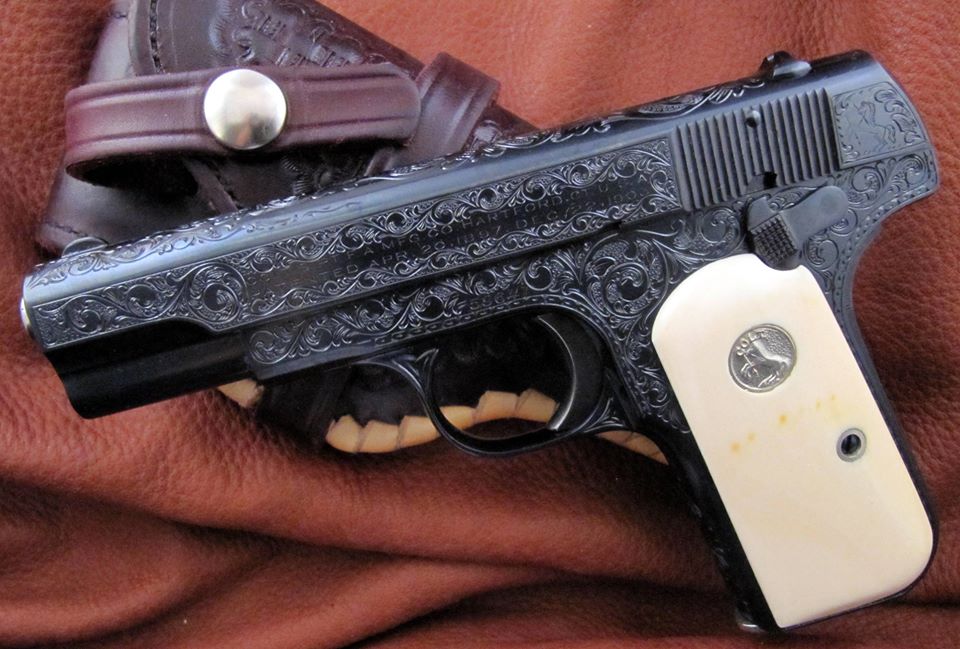 Downing said his price doesn’t change between metal types, but is dependent more on the type of scene and detail, with the typical job ranging from $800 to $1200.

Be sure to follow Downing on social media to see more of his amazing work.