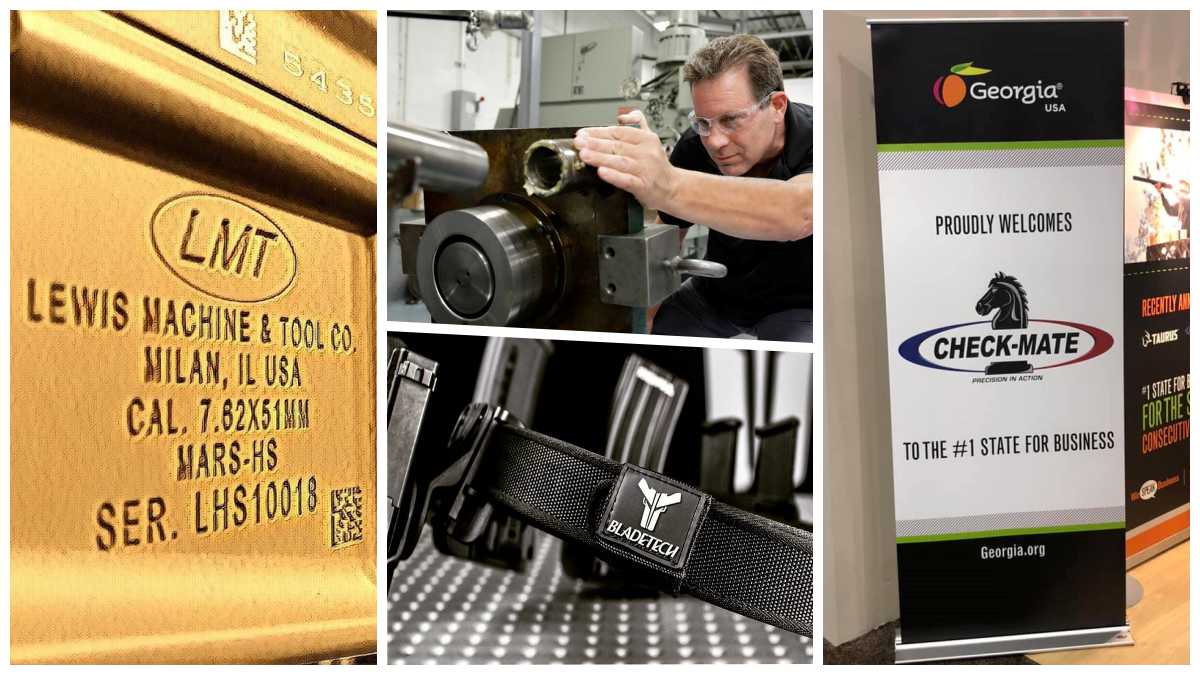 In recent months, a number of household names in the firearm industry have signaled a move to relocate their businesses from areas with strict gun control regimes.

Holster makers, gun and magazine manufacturers as well those who produce related accessories have packed their bags to leave blue states — where firearms and those who produce them are increasingly under political pressure — for more conservative red states where they are embraced with open arms.

A maker of holsters, belts, and accessories, the company moved last fall from Puyallup, Washington to Streetsboro, Ohio reportedly drawn by the quality of the local workforce as well as friendlier gun laws. Blade-Tech CEO Bryce Wegner told local media in the Buckeye State recently that he was “particularly concerned about a Washington law that defined when firearms could be transferred without background checks, as a company that sometimes uses firearms as part of its process.”

Long based in Babylon, New York, Check-Mate produces a wide range of products including both surgical tools and well-received firearms magazines. Now, they are shifting a lot of production to a new location in Thomasville, Georgia in a move that will bring a $16 million investment and create 230 jobs in the Peachtree State.

The National Shooting Sports Foundation, the trade group for the gun industry, drew a correlation between New York’s strict gun laws and Georgia’s, the latter a state where pro-gun bills have been the norm for years.

“Georgia’s new Governor, Brian Kemp, may want to send New York Gov. Andrew Cuomo a thank you note and a bushel basket of peaches,” said Larry Keane, NSSF’s senior vice president, and general counsel. Keane points out that another New York-based company, Kahr Arms, made a similar move in 2014, shifting the bulk of their operations to Pennsylvania.

After 40 years in The Land of Lincoln, LMT last month broke ground on a new manufacturing plant and headquarters in Eldridge, Iowa — just 25 miles South of their home in Milan, Illinois.

LMT president Karl Lewis told local media the atmosphere was more welcoming in the gun-friendly Hawkeye State, with a succession of Iowa governors assisting in laying the groundwork for the move. “For us, Iowa has a better climate,” he said.

The well-known holster maker with California roots made public last December that they are switching production to Florida. While gun politics were not mentioned, Safariland would not be the first gun company to ditch sunny California — home to some of the most restrictive firearm laws in the country — for more appealing climes.

In early 2018, premium rifle and shotgun maker Weatherby announced a planned move of its corporate headquarters and manufacturing center from Paso Robles, California to Sheridan, Wyoming, citing the more gun-friendly attitude in that region as key to the decision.

In other news, Massachusetts-based American Outdoor Brands, the parent company of Smith & Wesson and others, this week told investors they are close to opening a $55 million distribution center that is expected to bring as many as 328 new jobs– to Missouri.