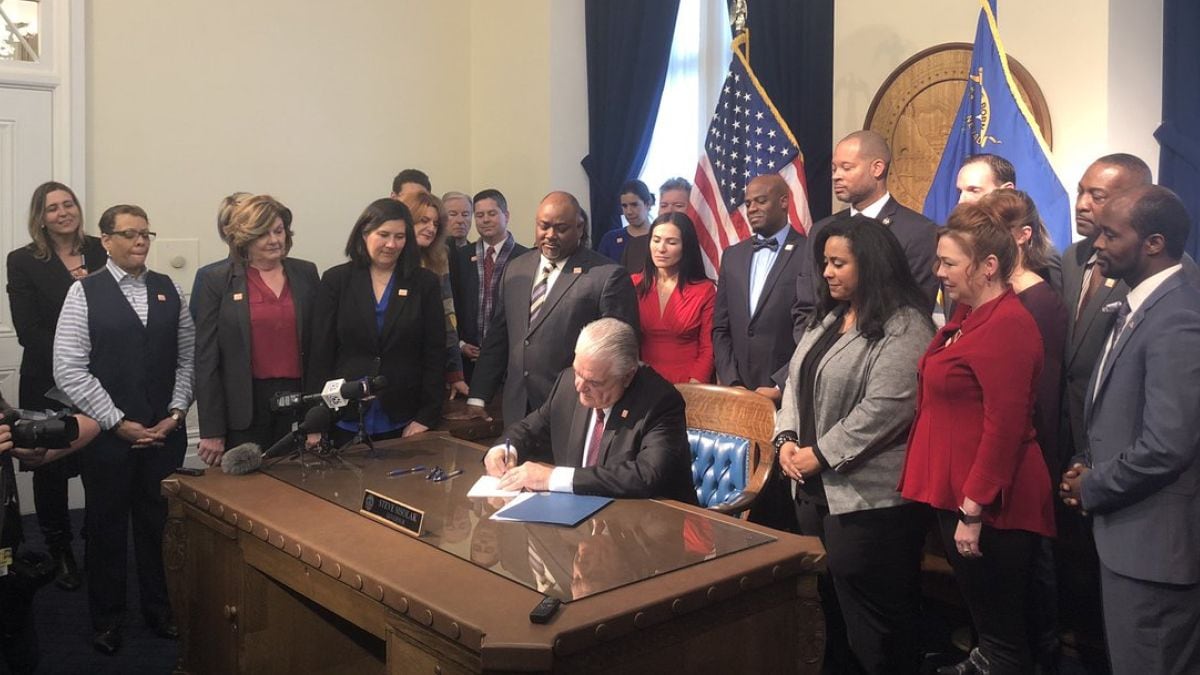 The week-old measure, SB 143, was approved by the Democrat-controlled Senate 13-8 on Wednesday and the Assembly 28-13 on Friday, after which Sisolak applied his signature. The move was loudly opposed by gun rights advocates and Republicans in the legislature.

The law mandates that most firearms transfers in the state take place only after a background check is performed. Narrow exceptions exist for sales or transfers between immediate family members, for some types of temporary loans, and for law enforcement. Violators could be charged with a gross misdemeanor on the first offense, and a class C felony under subsequent offenses, the latter punishable by up to five years in state prison.

Gun rights groups to include the National Rifle Association, warned legislators that the proposal lacked clear definitions and “is a poorly drafted, ineffective and unenforceable piece of legislation that will not deter criminal actors and will have a disproportionate impact on law-abiding citizens.”

In 2016, Question 1, a $20 million voter initiative supported in large part by gun control advocates associated with former New York Mayor Michael Bloomberg, sought much the same sort of universal background check. In the end, Question 1 failed in 16 of the state’s 17 counties with only Nevadans in Clark County approving the measure, which was enough to pass it statewide by 10,000 votes. Republican state Attorney General Adam Laxalt subsequently said the law was unenforceable due to how Nevada processed background checks, a stance supported by the courts.

Laxalt, who stood for election for governor against Sisolak last year but failed, is now out of office and current Nevada Attorney General Aaron D. Ford, a Democrat whose campaign was assisted by Bloomberg organizations, has vowed to support its enaction in 2020.

AG Ford stated “This bill is dedicated to the many Nevadans who have lost a friend, family member or coworker to preventable acts of violence.” pic.twitter.com/lJvueNPwmj