As any gardener will tell you, when you want to save a bumper crop for a rainy day, can some of the best of the harvest and put it away for later — and Uncle Sam took that advice.

In the years immediately after World War II, the U.S. military constricted in size from 12 million uniformed men and women in 1945 to just 1.5 million by 1947. This left a lot of relatively brand new hardware on the surplus list and, while Washington gave shiploads of gear to overseas allies looking to rebuild their own forces for the looming Cold War, there were still stateside warehouses stacked to the ceiling with everything from bullets to blankets.

In a move to test out ways to preserve small arms for future generations, Springfield Armory spent much of the late 1940s working on long-term storage containers which essentially canned racks full of guns, ready to use. This included packing 10 M1 Garands complete with their required accessories, into sealed air-tight metal canisters alongside bags of desiccant. 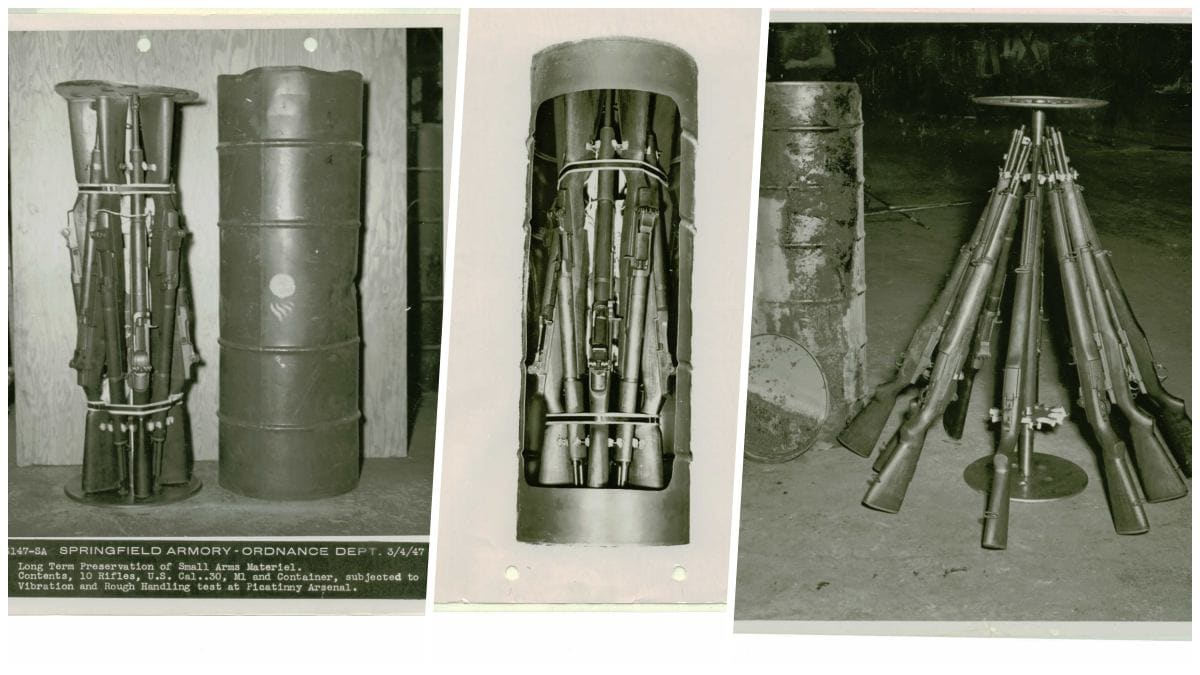 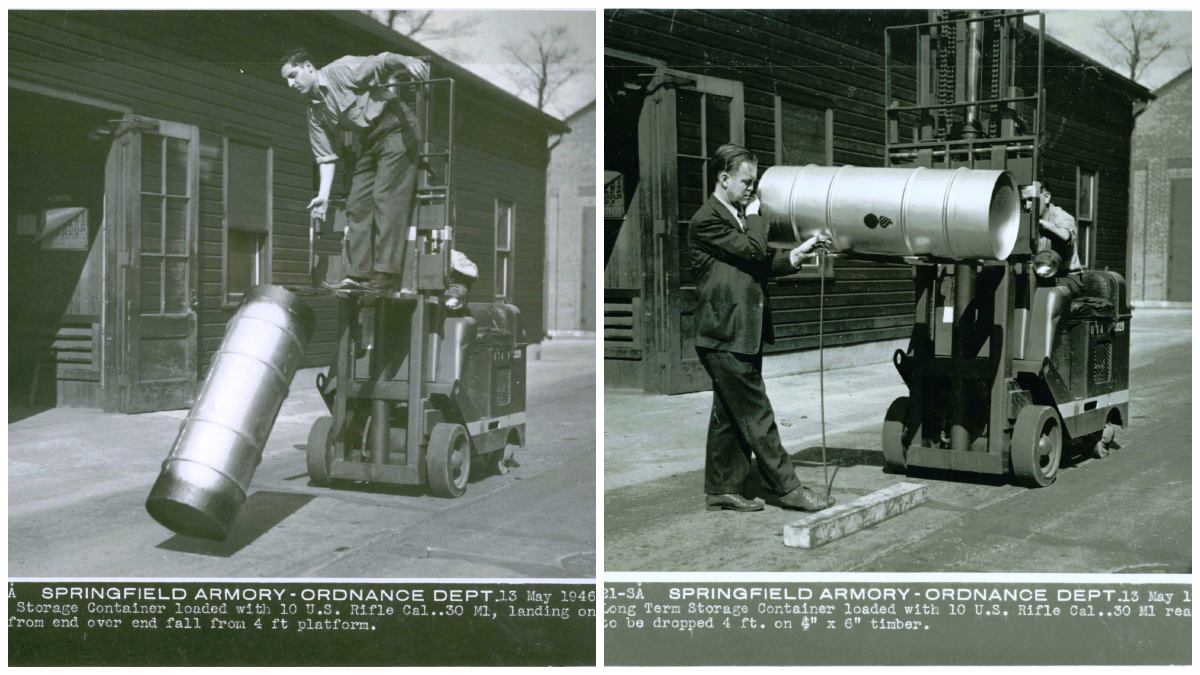 The loaded cans were tested by dropping them, end over end, onto a concrete road, and lengthways onto iron rods and 4×6″ timbers. 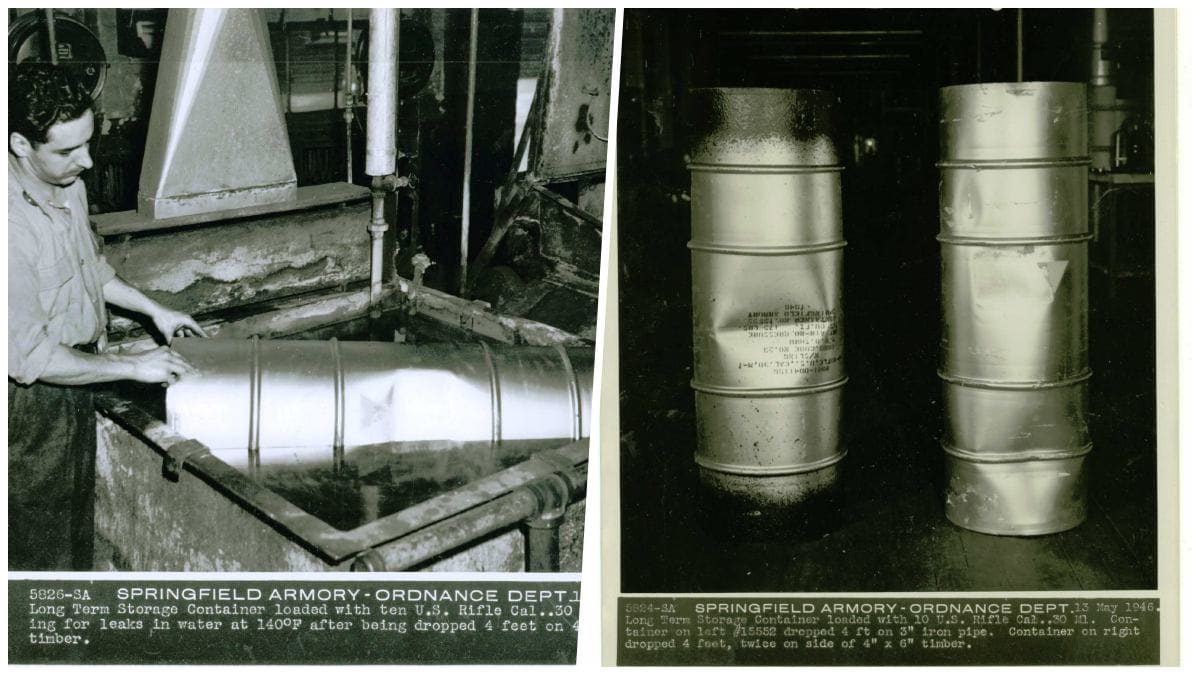 They were then submerged in 140-degree water and monitored for relative humidity build-up through sensors threaded into the sealed can. 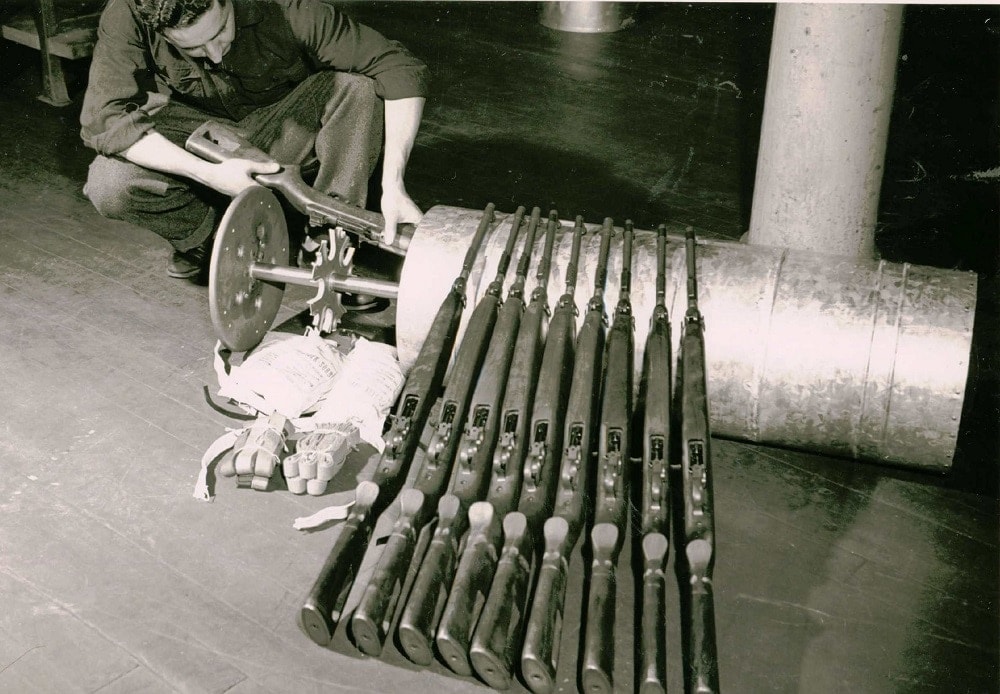 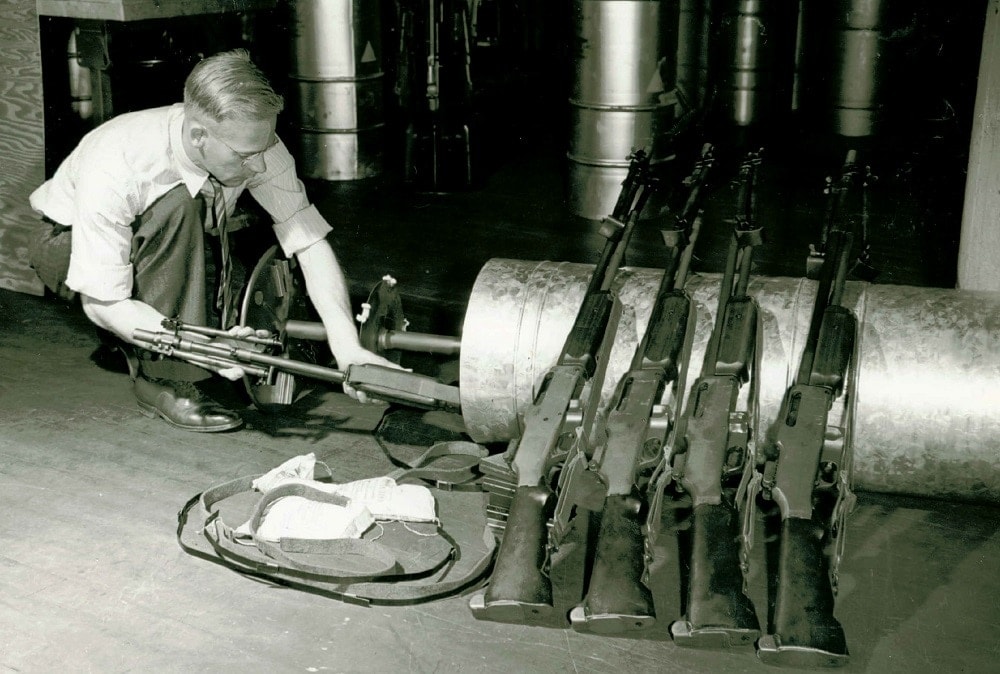 Or five M1918A2 BARs, complete with bipods and magazines. 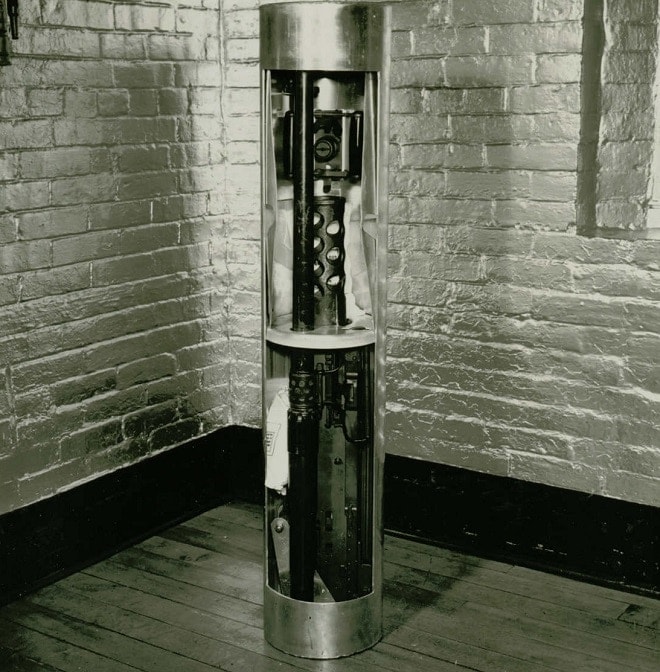 They could also accommodate a single .50-caliber M2, some assembly required.

While, interestingly, the nature of the canning process allowed the guns to be stored cosmoline-free, the containers were susceptible to damage. 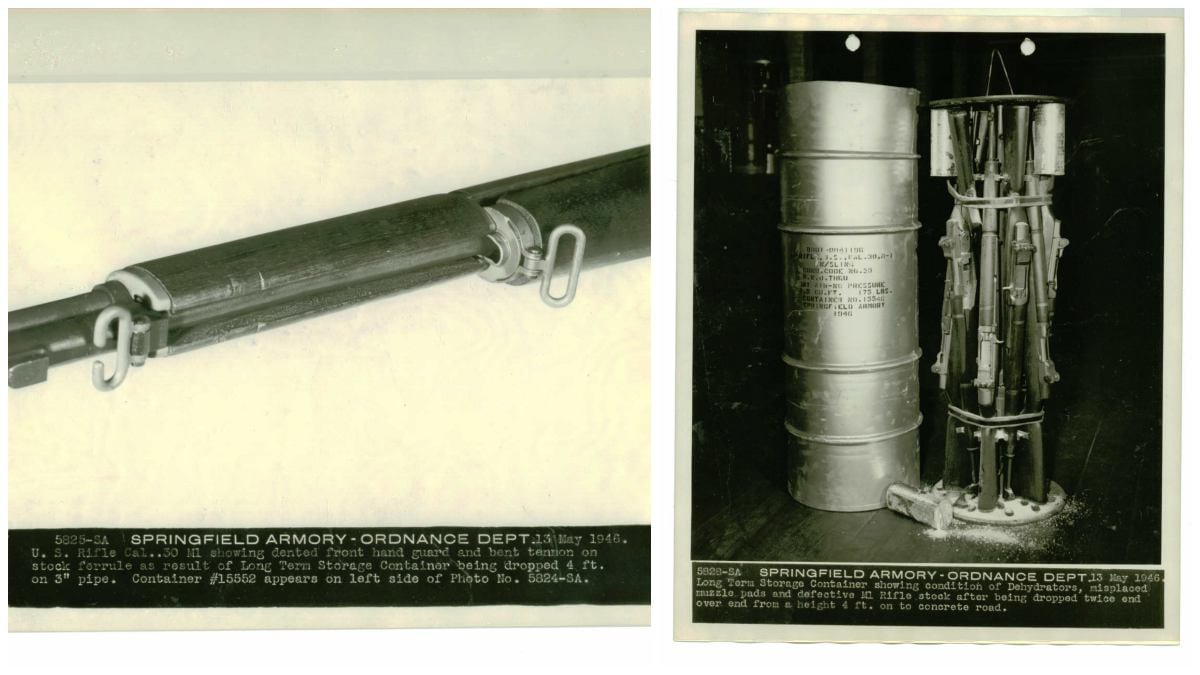 Here we see the inside of a can-o-Garand that was dropped twice, resulting in spilled desiccant and a damaged rifle.

Still, at least you can dream of coming across an old warehouse somewhere with a bunch of giant dusty old cans, each with an Army Ordnance Dept bomb and some worn stenciling.

Just look for a big can opener.