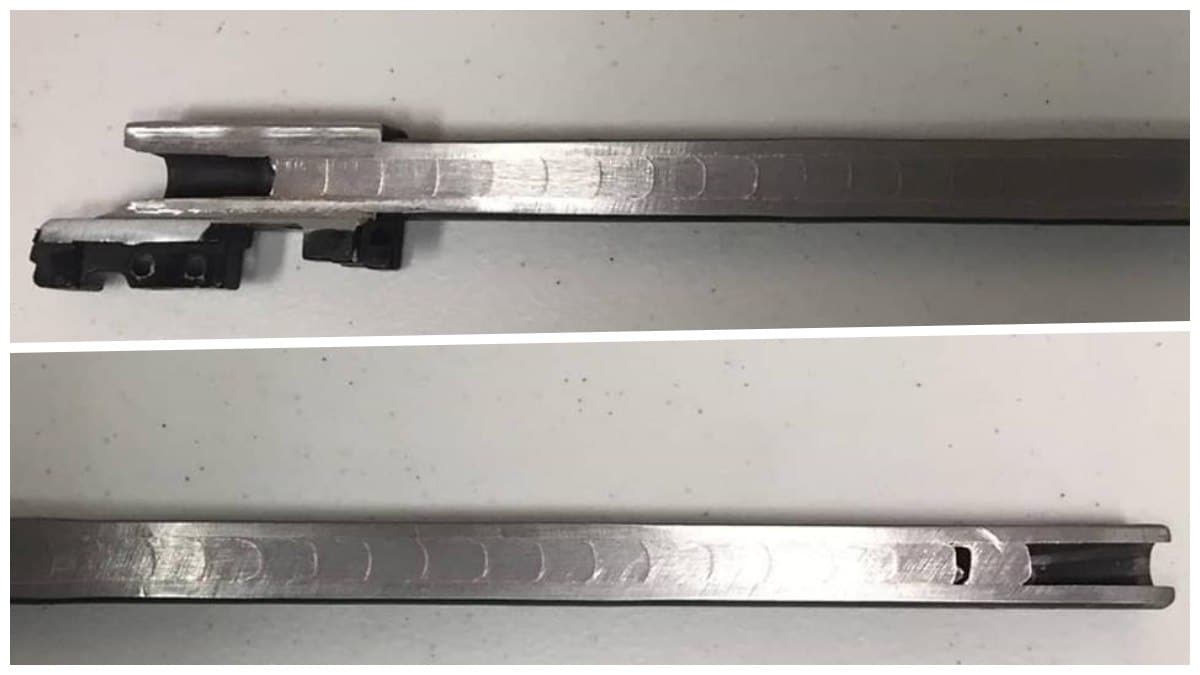 Ordinarily, most shooters stop after a squib load. This is not one of those stories. (Photo: Hi-Point)

Ohio-based Hi-Point Firearms this week posted a couple of snapshots of a 995TS carbine crammed with a whopping 35 rounds of 9mm slugs.

“When he called stating he was having accuracy issues he had no idea the rounds had not left the barrel,” said the company on social media. “After receiving his carbine in we discovered the issue, re-barreled his 995TS and sent it back to him. How’s that for customer service?”

The dreaded squib load, where a bullet does not leave the barrel and typically prevents follow-on rounds from exiting, is one of the most dangerous malfunctions a shooter can experience. They often lead to dramatic and unsafe “ka-boom” situations that can result in injury and permanent damage to both life and property.

The post by Hi-Point, a company that catches a lot of shade in the gun community but backs up their products with a famous lifetime warranty, garnered almost 500 comments.

“Dude needs to buy a lotto ticket and probably go to church to say thanks,” said one. “How did he not notice it was 8050 grains or so heavier…” observed another.

And probably the best observation: “Say all you want, but you can’t knock that grouping.”

*This post was updated from the original, which stated the barrel was from a .45ACP 4595TS Carbine, after Hi-Point stealth updated their original post from that to a 9mm 995TS Carbine.*