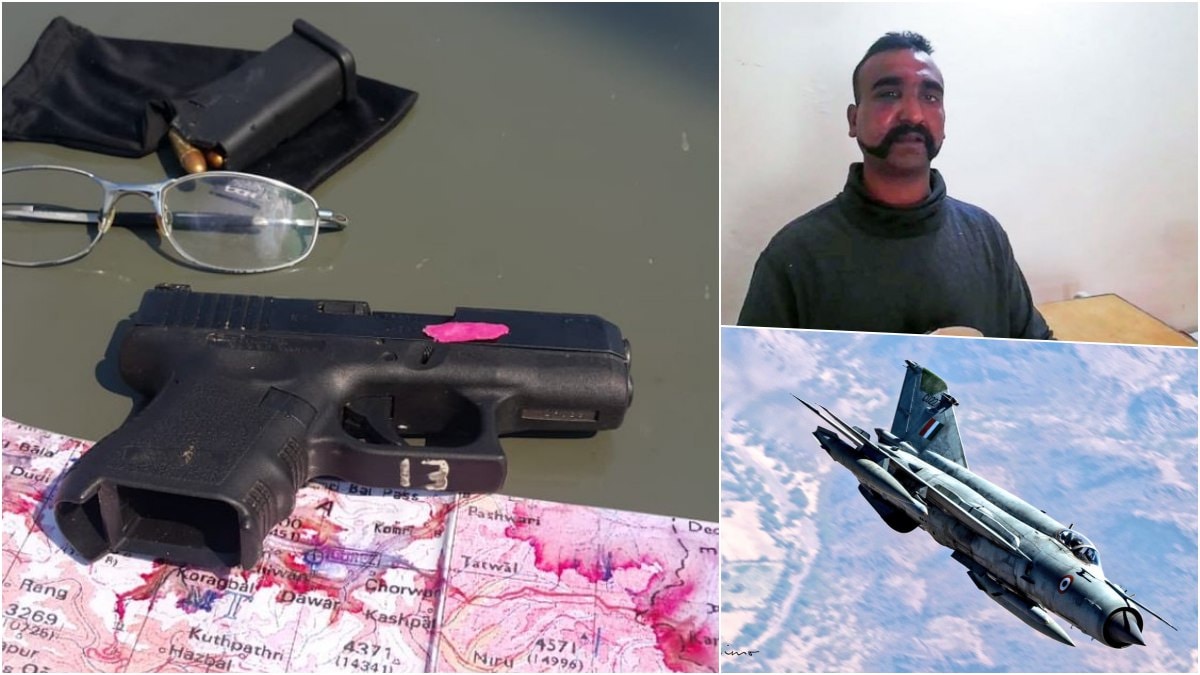 The lucky survivor of one of the few 21st Century dog fights apparently had a baby Glock as a bailout gun. Images released by the Pakistani Army last week of the equipment recovered from a captured Indian Air Force pilot included a map of the border region, a faded survival manual, and what looks to be a scuffed but intact 3rd Generation Glock 26 9mm. The subcompact pistol sports a “13” rack number on the trigger guard, which would point to the weapon as issued and not a personal weapon.

The gun purports to come from IAF Wing Commander Abhinandan Varthaman, a MiG-21 Bison pilot who came up on the short end of a mismatched air battle with an AMRAAM-equipped PAF F-16 and lived to tell the tale.

A battered and bloody Varthaman, shown rescued from agitated locals by Pakistani Army troops in images flashed around the world, became the stuff of legend in India for his repeated insistence when questioned on camera to only provide his name, rank and serial number, responding politely to other questions only with “I’m sorry, I am not supposed to tell you this.”

Repatriated to India after a tense three days during which he reportedly endured sleep deprivation and interrogation to include “a kind of dry waterboarding,” the 35-year-old pilot did not sustain any spinal injuries during his ejection and has been found to be free of tracking devices — which was the subject of much concern in the Indian press. In the meantime, Varthman’s “gunslinger” mustache/muttonchop has become popular in the region and his name is a trending hashtag in India.

As for the Glock? It will likely join his uniform– he was sent back home in civilian clothes– on display at some point in the Pakistan Air Force Museum, because finders keepers when it comes to war trophies, right?

IAF officials are crediting the 16-year veteran pilot with a reciprocal “kill” against the Pakistani F-16, a claim that Pakistan denies.