What do you get with two great historical gun channels teaming up with some corporate sponsorship? The beautiful epic that is Project Lightening.

With a dream team that counts Ian McCollum from Forgotten Weapons along with Othais and Mae from C&Rsenal on the varsity squad and a full-bodied roster of help to include Brownells, the field is ready for a series of videos that deliver truly great content.

While machine guns, going back to Sir Hiram Stevens Maxim, dated back to the 1880s, they were big and bulky, weighing over 60-pounds when their mounts and water jackets were included. 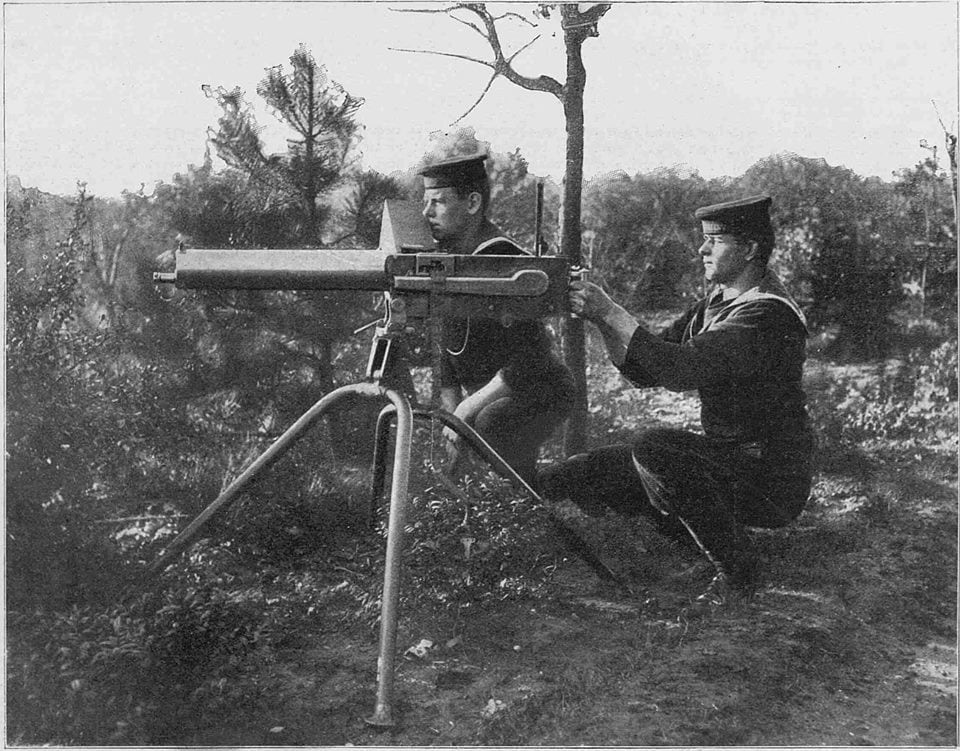 (Not a light machine gun)

World War I ushered in an era of lightened (get it) guns to provide more mobility and volume of fire on the move. The thing is, most of these early LMGs are extremely rare and hard to find today, especially in working condition. That’s the beauty of Project Lightening. Somehow, as if by magic, Ian, Mae, and Othais were able to lay hands on seven ultra-rares.

The guns include an M1918 Browning Automatic Rifle, a Lewis Mk I machine gun, a downright wonky top-fed Madsen 1914, two different French Chauchats– a C.S.R.G 1915 and 1918, a Hotchkiss Portative, and a German MG 08/15. The goal was to test them against each other with modern eyes and they pulled that off in spades.

Walking fire– a concept that arose during the Great War:

Field stripping, to see what they look like on the inside and how practical they were (or were not):

Capability to produce an effective volume of fire by ripping through 30 clays at 30 yards in 30 seconds:

And an after-action report from Mark, the gunsmith that kept these antiques working– going so far as to manufacture replacement parts in-house.

In all, it’s over six hours of a World War I experience with 100-year-old hardware that you never get to see in such a format. Enjoy!