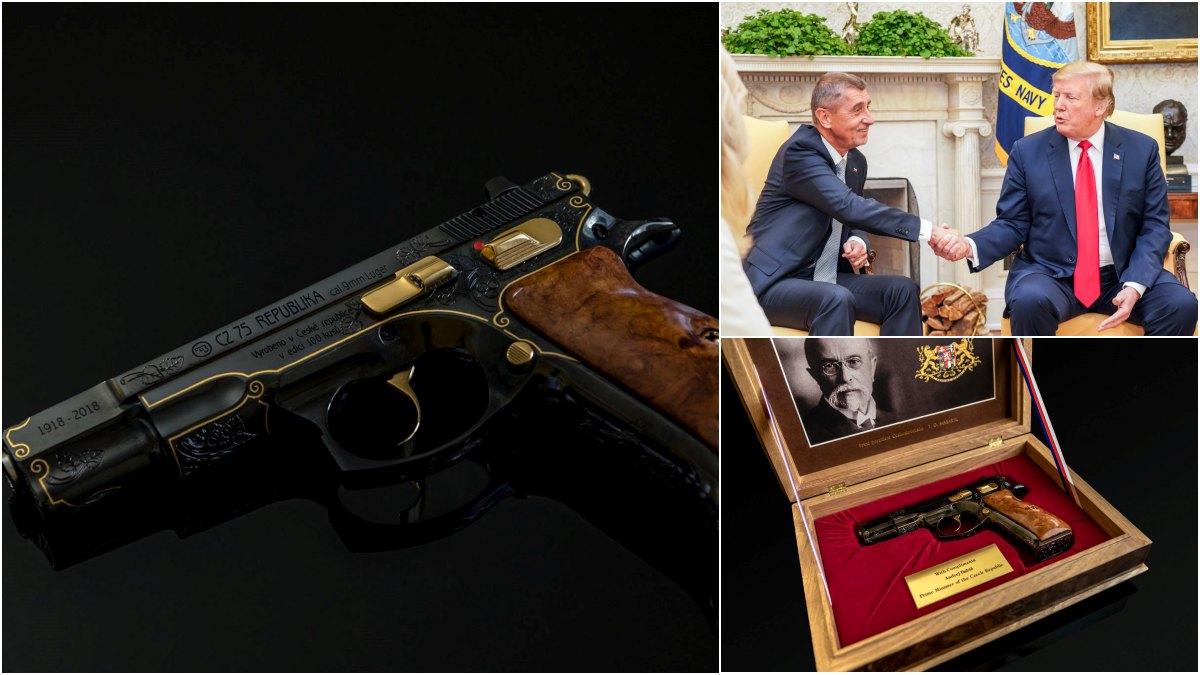 During an official state visit to Washington this month Czech Prime Minister Andrej Babiš presented President Trump with a beautiful specially made CZ 75.

Babis and his wife visited the White House and met with the President for the first time last week where he said he was received warmly. “I highly appreciate our traditionally strong ties with the United States as well as the fact that such an important meeting took place in the year when the Czech Republic celebrates the 20th anniversary of joining NATO and 30 years of our regained freedom and democracy,” noted Babis.

As an official token from the Czech people, Babis brought a CZ 75 Republika model for Trump. 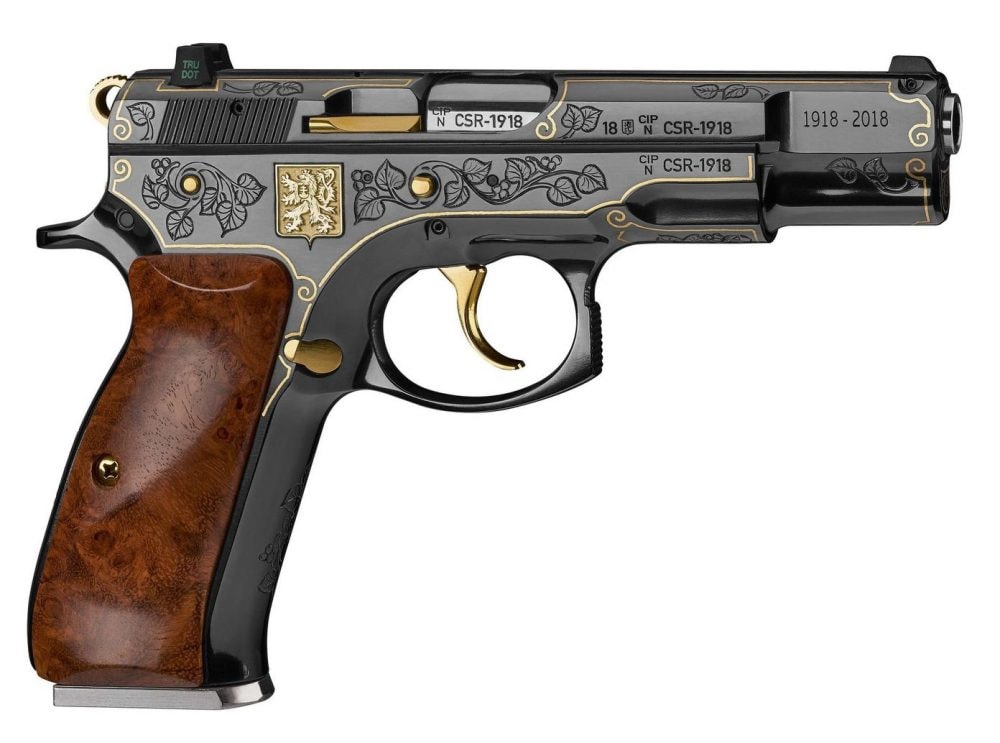 Produced by CZUB to commemorate the 100th anniversary of the founding of Czechoslovakia in 1918, just 100 of the guns were produced. They are serial numbered 1918-2018 (Photo: CZUB)

Each is engraved with traditional Czech symbols such as the national motto “Pravda vítězí,” which means “truth prevails,” as well as a Czech lion coat of arms. The guns come standard with a wooden presentation case with a portrait of the first Czechoslovak president, Tomáš Masaryk. 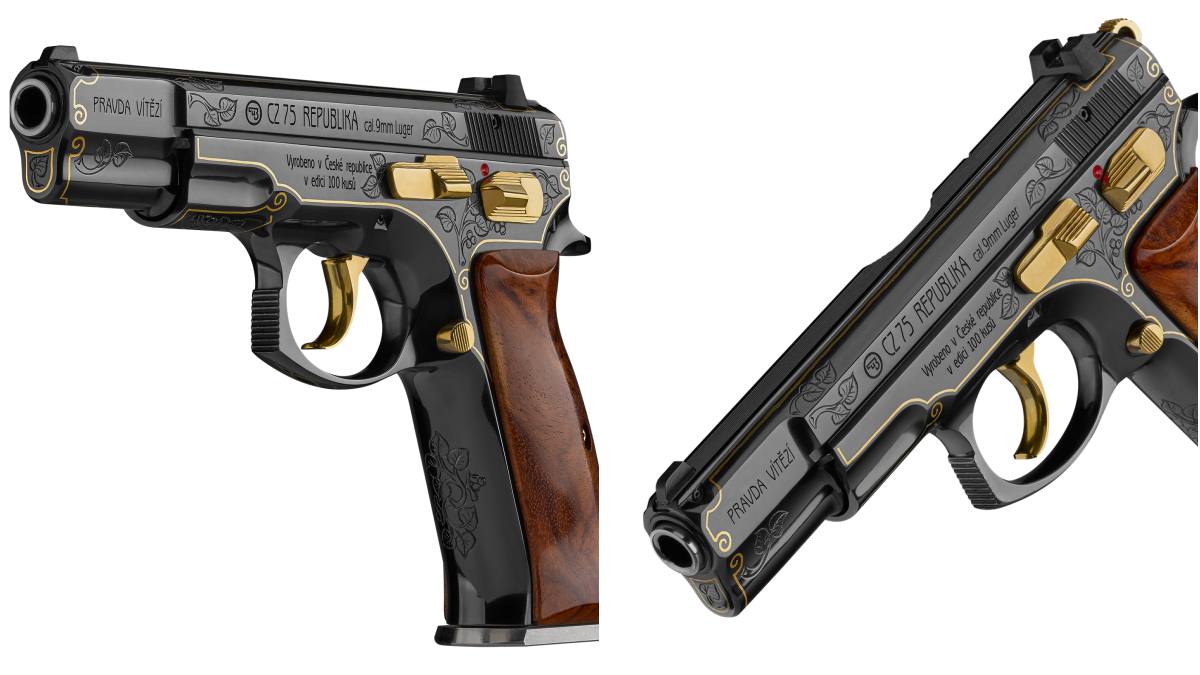 The gun presented to President Trump was serial numbered CSR-1946, in honor of his birth year. (Photo: CZUB)

Babis said on social media that he was proud of the Czech people who invented and produced the iconic 9mm handgun and that the firearm “reminds us that we won our freedom.”

While in Washington, Babis also visited the Library of Congress and the Capitol, laid a wreath at the Pentagon 9/11 memorial on behalf of the Czech Republic and visited the 1937 statute of Masaryk, who had extensive ties to the U.S. and helped convince President Woodrow Wilson to support the country’s independence during World War I.

As for the gun, foreign official gifts to the President over a token value are considered gifts to the people of the United States, and the chief executive would have to pay the treasury to keep it. Gifts not bought by the President from Uncle go to the National Archives and typically find their way to public display such as at Presidental libraries.