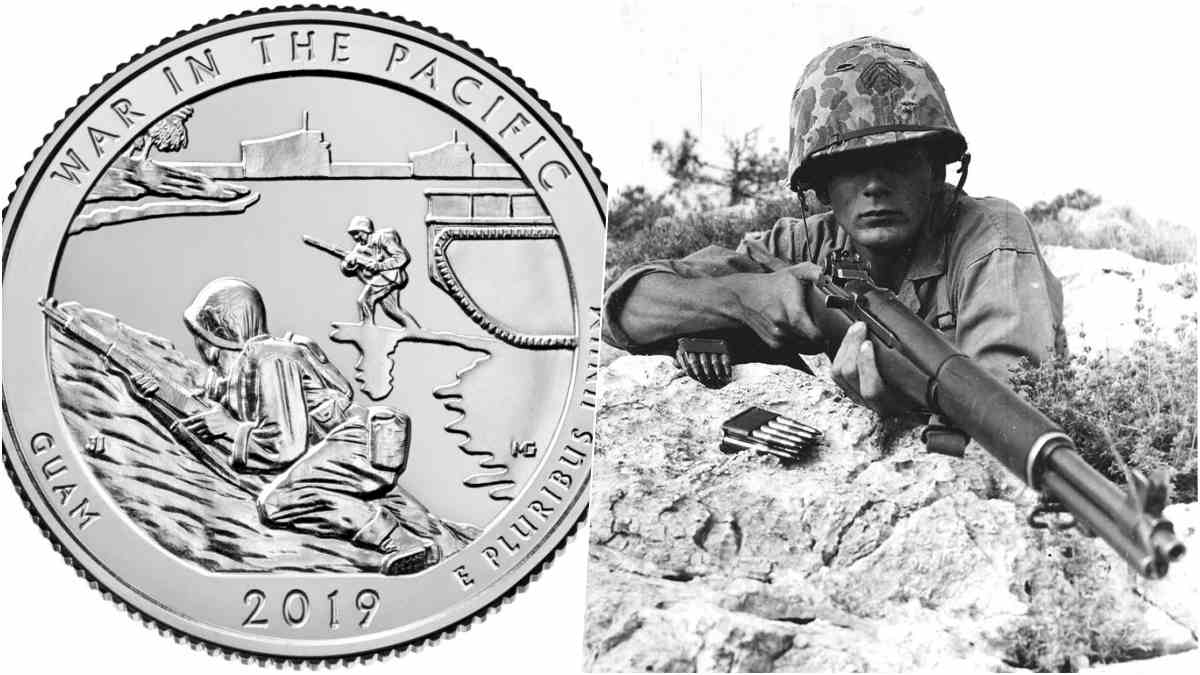 Millions of M1 Garands saw service with the Army and Marines in WWII, and the venerated rifle makes an appearance on an upcoming coin being produced by the U.S. Mint. (Photos: U.S. Mint/National Archives)

An upcoming quarter struck by the U.S. Mint depicts a World War II scene on a far-flung American shore complete with iconic M1 Garand rifles. The coin, the 48th in the Mint’s America the Beautiful Quarters Program, depicts U.S. forces coming ashore at Asan Bay, Guam during the liberation of that territory from Japanese occupation in 1944.

Sculpted by Michael Gaudioso, the design is for the Pacific National Historical Park in Guam and “honors the bravery, courage, and sacrifice of those participating in the campaigns of the Pacific Theater during World War II.”

In the scene on the coin’s reverse side, in the arms of the troops coming ashore from landing vehicles are a number of distinctive M1s. The 30.06-caliber semi-automatic rifle, designed by John Garand, was adopted by the Army in the 1930s and by the Marines just after the start of the War. It was the primary infantry rifle of the military until the M14 replaced it in the 1960s. Nearly 6 million M1s were produced from 1937 to 1957, and they are prized by collectors. 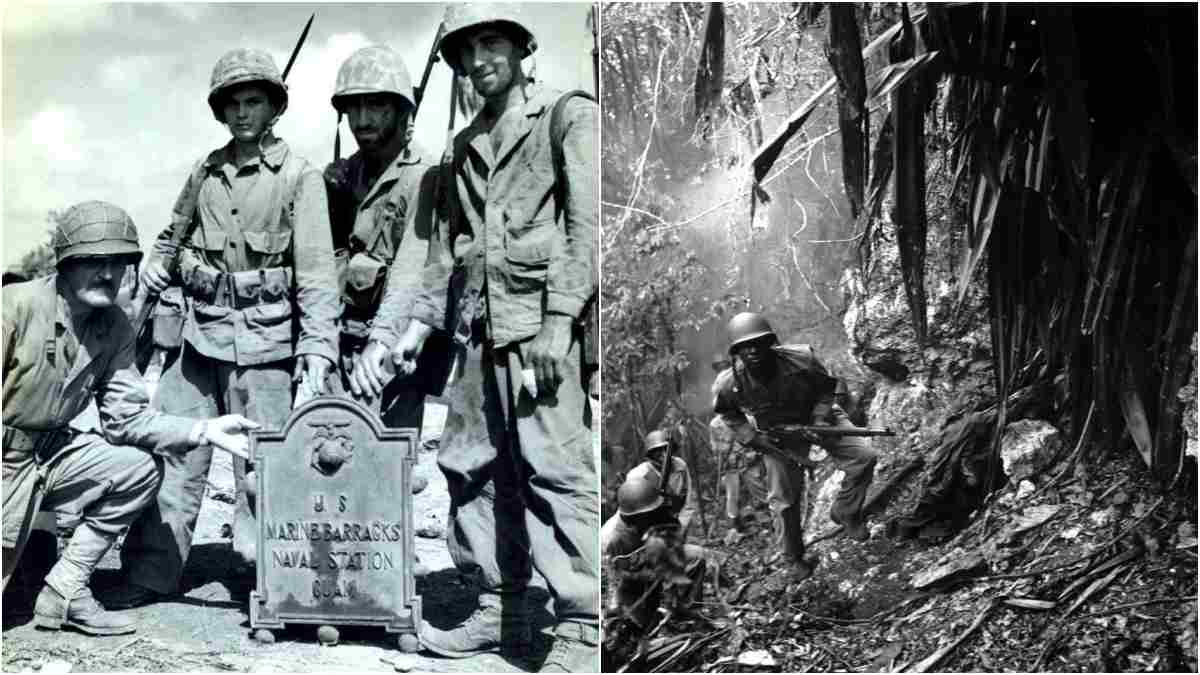 U.S. Army and Marine units, with M1s front and center, landed on Guam in July 1944 and spent weeks actively fighting the Japanese garrison. The last Japanese holdout was not discovered until 1972.

While the upcoming Guam Quarter will be the first appearance of the M1 on the country’s 25-cent coin, other firearms have made cameos.

Since 1999, the Mint has been in the process of releasing four new commemorative quarters each year. Starting with the 50 State Quarters Program which ran through 2008, a number of the 25-cent pieces included firearms. Massachusetts’s 2000 quarter includes the likeness a Minuteman of the American Revolution while New Jersey’s highlights Gen. George Washington crossing the Delaware River with armed Colonial soldiers.

Running since 2010, the Mint’s America the Beautiful Quarters Program, of which the M1-featuring Gaum coin is part, also has cannon and a musket-wielding soldier of the 72nd Pennsylvania Infantry Monument on the 2011 Gettysburg coin. Further, 2016’s Cumberland Gap National Historical Park Quarter features a flintlock-armed frontiersman gazing across the mountains to the West.

The 2017 George Rogers Clark National Historical Park Quarter shows then-Lt. Col. Clark, rifle in hand, leading his men in the capture of Fort Sackville from the British in 1779. The design of 2016’s Theodore Roosevelt National Park Quarter depicts a young Roosevelt on horseback, hand on his holstered revolver, surveying the terrain near the Little Missouri River. 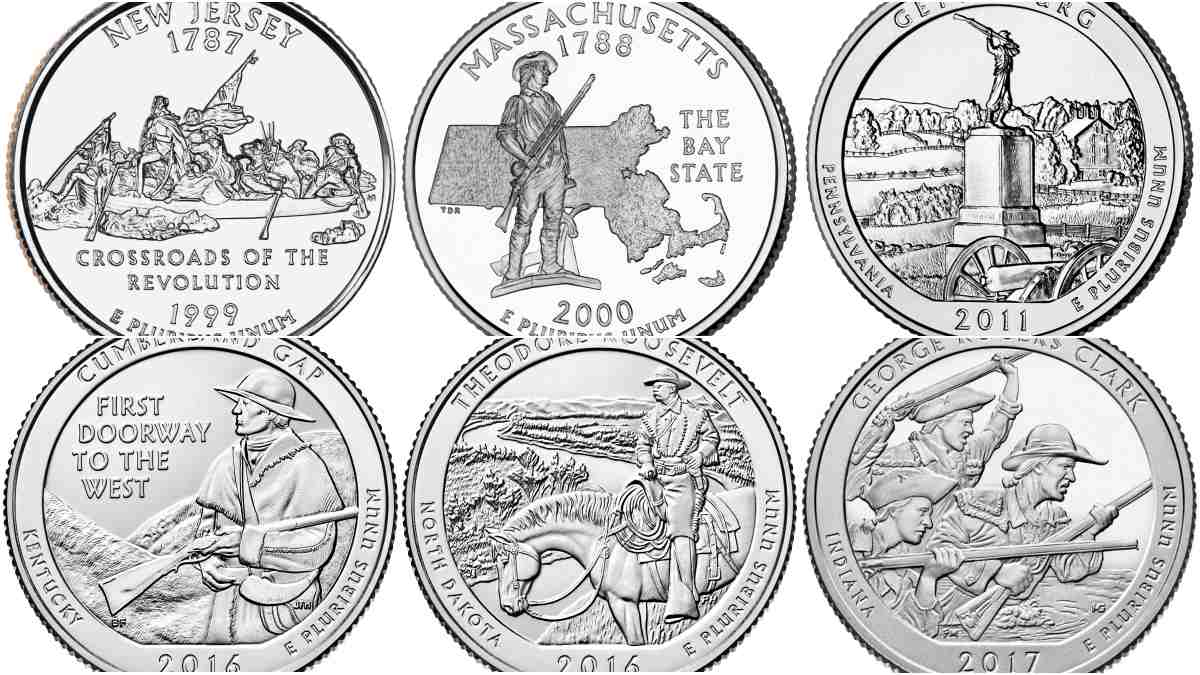 As for the M1 Garand, the rifle has previously appeared on a number of Congressional Gold Medals and bronze duplicates struck by the Mint under federal law honoring specific WWII-era military units. These medals include those for the Filipino Veterans of World War II, the U.S. Army’s 65th Infantry Regiment, Montford Point Marines, Nisei Soldiers, as well as the Code Talkers for the Kiowa Tribe, Menominee Nation, Muscogee (Creek) Nation, and St. Regis Mohawk Tribe. 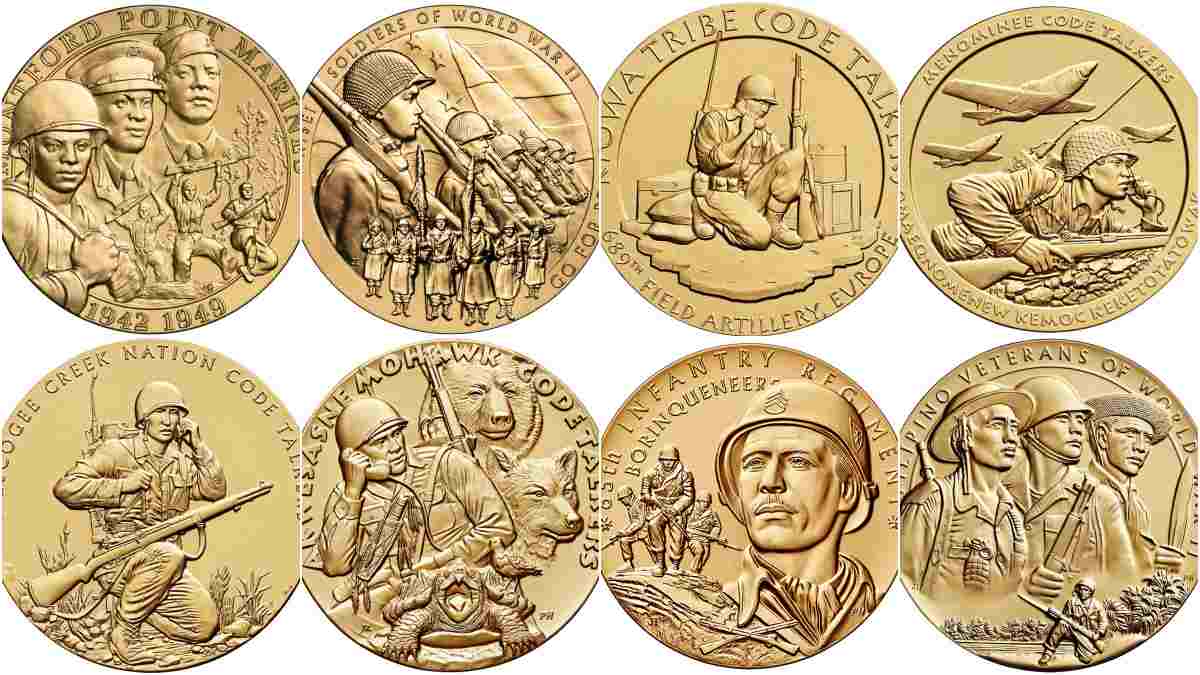 The Guam Quarter is set to begin circulation on June 3.