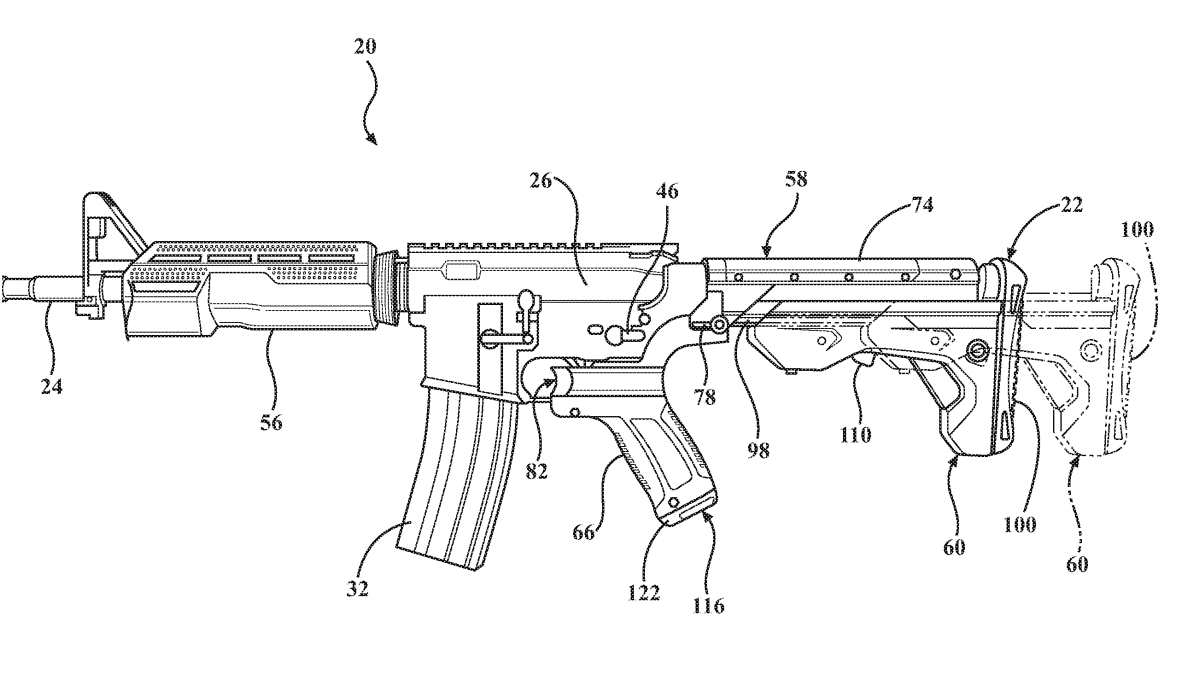 The litany of legal challenges to the federal bump stock ban generated an injunction on Thursday.

The U.S. 10th Circuit on Thursday issued a temporary stay of the pending federal bump stock ban set to take effect next week.

The stay comes in the case of Utah gun rights advocate W. Clark Aposhian, backed by the nonprofit New Civil Liberties Alliance, which takes issue with how government regulators moved to outlaw the devices last year. As such, it blocks enforcement, set to take effect on March 26, only against Aposhian while his case is in the courts.

“Today the Court of Appeals told the ATF that it could not rush through the bump stock ban without meaningful judicial review,” said Caleb Kruckenberg, NCLA’s litigation counsel, in a statement to Guns.com. “The Court understands the stakes and is refusing to let an innocent owner be declared a felon, as scheduled.”

The lawsuit, filed in January in a Salt Lake City U.S. District Court, challenges the proper role of administrative agencies– such as the Bureau of Alcohol, Tobacco, Firearms and Explosives– and whether their regulations may contradict a law passed by Congress, specifically the definition of a “machine gun” as set by lawmakers in 1934 and 1968. The case argues that ATF essentially rewrote the definition as set out by previous laws, something that was not in the agency’s power to do.

Going back to 2017, regulators had researched federal law to determine if certain bump stock devices fall within the definition of “machine gun,” which led to President Trump last February to order the Department of Justice to craft regulations to “write out” the devices himself. Since then, the primary maker of bump stocks in the country stopped taking orders for the controversial devices, although they were still readily available from dealers until this week.

Attorneys for Aposhian further argue that the government is also retroactively punishing otherwise lawful purchasers of the devices– with punishable up to 10 years in federal prison for first-time offenders– who may not hear about the ban before it turns them into felons.

While U.S. District Judge Jill N. Parrish, a 2015 appointment by President Obama, turned away Aposhian’s request for an injunction on Wednesday, saying his case has “not shown a likelihood of success,” NCLA filed an emergency request to the 10th Circuit who granted the injunction. Both sides have until March 29 to file a further response with the court.

“The Court’s decision to stay the bump stock rule is an important recognition of the high stakes in this case,” noted NCLA. “While the order is limited, the Court recognizes that Mr. Aposhian has raised a substantial basis to question the rule’s validity.”

Several other cases, filed immediately after the rule was signed by then-Acting U.S. Attorney General Matthew Whitaker in December, are also seeking injunctions with mixed results. One such effort, the cases of FPC v. Whitaker and Guedes v. BATFE, will be heard by the D.C. Court of Appeals on Friday morning.

As many as 500,000 of the devices are believed to be in circulation.

*This article has been updated from the original to be clear that the temporary stay is only for Aposhian, not for all bump stock owners. *