A limited edition collector-grade pistol the Beretta’s 92FS Fusion Blu series has been making the rounds of international trade shows.

The above video, with the sleek blue-hued pistol featured, is from the IWA Show in Germany earlier this month. The two-toned handgun previously made a cameo at the 2019 HIT Show in Vicenza, Italy earlier this year. As the gun has Maryland rollmarks, you can bet it will be on hand at the upcoming NRA Annual Meeting in Indianapolis.

Limited to a run of just 100 pistols, 60 Model 92s in 9x19mm and 40 Model 98s in 9x21mm, all the surface controls and screws are chromed and hand-polished, to contrast against the blue finished steel frame and slide. Carbon fiber grips with mother of pearl inserts complete the hand-finished package. 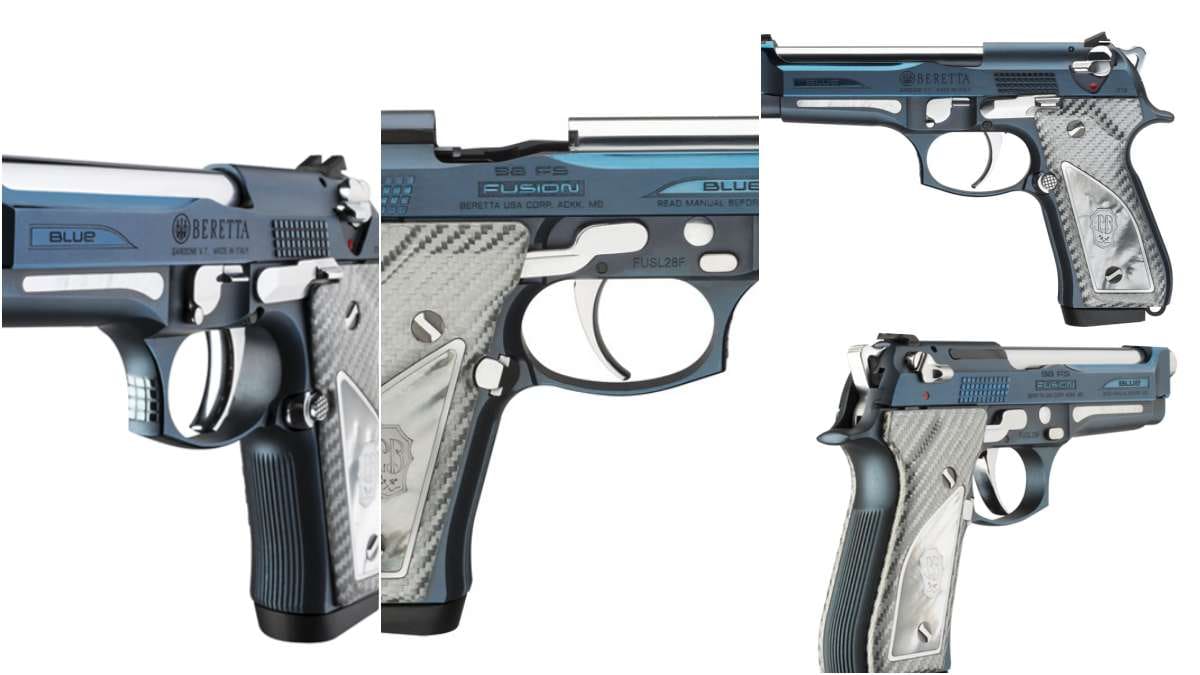 The guns are the latest in Beretta’s Fusion series of limited edition handguns.