The Growing Popularity of 3-Gun Competitions 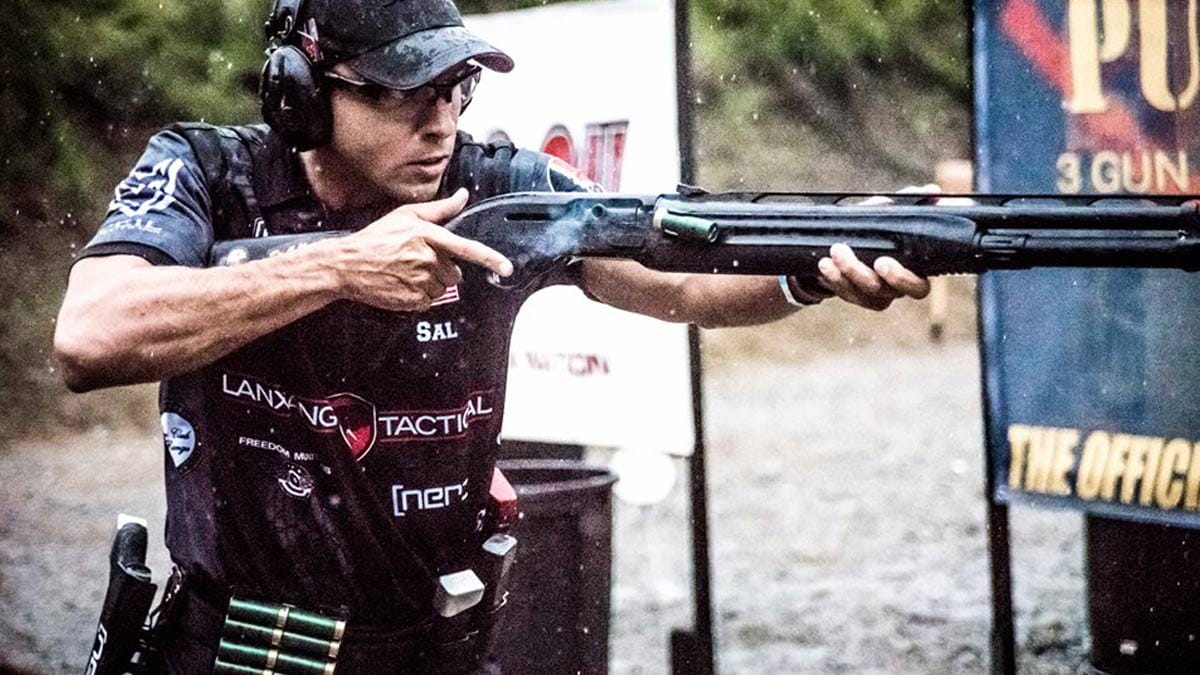 A 3-Gun shooter competing during an event in 2016. (Photo: 3-Gun Nation via Facebook)

3-Gun offers gun owners a means to develop and hone shooting skills through the use of three platforms: rifle, shotgun and pistol. The dynamic sport pushes participants to creatively problem solve through stages stacked with obstacles and targets. With a shorter tenure in the shooting world than other competitions, 3-Gun begs the question what’s the history and why is it so appealing?

3-Gun’s history begins in the early 1980s when Soldier of Fortune magazine ran an ad calling for the best shooters to compete for the title of best “all around marksman in the world.” The competition would test their ability with pistols, rifles and shotguns. In all, 150 competitors duked it out.

Bill Rogers, who took second in some of the earlier events, told Guns.com the Soldier of Fortune matches were the most inventive and creative competitions at that time, drawing in shooters who really wanted to see what they were made of.

“They were interesting matches,” Rogers said. “When you got to the last target there was a Russian dummy in a Russian uniform. He was lying on the ground and he had a Tokarev pistol in his belt. To finish the match you had to disarm the dummy and use the Tokarev. None of us had the chance to shoot the pistol before that.”

“In another match, for the handgun portion, you had to carry an ammo can through a ravine,” Rogers continued. “It forced you to either shoot one handed or put the ammo can down and use two hands, which would take more time. I won that stage because I was comfortable shooting one-handed so I was able to do that and keep running with the ammo can.”

John Shaw, taking first place at the first match and several matches after, said 3-Gun has always been a means for shooters to adequately gauge both their training and gear, a concept that reverberates into other areas of the shooting world.

“All the things we learned in competition, we took straight back to training — civilian, law enforcement, military guys,” Shaw said. “It’s good for those guys to come out to competitions so they can see for themselves what it’s all about.”

At its core, matches involve courses where shooters move through stages, engaging targets in different positions. Each stage requires the use of a different firearm, thus mandating that competitors quickly transition to a new platform. Shooters will often find clay pigeons, cardboard or steel targets at matches with varying distances. The goal of each stage is to hit the most targets without pinging “no shoot” targets or areas in the quickest time.

3-Gun in the Soldier of Fortune days was simpler in terms of matches but today the sport is organized and features divisions to accommodate a variety of shooting. While divisions vary based on matches, most fall into three major categories — Factory, Practical and Unlimited. Each offers the same basics with tweaks on what equipment or accessories are permitted. From Factory, where shooters use factory spec’d firearms, to Unlimited, where anything goes, shooters have a gamut of options from which to choose.

To compete, gun owners need the basic trinity — rifle, shotgun and pistol — along with some accessories like a holster for the pistol, extra magazines, belt or pouch for magazines and ammunition. Additional accessories may also be incorporated depending on the division.

Competitors at the first matches didn’t realize they were about to start a movement, one that would eventually gain in popularity. Today, the competition series holds the position of fastest growing competitive shooting sports, according to the National Shootings Sports Foundation. With matches held nearly every weekend, shooters from across the U.S. now have the opportunity to try their hand at a fast-paced race against the clock.

Part of the appeal, according to 3-Gun Nation President Pete Brown, is the dynamic nature of matches. Often situated around combat or self-defense scenarios, shooters engage in action-packed stages that vary from match to match.

“I feel like 3-Gun is the logical next step if you like to spend time sending rounds down range and enjoy shooting all three of the gun platforms,” Brown told Guns.com in an email. “Many shooters will grow tired of stationary plinking, and are competitive by nature. 3-Gun gives gun enthusiasts a platform to basically play a first-person-shooter game in real life, keeping the adrenaline pumping and pushing yourself to improve your speed, firearms handling, loading, transitions, movement and accuracy. Every match, stage and challenge is different and fresh.”

He added that the competition shooting industry also brings a community to gun owners who might otherwise feel alone in the gun-loving endeavors. “The shooting community features a lot of great people who love to help new shooters,” he said.

3-Gun Nation offers the largest database of local and national competitions, allowing gun owners to find one nearest them. Brown said starting in 3-Gun competition is as easy as heading to a local match.

“It’s important to have a centralized spot for the sport so that folks have a place to get started. Even if they choose to not participate in the 3-Gun Nation offerings, it can at least serve as a starting point,” Brown said. “3-Gun Nation has worked tirelessly to promote this sport over the past decade and will continue to do so. Our resources are there for anyone who wants to participate or learn more.”