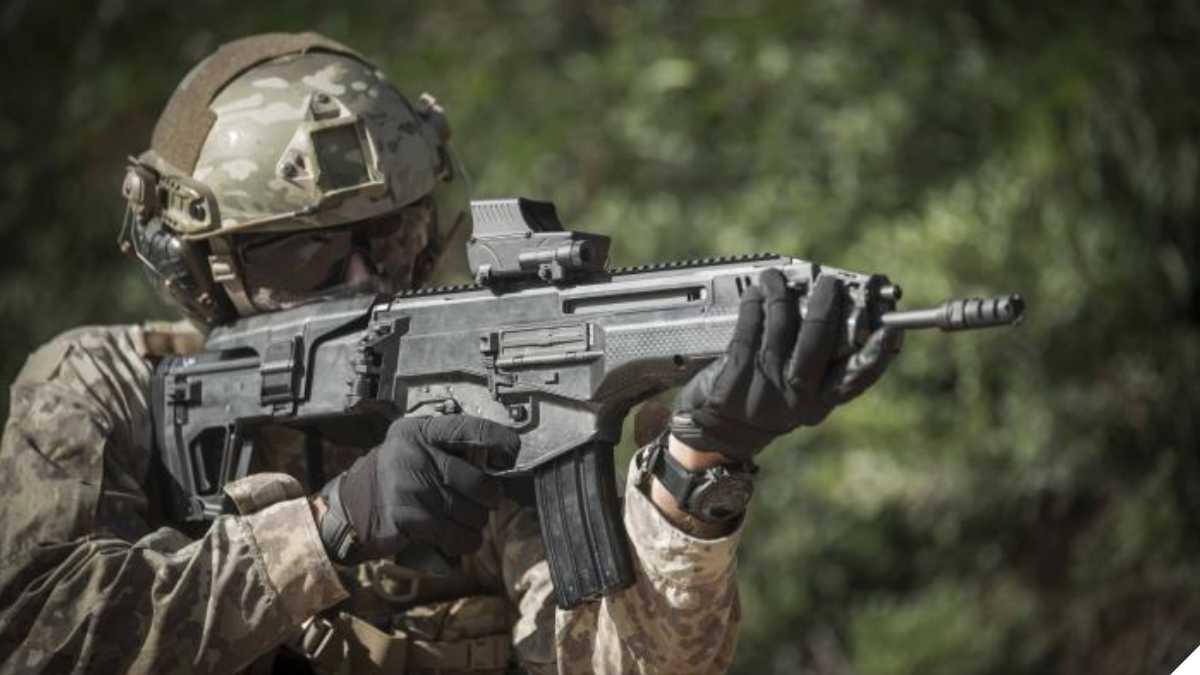 Produced by Israel Weapons Industries, the new Carmel rifle system is a new design that was announced earlier this month (Photo: IWI)

Israel’s IWI showed off their new — and non-bullpup — Carmel series 5.56mm rifle at an international defense show in Latin America earlier this month.

The gun, introduced at the Latin American Defence and Security exhibition in Brazil, is not listed on IWI’s website yet but a press release detailed that the Carmel is a more conventional take on rifles and carbines when compared to the company’s Tavor X95/SAR series.

“We have the Micro Tavor (X95) which is one of the best weapons in the world in the Bull-pup configuration,” said Ronen Hamudot, IWI’s VP of marketing and sales. “The company constantly adjusts and changes weapons, and in order to meet the demands of modern warfare and to meet the needs of existing and potential customers, we have developed a new weapon in a conventional configuration.”

The select-fire rifle uses a short stroke gas piston operating system with a three-position regulator and utilizes a lot of polymer furniture to keep the weight down to the sub-7-pound region. The barrels are quick-change at the user level in four lengths– 10.5, 12, 14.5, 16-inches. Using STANAG magazines, the Carmel has a side-folding buttstock which drops the gun’s envelope down to about 21-inches long overall when using its shortest barrel.

Hamudot explained to European Defense Review that the Carmel is a wholly new design using a rotating bolt and is fully ambidextrous with the safety lever, mag release, bolt catch, and charging handle able to be swapped by the user.

Debuting the Carmel at a military show in Rio de Janeiro makes a lot of sense for IWI. The national police in Colombia as well as the Honduran Army, and the Argentine Navy all use the Tavor X95. Meanwhile, the Colombia Army issues the TAR-21 and both the Galil ACE and more old-school Galil ARMs. Further, Brazil’s military police have bought quantities of IWI Magal carbines in the past. Finally, the UZI has seen widespread adoption for both military and police use on the continent in various formats.

No word on if IWI will produce a semi-auto Carmel for the U.S. commercial market, but the company has a long history of following up with military offerings by doing just that. The three-position select-fire model currently has an 850 round-per-minute rate of fire.